Will the global South’s large populations work to its advantage in North-South trade?

Will the global South's large populations work to its advantage in North-South trade? 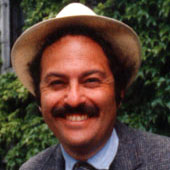 The traditional North-South version of the trade model postulates that the advanced area — the North — has the skilled workforce and research and development (R&D) capabilities to innovate new goods and services, while the less-advanced area — the South — cannot compete in these areas.

As a result, the North innovates new goods and trades them with the South, which produces older goods as it gains the technology do so.

Once the two regions have access to the same technology, the lower- wage South produces the good or service.

Workers are higher paid in the North than in the South both because workers in the North are more skilled and because the North has a monopoly on the new products.

First, the Southern country must be sufficiently populous so that it has large numbers of science and engineering (S&E) workers — even though it deploys only a relatively small proportion of its workforce in those fields.

From the perspective of the United States, there are only two countries with sufficiently large populations that they could develop larger S&E workforces than the United States — China and India.

Second, research and development productivity must depend on the number of scientific and engineering workers applied to a problem.

But the way a country organizes its R&D and the connection between research activities and business is also likely to determine productivity.

The close ties between U.S. universities and businesses — and the well-developed system of competition for research funding — arguably gives the United States an advantage in turning research input into useful commercial output. Still, eventually numbers may dominate organization.

Third, the South has the production competence to develop leading-edge commercial products — even though the bulk of the Southern workforce is less skilled and the South lags behind the North in infrastructure.

Again, this is most likely in highly populous countries that could recruit a substantial workforce with any skill mix from its huge pool of workers and could develop the appropriate infrastructure in selected areas.

Under these circumstances, a populous developing country could compete in high-tech sectors and do what the North-South trade models have assumed the South could not do — compete effectively in R&D-intensive high-tech industries.

Even if the developing country had somewhat lower quality scientists and engineers or lacked some infrastructure that gave its laboratories lower productivity than those in advanced countries, it would have a cost advantage in R&D in terms of lower wages for scientists and engineers. It would thus be able to employ less costly production labor to produce the relevant commercial products.

Loss of comparative advantage in the high-tech sector to a low-wage competitor can substantially harm an advanced country.

The advanced country would have to shift resources to less-desirable sectors, where productivity growth through learning is likely to be smaller. Wages and living standards would remain high in the advanced country because of its skilled workforce and infrastructure.

But the monopoly rents from new products or innovations would shift from the advanced country to the poorer country. The magnitude of the loss would depend in part on the number of persons working in the advanced sector and their next best alternatives.

If the low-wage country were to use its scientists and engineers to take a global lead in space exploration, there would be little impact on the economy of the advanced country. The first human on Mars would speak Chinese or Hindi — rather than English.

Students interested in space exploration might flock to the low-wage country to learn from the new scientific leaders. U.S. universities might contract or close their space science departments, but the adverse economic effects would be limited to that field.

Consider, by contrast, what would happen if the low-wage country deployed its scientists and engineers to take a global lead in sectors with sizeable employment and significant throughput to the rest of the economy. In this case, the economic losses to the advanced country could be substantial.

They would be larger than those that might occur if the advanced country lost its technological advantage to an equally advanced competitor because wages would have to fall more to make another sector competitive with the low-wage competitor.

In the extreme, if the only reason workers in the North were paid more than those in the South was that the North had a monopoly in innovating new products, the South would effectively become the North and the North would become the South, reversing their relative positions in wages.

Technology would be like a gold mine, and whichever country possessed the mine would be wealthier than the other.

Does the loss of technological advantage to a lower-wage country necessarily harm an advanced country?

Some authors argue that the loss of technological superiority in a particular sector to a low-wage competitor might generate benefits for U.S. consumers. It would do this because the low-wage country would produce those goods at low prices, as for example has occurred in computer production.

But, while consumers would benefit from the shift of some high-tech production to low wage countries, loss of technological superiority overall is likely to be disastrous for U.S. workers and firms.

From the perspective of U.S. workers, it is better to have immigrants develop and use the newest technology in the United States — rather than having them develop or use it overseas, where wages and labor standards are lower.

The human resource leapfrog model predicts that U.S. technological superiority will erode as foreign countries build up their science and engineering labor supplies and as multinational firms locate where those supplies are cost effective.

U.S. comparative advantage in generating scientific and engineering knowledge and in the high-tech sectors and products associated with that knowledge will decline.

This will be good for the world, as the spread of modern technologies to more economies will raise incomes in low-income countries.

Increased numbers of scientists and engineers will stimulate the growth of scientific and technical knowledge and the rate of technological advance, therefore expanding the global production possibility frontier.

The United States will benefit from the greater advance of new knowledge and the production of new goods and development of new processes and the reduced costs of products from innovations and products developed elsewhere.

The group facing the biggest danger from the loss of the U.S. technological edge are workers whose living standards depend critically on America’s technological superiority. The decline in monopoly rents from being the lead country will make it harder for the United States to raise wages and benefits to workers.

The big winners from the spread of technology will be workers in developing countries, and the firms that employ them, including many U.S. multinational corporations.

In the long term, the spread of knowledge and technology around the world will almost certainly outweigh the loss of U.S. hegemony in science and technology. But the transition period is likely to be lengthy and difficult — more formidable than that associated with the recovery of Europe and Japan after World War II.

The UN — Teetering on the Brink?