India at the Polls

A real question arises: Do national elections get Indians any viable results? 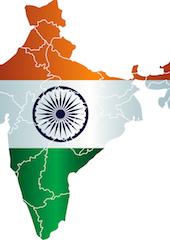 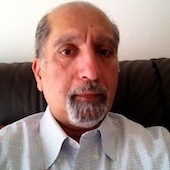 The just-concluded national elections in India represent the hopes and aspirations of 1.2 billion, or one in six people living on our planet earth.

India is the world’s largest democracy, and the most complex. More than any other country, India represents a diversity of ethnic, linguistic, religious, and regional mix of people who exercise their democratic right to elect their government every few years.

Sometimes they get what they want, mostly they fail. Democracy gets hijacked by professional politicians, thugs, criminals and absentee landlords who spare no effort to ensure that people’s will is not reflected in the final outcome.

The new government has its work cut out for it—thanks to years of drift, extremely high level of corruption and lack of accountability. The issues of greatest concern which the new government will need to address immediately can be categorized in simple economic terms— on the supply side and on the demand side.

The most important issue on the supply side is lack of governance. Governments are elected to provide governance. If they are unable to govern, as has been the case with the current UPA (United Progressive Alliance) government of Manmohan Singh, they have no moral right to remain in power.

All that he and his team have been keen on, so it appears, is to continue enjoying the perks of office without doing their job.

Troublingly, there has been very little governance in India even during the best of times, but the Manmohan Singh government has broken all records of non-governance (if there can be such a term) and drift. A new government, likely under the leadership of Narendra Modi, is expected to cap this governance deficit.

Corruption wherever you look

The second-most important issue before the new government will be corruption. It is widely believed that India is one of the most, if not the most, corrupt countries in the world. Left unchecked for too long by successive Indian governments, corruption has now seeped down to each and every level of society.

It would not be an exaggeration to say that corruption has become a part of our DNA.

And yet, there were massive protests across India against corruption during 2011-12. These protests ultimately led to the birth of the Aam Aadmi Party (Common People’s Party), which swept to power in the local New Delhi elections four months ago, before it was forced to resign for lack of support on the floor of the assembly.

But there is another economy — the underground economy or black money, which is believed to be at least the size of the official economy, or even larger.

This is the money generated by corruption, money taken by politicians, money saved by not paying taxes, and money stolen from numerous government funds and projects like NREGA (National Rural Employment Guarantee Act) and the Food Security Bill, launched in 2013.

Most of this money is transferred siphoned away to offshore bank accounts in Switzerland or Mauritius. Any new Indian government must institute adequate measures to tackle corruption and restore probity in public life.

The infrastructure deficit is the third-most important problem that needs attention. India simply does not have the highways, the fast and efficient train network, ports and airports that any modern economy needs. As a result, it cannot handle the ever-increasing movement of goods and people from one part of the country to another.

In this area too, Mr. Modi’s commitment to create jobs and development projects will provide the vision and guidance to move in the correct direction. And it will provide a benchmark, against which he must deliver — and will be evaluated against.

No discourse on contemporary India is complete without looking at the issue of gender. On the one hand, we have made great progress in achieving equality among the sexes. That is evident if one looks at the number of women who occupy important positions of status and power both in the public and private sectors.

What the Congress Party has wrought

The hopes and aspirations of the silent majority, over 800 million Indians whom development has bypassed, constitute the demand side of the Indian polity. Sixty years of governments headed by Congress — and hence its quasi monopoly on political power — has left this huge segment of the population earning less than 2 dollars a day.

For all the warm words spoken over the decades by the Gandhi clan, two-thirds of India’s population still waits for water, food, electricity, basic education and access to health/medical services.

This marginalized majority of the population and its conveniently overlooked needs are also part of democratic India. For too long, these people have only been the footnotes of Indian democracy, treated like vote-delivering herds of cattle . Come election time, and these vote banks are approached by professional politicians. The poor are the repositories of power.

Having got what they need, the politicians then do the disappearing act, and what remains visible until next election time is their arrogance. It’s a tragic dance ritual really: First, they cast the people cast their vote to elect the very representatives who then officially become their persecutors for the next five years.

Will it be different this time? One can only hope so. Decades of neglect and exploitation, dashed hopes and broken promises may finally bring about a rejection of the monopolizing, self-appropriating elites and dynastic families from the Indian political landscape.

Corruption, left unchecked for too long by Indian governments, seeps down to each and every level of society

India’s underground economy is estimated to be at least as large as the official economy.

For too long, India’s poor have only been footnotes of Indian democracy, treated like vote-delivering cattle.

India’s poor cast their vote to elect the very representatives who persecute them for the next 5 years.

Corruption, left unchecked for too long by Indian governments, seeps down to each and every level of society

India’s underground economy is estimated to be at least as large as the official economy.

For too long, India’s poor have only been footnotes of Indian democracy, treated like vote-delivering cattle.

India’s poor cast their vote to elect the very representatives who persecute them for the next 5 years.

A Bulgarian to Watch Out For