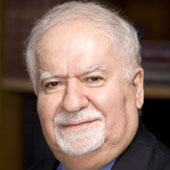 In 1831, Alexis de Tocqueville, a young French aristocrat visiting the United States, saw a new phenomenon in America. In Democracy in America, the book that emerged from his experiences, he described it, with a word he coined, as “individualism.” He was struck by Americans’ individualism because of the contrast to Europe, where “Our fathers only knew about egoism.”

During the same decade, America was visited by an Englishwoman, Harriet Martineau. She agreed with de Tocqueville that Americans had great respect for “men as individuals.” In contrast to her home country, she found that the “puerile and barbaric spirit of contempt is scarcely known in America.” And she added, “Nothing in American civilization struck me so forcibly and so pleasurably as the invariable respect paid to man, as man.”

From today’s perspective, Martineau’s praise seems problematic, because the civility, respect for differences among different groups of people and the high civic virtue to which they attest seem to be vanishing in many areas of our national life, particularly in American politics.

For de Tocqueville, the crucial question was how individuals would preserve their liberty in an age of equality. He recognized that liberty requires constant effort and vigilance, for it is difficult to attain and is easily lost. As he put it: “Its excesses are apparent to all, while its benefits may easily escape detection. The pleasures and advantages of equality on the other hand are immediately felt and require no exertion.”

This situation is further compounded by another conflict inherent in the democratic society — its atomism. Each individual becomes the center of a small and private world consisting of himself or herself and one’s immediate family and friends.

That has always been true. But the nature of the individual’s relationship to the wider society has been greatly altered by how deeply social media — personified by such new communications tools as Facebook and Twitter — along with the relentless flood of news, opinion and information promulgated by the 24-hour news cycle have all come to dominate our lives.

While they promote what many have come to feel is an over-sharing of our individual likes and dislikes — our minute-by-minute activities, the state of our relationships, etc. — social media also allow us to limit our interactions with people we perceive to be outside of our sphere, different from us, or who hold different opinions.

Hence, while new technologies and new forms of communication offer the opportunity to know more about our communities as well as the wider world and thus increase civic engagement, the flip side of being able to interact with others in seemingly boundless ways is the ability to employ technology to limit those interactions to only those that support one’s own ideas and beliefs about all aspects of society, culture and politics.

As a consequence, individuals may well lose sight of the overall community, society at large as well as the greater universe. People’s focus and energies are ever more directed toward improving their own personal lives and immediate life circumstances.

Almost two centuries ago, de Tocqueville issued a warning when he pointed out that this tendency toward an exclusive preoccupation with personal well-being and the dogged pursuit of material comfort inevitably diverts the attention and talent of individuals of “superior intellect” from politics to business and from public life to private affairs.

That may, in fact, be just where we find ourselves today. With unswerving partisanship dominating almost every area of our national life, fewer people seem willing to serve in public office. And those who do often cite the difficulty of reaching across the political divide to institute actions and achieve agreements that are necessary for the progress of society.

This is potentially dangerous, for it downgrades the importance of public service, the community and politics, which are all crucial to the health of a democracy. Although de Tocqueville did not view America, or any other country, as having completely realized the principles of freedom and equality, he did feel that America approximated these ideals more closely than any other country.

We must now ask ourselves whether his judgment still holds — or whether the country has moved in the opposite direction, hollowing out its profound civilizational advantage by prizing partisanship over cooperation and entertainment over knowledge.

Does America still embrace the principles upon which a responsible democratic society might he constructed? Do all those stabilizing “expedients” that de Tocqueville highlighted — such as our local self-government, the separation of church and state, a free press, indirect elections, the encouragement and existence of voluntary associations and, above all else, an independent judiciary — still work to safeguard our natural passion for freedom?

De Tocqueville’s Democracy in America was an argument about citizenship — citizens recognizing the desirability of postponing the immediate gratification of their desires. They did so in the expectation of more certain or greater degrees of satisfaction at a later time. It was this ability that enabled Americans to reconcile their personal well-being with the common welfare of the people.

In the final analysis, de Tocqueville believed that the delicate balance between freedom, equality and social order must be weighted by enlightened self-interest, public morality and patriotism. He believed that long-term self-interest and compassion would override short-term gratification and excesses of materialism. Individuals would learn that what is right is also useful.

If de Tocqueville returned to America today, what would his impressions be 180 years later? He would undoubtedly express anxiety over the disintegration of shared values, over lingering racism, extremes of poverty in the midst of ostentatious abundance, the continuing ravages on the environment, homelessness, the state of our public school system, and the national disgrace of having fully 14% of the population able to read at only a below-basic level and another 29% possessing only the most basic literacy skills — never mind widespread ignorance about America’s heritage, history and the world.

He would also surely express his disquietude over the corrosion of public and private ethics and civic morality, and the decline of the quality of our sense of citizenship

Though we continue to see ourselves as “individualists,” the reality of our connected, Internet-driven life seems to have grown more collective and more anonymous. “Individualism” is facing the danger of becoming a mere slogan. The fraying of the social safety net for at-risk families and individuals, the decline of social rituals and self-transcending ideas and ideologies combine to force the individual to create his or her own meaning.

While that is a trend prominent throughout the developed world, the heightened acrimoniousness in our civil discourse and the hardening of divisions across so many levels of our society, especially as they relate to socioeconomic conditions, seem to be increasing at a particularly alarming rate in the United States. Needless to say, we need a moral center. We need to be capable of moral outrage and sensitive to the pain and sorrow of our fellow men and women.

However, we cannot be bullish on ethics. It has no bottom line. It is not a commodity. Ethics is acquired. One’s character is formed throughout one’s life. Ethics cannot be bought and cannot be obtained through one or two courses taken in a law, medical or business school. Instead, we have to build meaning into our own life and build it through our commitments.

Our forefathers founded the United States as a land of opportunity, not a land of opportunists. Understanding the difference and acting accordingly is what made the United States a great country. De Tocqueville recognized that unique quality about Americans: the ability to balance their dedication to individual freedom with a commitment to doing their part to advance the common good.

In fact, that is one of the foundational ideas set forth in Democracy in America, in which de Tocqueville predicted that modern socioeconomic developments would, by necessity, promote the cause of equality among individuals and that the legitimacy of power would be based on service to the people and the extent to which a government is free.

One can only hope that in the years to come we will live up to de Tocqueville’s belief that American individualism would both flourish and grow stronger — not simply as a way to enhance the lives of some but as a force that provides opportunities for all who believe that along with rights come responsibilities, and that as Americans, we all share the responsibility for the progress of our nation and its citizens.

This essay is adapted from the author’s May 28, 1987, commencement address at Johns Hopkins University in Baltimore, Maryland.

De Tocqueville recognized that liberty requires constant effort and vigilance, for it is difficult to attain and is easily lost.

While new technologies offer the opportunity to know more about the wider world, they also give us to power to limit interactions to only those that support one's own ideas.

De Tocqueville's <i>Democracy in America</i> was an argument about citizenship — citizens recognizing the desirability of postponing the immediate gratification of their desires.

De Tocqueville recognized that liberty requires constant effort and vigilance, for it is difficult to attain and is easily lost.

While new technologies offer the opportunity to know more about the wider world, they also give us to power to limit interactions to only those that support one's own ideas.

De Tocqueville's <i>Democracy in America</i> was an argument about citizenship — citizens recognizing the desirability of postponing the immediate gratification of their desires.

Facebook — Not a Disaster, Just a Tale of Old-Fashioned Greed