Indonesia at a Critical Juncture

Great political and social hurdles stand in the way of Indonesia’s development. 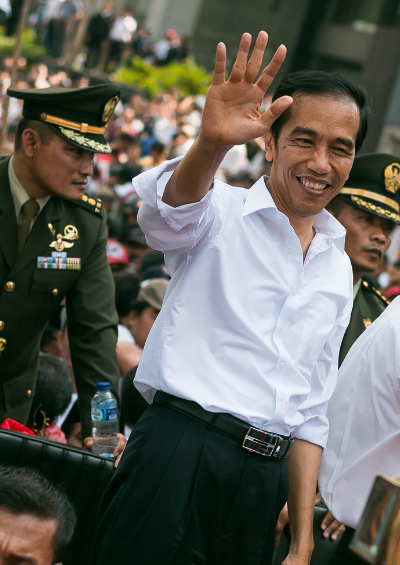 Today, the Indonesian economy stands at a critical juncture. Prices of its substantial commodity exports have been falling since 2011, and Indonesia’s oil and gas production is in long-term structural decline.

More recently, China, an important trading partner, has moved to a lower growth trajectory. At the same time, Indonesia has the potential to exploit a demographic dividend, as the working age population could increase by 15 million to 190 million from 2013 to 2020. Already some 43% of Indonesia’s population is below the age of 25.

Navigating this critical juncture will not be easy

Indonesia’s new President, Joko Widido (“Jokowi”) is a breath of fresh air after years of policy drift under President Susilo Bambang Yudhoyono. A self-made businessman, Jokowi is now a reform-minded politician, who is untainted by accusations of corruption.

But Jokowi has his work cut out for him. His political allies do not hold a majority in the parliament. The pace of reform has slowed since the Asian financial crisis. And protectionist tendencies have been evident, such as in the ban on the export of unprocessed mineral resources.

Indonesia is not an easy country in which to do business. It ranks only 114th in terms of the ease of doing business among the 189 countries surveyed by the World Bank.

Indonesia ranks even worse than the Philippines (95th), China (90th) and Vietnam (78th). And for some criteria, its rank is simply appalling, such as the 153rd for dealing with construction permits, 155th for starting a business and 172nd for enforcing contracts.

The OECD estimates that Indonesia has the fourth most restrictive policies towards FDI of the 58 countries it surveyed. Inflows of FDI are lower than in Indonesia¹s ASEAN peers.

Corruption is endemic in Indonesia, with Transparency International placing it at 107th out of 174 countries, way behind problem cases like China (100th), the Philippines (85th) and India (also 85th). In particular, corruption is widespread in the judiciary and law enforcement, according to the World Justice Project.

Indonesia’s poor infrastructure is legion, with the World Economic Forum ranking it 61st out of 144 countries surveyed. It is hardly surprising that Jakarta should have the worst traffic in the world. The Indonesian road length only grew by 35% over the past decade, while vehicle growth was 300%! The country’s infrastructure deficit has been a significant drag on economic and productivity growth.

Logistic bottlenecks are also preventing better integration into global value chains. Poor inter-island transportation prevents Indonesia from being an effective single market. It is often more expensive to ship goods from one Indonesian island to another than it is to ship from Indonesia to Singapore, China and even Rotterdam.

Access to financial services is very limited according to the OECD. A large proportion of poor households, micro-businesses and SMEs are excluded from formal banking and lending services. Overall, only 20% of adults have an account at a formal financial institution, compared
with 35% in India and 64% in China.

If only Indonesia could improve its business and investment climate, it has great opportunity to unleash the productivity potential of the economy, and become an industrial power.

China, which became the factory of the world in the 1990s and 2000s, has been suffering from rising wage costs and a declining workforce due to population aging — thereby creating a window of opportunity for countries like
Indonesia.

But to exploit this window of opportunity, Indonesia needs not only a more business-friendly environment. It also needs a massive improvement in the quality its workforce to lift its productivity and GDP per capita.

In the 2012 OECD PISA study, which focused on the education abilities of 15 year old students in 64 countries, Indonesia had the second lowest score (in contrast, fast-growing Vietnam, which still has a lower GDP per capita, ranked 17th). Over 50% of Indonesian 15-year olds do not even master basic skills in reading or mathematics.

The fact that the equivalent of almost six years of schooling separates the highest and lowest average scores in PISA 2012 highlights how far behind Indonesia is. Indeed, some 70% of Indonesian manufacturers indicate that it is very difficult to fill skilled positions.

Regrettably, a familiar refrain emerges in the education sector — around one-third of Indonesia’s education budget is misappropriated according to Indonesia Corruption Watch. And some 20% of Indonesian teachers are absent from the classrooms every day.

Improving economic opportunity for women could also greatly improve Indonesia’s economic prospects. It ranks a lowly 97th out of the 142 countries surveyed in the World Economic Forum¹s global gender gap index. Female participation in the workforce is relatively low, and many of those with jobs have part-time employment in the informal sector.

Another group regrettably deprived of economic opportunity is Indonesia’s indigenous people. They number some 50-70 million, out of a total population of 250 million and suffer terrible human rights abuses, especially in West Papua. Close to 40% of the West Papua population lives in poverty.

One factor holding Indonesia back has been the decentralization of government administration since the early 2000s. This may have brought government closer to the people. But it has also led to many inefficiencies in service delivery, and increased local level corruption.

President “Jokowi” has made an impressive start to his presidency since he took office in October 2014. His decision to abolish most fuel subsidies was a courageous decision, even if it was facilitated by the sharp fall in world oil prices. These savings will hopefully contribute to tackling poverty and improving education and infrastructure.

Over the coming decade, Indonesia will need economic growth rates of over 5% to avoid serious unemployment problems and the risks to social and political stability that this entails. Already, more than 20% of the youth population is unemployed. To make serious progress in climbing the development ladder would require growth rates around 10%.

Indonesia has great potential to succeed in its development challenge. But with a multitude of political and social hurdles, it will not be easy to make the necessary difficult decisions.

Indonesia now finds itself at a critical economic juncture.

Will Jokowi be able to surmount Indonesia's development challenge?

Indonesia’s infrastructure problems are only one of the many hurdles it will face in the coming years.

By an OECD measure of education in 64 countries, Indonesia ranked 2nd to the bottom and Vietnam ranked 17th.

Indonesia now finds itself at a critical economic juncture.

Will Jokowi be able to surmount Indonesia's development challenge?

Indonesia’s infrastructure problems are only one of the many hurdles it will face in the coming years.

By an OECD measure of education in 64 countries, Indonesia ranked 2nd to the bottom and Vietnam ranked 17th.