Is Iran Spreading Its Wings in Latin America?

How is Iran penetrating the Western Hemisphere by way of Venezuela?

How is Iran penetrating the Western Hemisphere by way of Venezuela? 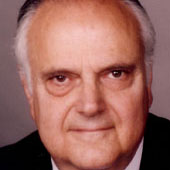 White House officials keep repeating the habitual State Department line of many years that, although the Venezuela of Hugo Chavez was annoying, it did not represent a real or potential threat to national or hemispheric security.

But, I wonder, how does that square with realities such as weekly flights connecting Caracas and Tehran — and stopping in Damascus? These flights (which are alternately Conviasa and IranAir flights), while ostensibly commercial, accept no commercial passengers — and they unload official passengers and cargo without any immigration or customs controls.

In addition, Iran and Venezuela have formed a joint shipping line, the IRISL Group. Sounds harmless enough in a world of global commerce, right?

Not when you find that on December 30, 2008, Turkish authorities intercepted 22 containers marked "tractor parts" in the port of Mersin that in fact contained materials for making bombs and weapons, bound from Iran to Venezuela. IRISL has now been blacklisted by the U.S. government.

In the last several years, at least since 2004, Iran has created a large network of installations of various kinds in Venezuela and in other countries in Latin America. It has engaged vigorously in activities covering such areas as diplomacy, commerce, finance, industry and energy.

The total of the announced investments of Iran in Latin America exceeds $20 billion. The curious thing is that there is no history whatsoever of Iranian involvement in Latin America prior to the current surge of interest.

In particular, there is no affinity at all between monarchic or Islamic Iran and the countries of the Western Hemisphere — historical, cultural, political, economic or otherwise.

What makes this all the more curious is that Iran has little or no experience or expertise in the peaceful use of nuclear energy, a well-understood and mature technology applied in numerous countries and by numerous companies around the world.

It is often overlooked that the claim of Iran that its nuclear facilities and activities are for peaceful purposes is on its face ridiculous. It is obvious that the "technical assistance" being provided by Iran (and Russia) to Venezuela (and Bolivia) is for the purpose of finding and efficiently mining uranium deposits.

That aside, Iranian participation in drug trafficking through Venezuela, to Central America, Mexico, the United States, the Caribbean and West Africa/Europe is extensive. The proceeds are used to finance further penetration of Iranian interests in the region — as well as to partially fund terrorist organizations, along with extortion and kidnapping.

Ocean-going tuna boats load cocaine from Iranian installations in the delta of the Orinoco River, which is navigable for a substantial distance from the Atlantic. The cocaine is stored in a so-called "cement" plant and packed in bags marked "cement," taken across the Atlantic to West Africa, unloaded there and transshipped to Europe.

A "cement" plant is perfect for this purpose since its supposed product is shipped in bags and because some of the chemicals used in cocaine production are also used in cement production.

In similar fashion, tuna boats are perfect for transporting cocaine because in the upper hold there actually is tuna, the smell of which masks the cocaine.

Other routes through Venezuela channel cocaine through Santo Domingo, Haiti and the Dominican Republic to the U.S. Gulf Coast and the west coast of Florida.

Cocaine is also flown or shipped in boats through Central America, particularly Honduras and Guatemala, into Mexico and from there to the United States.

Protection of the drug trade by the Venezuelan National Guard is so notorious that reference is made to the "Cartel of the Diamonds," referring to the insignia of the rank on National Guard officers' epaulets.

The Iranians have acquired "industrial" installations throughout Venezuelan territory, including a "tractor" factory in Bolivar State, a "cement" plant in Monagas, a car assembly plant in Aragua — and a bicycle factory in Cojedes. Some of these installations in reality are used primarily as warehouses for the storage of illegal drugs, weapons and other items useful to them and their terrorist clients.

In addition, the Islamic Republic bought a gold mine in Bolivar which indeed produces gold, but also produces uranium.

Since the Venezuelan government controls all ports and airports, there is no way of ascertaining what is entering or what is leaving the country — other than what the government wants the public to know.

It is becoming increasingly clear that one of the principal motivations of all this activity is for Iran to be able to retaliate against the United States if it is attacked — particularly by damaging the Venezuelan oil facilities and blocking the Panama Canal. In short, the Iranian penetration into the Western Hemisphere indeed is a security threat to The United States.

A Note on Sources

Some of the above is based on confidential information through informants inside and outside of Venezuela. Most of it is based on open sources. See Cynthia Arnson, Heleh Esfandiari & Adam Stubits, eds., IRAN IN LATIN AMERICA, Woodrow Wilson Center, 2010; Ely Karmon, Iran's Goals in Latin America, The International Institute for Counter-Terrorism, Herzliya, Israel ; Douglas Farah, Iran in Latin America: An Overview, The Woodrow Wilson International Center for Scholars, Summer 2009; Steve Stecklow and Farnaz Fassihi, Iran's Global Foray has Mixed Results, Wall Street Journal online, September 29, 2009, "The Link Between Iran and Venezuela: A Crisis in the Making?"; Briefing by Robert M. Morgenthau at the Brookings Institution, September 8, 2009.

Iran wants to be able to retaliate against the United States if it is attacked — particularly by damaging the Venezuelan oil facilities and blocking the Panama Canal.

Technical assistance will now be provided to Venezuela by Iran in the area of nuclear power, although Iran has little or no experience or expertise in the peaceful use of nuclear energy.

It is obvious that the "technical assistance" being provided by Iran is for the purpose of finding and efficiently mining uranium deposits.

Iran wants to be able to retaliate against the United States if it is attacked — particularly by damaging the Venezuelan oil facilities and blocking the Panama Canal.

Technical assistance will now be provided to Venezuela by Iran in the area of nuclear power, although Iran has little or no experience or expertise in the peaceful use of nuclear energy.

It is obvious that the "technical assistance" being provided by Iran is for the purpose of finding and efficiently mining uranium deposits.