A poor record on human rights hurts democracy in Japan. 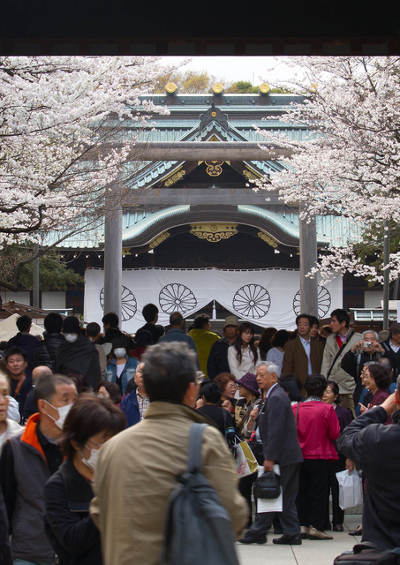 Visiting Japan, one is struck by the civility and moderation of its people — and the sharp contrast in this regard with some of its extreme leaders and minority groups.

I have the distinct impression that the real enemy of the Japanese people is their own political passivity in the face of their misguided elite. A strong political culture is as much a part of democracy as are elections.

The very sharp criticisms of Japan, recently meted out by the United Nations Human Rights Committee (HRC), are a harsh reminder of how shallow democracy is in that country.

Extreme politeness, courtesy and kindness are the face of Japan that most visitors see and appreciate so much. But there is another side of Japan which is dark and sinister.

This includes many shameful acts and practices which were highlighted by the HRC. For example, there is “widespread racist discourse against members of minority groups, such as Koreans, Chinese or Burakumin, inciting hatred and discrimination against them.”

Foreign trainees and technical interns are the subject of “a large number of reports of sexual abuse, labor-related deaths and conditions that could amount to forced labor.” And “a large number of persons with mental disabilities are subject to involuntary hospitalization.”

It is of course true that obnoxious behavior exists in all countries. But it is the role of the state to legislate against such behavior and to enforce that legislation. The state should promote attitudes of tolerance, respect and openness. It should not be complicit in abuses of human rights.

Unfortunately, the HRC notes that the Japanese government has “not made any progress to establish a consolidated national human rights institution.” The HRC also remains “concerned” about the persistence of trafficking in persons.

The HRC also feels concerned by “the low number of prison sentences imposed on perpetrators, the absence of cases of forced labor brought to justice, the decline in victim identification, and the insufficient support granted to victims.” It is also concerned about “reports on widespread surveillance of Muslims by law enforcement officials.”

The HRC had stern comments to make about one of the great tragedies of modern times, the Fukushima Daiichi nuclear disaster. This is now widely regarded as a man-made disaster, as a Japanese parliamentary commission argued convincingly, not a natural disaster.

The HRC is concerned that former residents have no choice but to return to highly contaminated areas because of “the high threshold of exposure level” that the government set in Fukushima, as well as the decision to cancel some of the evacuation areas.

The Committee also expresses serious concern about the Japanese government’s contradictory position regarding the sexual slavery practices against “comfort women” by the Japanese military during wartime, as well as a lack of effective remedies available to them as victims of past human rights violations.

The fall of the stone wall

As Asia’s most mature democracy and a country sitting in the midst of great economic and political power transitions, Japan should not treat the HRC’s report lightly. Its traditional approach of stonewalling is no longer viable. The HRC noted that many of its previous recommendations have not been implemented.

In contrast to Germany, Japan was not obliged to seek reconciliation with its neighbors following the end of the Second World War. The political circumstances of the time were vastly different from now.

As China and Korea have grown in economic and political strength and self-confidence, they have pushed for a just resolution of wartime grievances. Japan has been responsive, such as through the 1993 Kono Statement acknowledging the involvement of the Japanese imperial army in the establishment of “comfort facilities.”

But Japan’s approach has always seemed more legalistic than heartfelt. This impression of a lack of sincerity is given credence by the occasional unfortunate statements by leading Japanese personalities which seek to deny or minimize the comfort women issue, the rape of Nanking and other issues.

The Japanese Government also seems deaf to calls, such as by Korea’s Minister of Foreign Affairs Yun Byung-se “to accept its governmental responsibility, take responsible measures, and educate current and future generations with regard to the “comfort women” issue.”

The Abe government’s recent review of the background Kono Statement, which reflected a lack of sincerity and commitment to the Statement, gave rise to an outburst of criticism by China and Korea. Thankfully, the Abe government’s insensitive review did not lead to any change, but not without damaging relations in the neighborhood and beyond.

The U.S. Embassy in Tokyo placed the following criticism on its website — “the United States is disappointed that Japan’s leadership has taken an action that will exacerbate tensions with Japan’s neighbors.”

While he refrained from visiting the shrine, Prime Minister Shinzo Abe sent a ritual offering instead. This has predictably angered China and Korea at a time when Japan is courting better relations and when Prime Minister Abe is desperately seeking a summit meeting with Chinese President Xi Jinping.

It is true that China and Korea like to stir up anti-Japanese sentiments for domestic political reasons. But as a declining Asian power, Japan’s security situation is only weakened by its current behavior and attitude.

Its security is also undermined because it diminishes the natural sympathy that Western countries feel for Japan, in light of its exemplary pacifist record in the post-war period.

An example for the east

Japan lives in an Asian region plagued by non-democratic and authoritarian regimes, abuses of human rights, aggressively provocative approaches to border disputes, and where some countries are unable to be honest and open about their own past actions.

In this hornet’s nest, it should seek to occupy the region’s high moral ground. This means becoming a real democracy at home and showing genuine respect, humility and sensitivity towards its neighbors.

Japan could become a source of democratic inspiration and a beacon for other countries in the region which are seeking shared peace, prosperity, stability and security. It would regain the sympathy and support of the whole democratic world.

The pursuit of such soft power would be Japan’s greatest source of strength and security. It cannot go its own way in today’s world. For its own survival, Japan must solidify its fragile place among the world’s mature democracies. But to occupy Asia’s high moral ground, Japan will need to address the many issues raised by the Human Rights Commission.

Japan could serve as an example for Asia. Instead, its stances on human rights frustrate its neighbors and allies.

Both democracy and diplomacy in Japan suffer due to misguided elites, unwilling to tackle human rights abuses.

Japan could serve as an example for Asia. Instead, its stances on human rights frustrate its neighbors and allies.

Both democracy and diplomacy in Japan suffer due to misguided elites, unwilling to tackle human rights abuses.