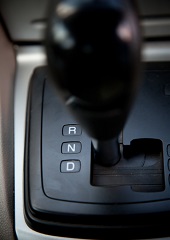 1. In Japan, optimists argue that the desire of Prime Minister Shinzo Abe and like-minded nationalists for a strong economy to ensure Japan’s place on the global stage will keep up pressure for reforms.

2. Abe’s calls are for a 21st-century version of the “Enrich the Country, Strengthen the Army” slogan of the late 19th-century reformers who modernized Japan.

3. Abe’s growth strategists are split. There are those who see a big role for government in picking and backing new growth sectors — and those who want government to get out of the way to allow innovation. This clouds the outlook for economic reforms.

4. The prime minister promised farmers that he would protect five “sacred” agricultural commodities from the elimination of tariff barriers that are central to the Trans-Pacific Partnership: rice, wheat, beef, dairy products and sugar.

From Japanese PM pledges to back farmers in trade talks by Jonathan Soble (Financial Times) and For Abe, it’s time to deliver by Linda Sieg (New York Times)

Abe's calls are for a 21st-century version of the "Enrich the Country, Strengthen the Army."

Abe's calls are for a 21st-century version of the "Enrich the Country, Strengthen the Army."