After the globalization of the football economy, how to combat xenophobic violence in European stadiums?

After the globalization of the football economy, how to combat xenophobic violence in European stadiums? 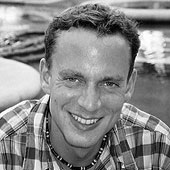 Corporate Communications Manager, Institute for the Study of Labor Mark Fallak is Corporate Communications Manager at the Institute for the Study of Labor (IZA), an international think tank based in Bonn, Germany. The institute analyzes the problems associated with the organization of labor markets in an increasingly globalized economic environment. Having lived in Washington, Amsterdam […]

In some of the major European leagues, the share of foreign players now reaches up to 60%. The 18 clubs of the German Bundesliga, for instance, currently employ 153 EU and 60 non-EU foreigners, adding up to a total share of 46%.

If you look at the national teams, the integration process is equally astounding. Even Germany, which had traditionally been much slower to integrate foreign-born players than other European soccer countries, now has a genuinely multiethnic national team.

Of the recent players on the German squad, three were born in Poland, one in Brazil (with Panamanian-Hungarian roots), one in Switzerland (with Belgian-Italian roots) and one in Ghana. Another player has a Ghanaian father — and two others were born to Spanish parents in Germany.

Most supporters welcome the infusion of African and Latin American ball-handling elegance, which has enriched the traditionally efficient yet rather clumsy German style.

However, the globalization of the soccer economy has also aggravated xenophobic violence in stadiums all over Europe. Mixed with the partisan nature of some supporters and the national and regional allegiances within the game, racism has always been a major problem in soccer.

An unusual accumulation of racist confrontations in Spain, Italy, France and Belgium prompted FIFA in 2006 to pass a new set of rules. They can cost the offending team three points for a first offense, six for a second — and relegation for further violations. The team can also be disqualified or excluded from international tournaments.

This regulatory approach is complemented by a grassroots initiative on the European level. Various supporters groups from different regions have united with soccer associations and players unions to establish FARE (“Football against Racism in Europe”).

With support from UEFA and the European Commission, FARE seeks to fight racism on the local and regional level through a number of smaller projects.

In an annual “action week,” which takes place from October 17-30, the FARE Network coordinates a host of activities against racism in and around soccer stadiums across Europe.

National soccer authorities are also continually fighting to eradicate the scourge of racism from the game. A year ago, soccer fans in Aachen, a town in Germany close to the border with Belgium and the Netherlands, almost experienced what could soon become a reality in stadiums.

The referee threatened via loudspeakers to suspend the match between Alemannia Aachen and Borussia Mönchengladbach — after fans had called Brazilian player Kahe an “asylum seeker.”

The incident came only a week after racist slurs were made against Schalke striker Gerald Asamoah in Rostock. The German soccer federation DFB then sentenced the opposing team to a 20,000 euro fine — and one home game without spectators.

This precedent-setting case was seen as a message to soccer clubs that they are also responsible for their fans’ behavior.

Asamoah, who in 2001 became the first African-born player on the German national team, is probably one of the most popular victims of racist insults — not just from the bleachers, but apparently also on the field.

Weidenfeller and his club were quick to seek a plea bargain before the German Soccer Association (DFS) Disciplinary Committee. The goalie was sentenced to a minor fine and a three-game suspension for a “derogatory verbal lapse.”

Had he been convicted of racist insults, the strict DFB and FIFA rules could have cost the club millions — not just as a result of the points deduction, but also because major sponsors could have dropped out.

The incident generated quite a stir in Germany because it showed that — contrary to public perception — racism is a real issue even between Bundesliga players, not just among hooligans of the lower leagues and local clubs.

After all, for Germany there is much more at stake than for other countries facing similar problems. The host nation of the 2006 Soccer World Cup has surprised the world with a newly discovered peaceful patriotism.

Even the British press, which is known to be quick with its Nazi comparisons, applauded the re-emergence of a “healthy” national pride.

Millions of German soccer fans were seen waving the national flag, while celebrating with guests from all over the world. In this situation, any new hints at racism and xenophobia will leave a stale aftertaste.

In 2010, the next Soccer World Cup will again be an opportunity to show that — despite the big problem with racism — soccer has the power to unite billions of fans around the globe in their enthusiasm for the game.

The tournament will then be hosted by another country that is still trying to come to terms with its history of racism — South Africa.

Corporate Communications Manager, Institute for the Study of Labor Mark Fallak is Corporate Communications Manager at the Institute for the Study of Labor (IZA), an international think tank based in Bonn, Germany. The institute analyzes the problems associated with the organization of labor markets in an increasingly globalized economic environment. Having lived in Washington, Amsterdam […]