U.S. workers could be big winners in the current trade talks. 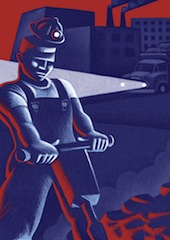 President Obama’s drive to complete new open trade agreements with the European Union (TTIP) and 11 Pacific Rim nations (TPP) are the most critical economic initiatives of his second term.

The TTIP’s and TPP’s importance reflects the basic patterns of economic growth across the world. After a decade of unusually weak growth, job creation and income gains, one fact of life stands out: Americans’ future prospects to enjoy rising wages and higher levels of employment are increasingly linked to how successfully U.S. businesses can tap into foreign demand.

Beyond the big demand-side issue of attracting new Asian and European business and consumer customers for U.S. companies, the two agreements also should subtly affect the tradeoffs that U.S. multinationals typically face in meeting that foreign demand:

On one side of the equation is exporting goods and services produced at the U.S. home base. On the other side is the option to expand their European and Asian operations.

Those more subtle effects could produce large long-term benefits for American workers. Because the agreements would reduce the costs of exporting to Asia and Europe, goods produced by U.S. workers would sell better there.

In terms of big numbers, the Transatlantic Trade and Investment Partnership (TTIP) talks would end most tariffs. It would also reduce countless other barriers to open trade between the United States and the 28 countries of the European Union. The EU has a combined GDP of some $17 trillion, which is very close to the United States’s $16 trillion.

Not only would the agreement give U.S. businesses and investors much greater access to European consumers and businesses, including the fast-growing emerging economies of Central and Eastern Europe. It would be nearly as much access as firms headquartered in, say, Germany or France enjoy today under the rules of the EU.

Equally important, such an agreement would recalibrate the choices that U. S. companies face today between exporting to Europe and increasing their foreign direct investments there.

For the first time, U.S. multinationals could enjoy nearly unfettered access to the European market — without setting up more operations there, which today is pretty much the name of the game.

The second proposed agreement, the Trans-Pacific Partnership (TPP), also would reduce tariffs and other barriers between and among the United States and Australia, Brunei Darussalam, Canada, Chile, Japan, Malaysia, Mexico, New Zealand, Peru, Singapore and Vietnam.

Not counting the U.S. and our NAFTA partners, Mexico and Canada, where the United States already enjoys open trade (despite much-discussed friction ahead of the latest NAFTA leaders’ summit), the other TPP countries represent nearly $9 trillion of potential demand for U.S. goods and services.

And much like the proposed EU-US partnership, the Pacific agreement would, at once, lower tariffs and other barriers to U.S. exports to those countries. In so doing, it also would change the calculus of foreign direct investment (FDI) versus exports in ways that would tilt more towards exports.

Lots of factors go into a multinational company’s decision to set up operations in a foreign market.

A U.S. producer of advanced microchips – or of potato chips for that matter – will consider, for example, how stable a country’s economy and government are, whether it respects and enforces contracts, the condition of the infrastructure, and the quality and cost of labor.

And a producer always has the alternative of exporting the chips to the foreign market. In weighing that alternative, the critical issues include — in addition to the quality and cost of U.S. labor and the transportation required — the cost of the tariffs and the administrative hurdles affecting imports into that foreign market.

Trade agreements that cut those tariffs and lower those hurdles may shift the decision from FDI to exports, at least when it’s already a close call.

Ultimately, the numbers say it all: If only 10% of current U.S. FDI flows to countries involved in the two trade agreements under negotiation were to shift to domestic investments to support higher exports, it could boost U. S. employment by as much as 450,000 jobs.

New markets for the United States

All in all, these two initiatives present a singular opportunity to open up markets abroad that represent nearly half of all non-U.S. global GDP.

As the world’s most broad-based and most productive economy, the United States is well positioned to use this enhanced access to increase its global market shares in countless advanced goods and services.

And, by reducing the costs of exporting into foreign markets, as compared to setting up more new factories and offices inside those markets, these agreements could be the first new trade pacts for a global economy that genuinely favor U.S. workers.

By reducing export costs to foreign markets, TPP & TTIP could be the first trade deals that really help US workers.

The U.S. is well positioned to use enhanced market access from TPP and TTIP to increase its global market share.

Just 10% of current US FDI in countries entering TPP & TTIP could boost US employment by 450k jobs if brought home.

By reducing export costs to foreign markets, TPP & TTIP could be the first trade deals that really help US workers.

The U.S. is well positioned to use enhanced market access from TPP and TTIP to increase its global market share.

Just 10% of current US FDI in countries entering TPP & TTIP could boost US employment by 450k jobs if brought home.