Why did Myanmar’s generals build a new capital in the middle of nowhere? 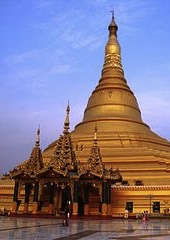 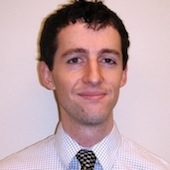 David Logan is a writer, educator and Princeton-in-Asia Fellow in Shenyang, China.

On February 5, 2005, so the story goes, Myanmar’s ruling generals told the country’s civil servants to pack their bags.

They would have to leave in the morning for their new home and the country’s new capital, Naypyidaw.

Spread over more than 2,700 square miles, Myanmar’s new capital Naypyidaw was built on empty grassland 450 miles north of the old capital of Yangon.

In a country where children can still be seen scavenging in roadside garbage heaps, the new capital is a testament to excess. It features unheard of luxuries such as 24-hour power, landscaped gardens, golf courses, single-family villas and a zoo showcasing penguins.

It’s impossible to know exactly how much the new capital cost, but most estimates put it around $5 billion. At the time of the official move, the country’s per capita income was, by some reports, only $280 a year.

Myanmar is not the first modern state to change capitals. In fact, decisions by countries to move capital cities, while often dramatic, are not uncommon.

Since World War I, there have been 17 capital moves, roughly one move every five to six years. The countries are diverse in geography, demographics and politics—Russia, Australia, New Zealand, Nigeria, Rwanda, Chile and Kazakhstan among them.

And Naypyidaw is certainly not the only example of an unorthodox capital.

While Pretoria is South Africa’s administrative center and host to foreign embassies, the country actually has three capitals. The executive branch is based in Pretoria, the legislative branch in Cape Town and the judicial branch in Bloemfontein.

When the Finnish president relocates every summer from Helsinki to the summer residence in the city of Naantali, presidential government sessions move as well.

But Myanmar’s Naypyidaw does represent one of the more extreme and, on the surface, inexplicable of all capital movements in modern times.

Sometimes, states will relocate their capitals to forge national unity or calm geographic or ethnic tensions.

In 1865, the capital of New Zealand moved from northern Auckland to Wellington, located at the very southern tip of New Zealand’s northern island. The move was an attempt to forestall a possible bid for independence by the southern island, which contained most of the nation’s gold deposits.

In 1991, Nigeria moved its capital from the coastal Lagos to inland Abuja. The key point was that it is located between the country’s Muslim north and Christian south.

In the case of Naypyidaw, there was a clear attempt at nation-building and shoring up the legitimacy of a military regime that enjoyed little popular support.

One of the best examples of the city’s grandiosity is the Uppatasanti Pagoda, which rises from the northern edge of the city. The pagoda is a replica of Yangon’s famed Shhwedagon Pagoda, the most revered Buddhist site in all of Myanmar.

The allure of white elephants

Visible just below the corner of the Uppatasanti Pagoda is a small enclosure holding perhaps one of Myanmar’s most valuable items — white elephants.

In the summer of 2010, the regime announced the discovery of the two white elephants. Their status historically bordered on the divine and was often treated as a sign of strength and prosperity.

The allure of the white elephant was so great that, in the 16th century, the kingdom of Burma waged war with the kingdom of Siam. The point of contention was which ruler could rightly claim the disputed title “Lord of the White Elephant.”

For an autocratic regime ruling a nation steeped in a tradition of symbolism, the sudden appearance of these fabled creatures was a godsend.

But that did not change some very practical problems In particular. There seems to be no one present in Naypyidaw to witness all the nationalistic excesses. Despite being one of the 10 fastest growing cities in the world, there appear to be no people in Naypyidaw.

The only real sign of life are the sporadic construction crews building roads — by hand.

Why did they do it?

There may be a much more prosaic explanation for why some governments, including the one in Myanmar, opt to move their capitals. It is to escape their own people.

Just think of recent bouts of large-scale civic protest across the world, from the Arab Spring to more recent upheaval in Bangladesh, Turkey and Brazil.

Such protests typically erupt in prominent public spaces. The logic seems straightforward: move the seat of government from proximity to large public spaces and you remove — or at least lessen — the threat of a destabilizing demonstration.

In Yangon, the former capital of Myanmar, the Shwedagon Pagoda long served as a focal point for political demonstrations.

In 1988, in the midst of civil protests representing the greatest threat to the military regime to date, Aung San Suu Kyi was there to address a throng of nearly half a million.

When nationwide demonstrations broke out in Myanmar in September 2007, tens of thousands of Buddhist monks and nuns marched on the pagoda.

To see whether there is any broader logic to it all, Filipe Campante, a professor at Harvard’s Kennedy School of Government, co-authored a study to examine the relationship between population distribution and governance.

In authoritarian governments, the more isolated a capital was from the country’s population, the worse the country’s quality of governance.

Insecure autocratic regimes will isolate themselves for protection. That, in turn, can make political elites more secure in engaging in rent-seeking behaviors, resulting in a vicious cycle.

In only two of the 17 capital city moves studied was the population of the new capital larger than that of the previous one.

Many of the moves are striking for just how much smaller the new capital city is compared to the old one. In the case of Myanmar, the capital moved from a city of almost five million, roughly 10% of the entire population of the country, to a new city built from nothing with 900,000 people — or under 2% of the entire country.

And yet the case of Myanmar may point to the opposite conclusion. The country has actually liberalized its polity. Surprisingly, the move to Naypyidaw and the greater insularity it afforded may have opened a space for Myanmar’s political reforms of recent years.

For some, the lessons of the Arab Spring and the fall of Egypt’s Mubarak, Tunisia’s Ben Ali and Yemen’s Saleh were that there is no middle ground in response to popular protests. Limited reforms, whether hollow or genuine, are seen as only emboldening protesters and accelerating the move toward one’s own overthrow.

But Myanmar’s generals, buoyed by a sense of physical and psychological security offered by the isolated capital, may have seen an opportunity to institute limited reforms. That same liberalization may benefit them economically, while still avoiding the toppling that befell other non-democratic regimes.

The government may have felt more protected by its geographic insulation and therefore more confident in opening up some policy space without the same fear of instability as would have been the case before the capital city move.

In a nation of extreme poverty, the new capital is a testament to excess.

Since the end of World War I, 17 countries have moved capitals, roughly one move every five to six years.

Despite being one of the 10 fastest growing cities in the world, there seem to be no people in Naypyidaw.

Having an isolated capital city can act as a bulwark against pressure from protests.

The more isolated a capital is from a country’s population, the worse its quality of governance.

The insularity of Naypyidaw may have opened a safe space for recent political reforms by the regime.

David Logan is a writer, educator and Princeton-in-Asia Fellow in Shenyang, China.

In a nation of extreme poverty, the new capital is a testament to excess.

Since the end of World War I, 17 countries have moved capitals, roughly one move every five to six years.

Despite being one of the 10 fastest growing cities in the world, there seem to be no people in Naypyidaw.

Having an isolated capital city can act as a bulwark against pressure from protests.

The more isolated a capital is from a country’s population, the worse its quality of governance.

The insularity of Naypyidaw may have opened a safe space for recent political reforms by the regime.