Why are Brazil and Turkey both facing mass protests right now? What makes the two cases similar and what makes them different? 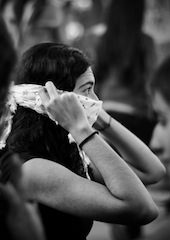 Brazil’s modern economic history is marred by decades of boom and bust cycles checkered with periods of high and hyper-inflation, debt default as well as political and social erosion.

Turkey’s economic history was equally littered with failed economic experiments that brought about chronically high inflation, impoverishing many of its citizens.

Like Brazil, Turkey was run by a narrow elite, which — with periodic disruptions — was democratically elected, but often served itself rather than the people.

And change came to Turkey in November 2002, when after many false starts, an Islamist-rooted party, the Justice and Development Party (AKP) won the general elections.

As a result of macroeconomic policy adjustments, the economies of Brazil and Turkey performed rather strongly during this century.

Admittedly they were helped by a rather favorable global economic environment for much of that time period, but the accomplishments are nevertheless very impressive.

The two countries’ accelerating growth rates and accompanying social policies lifted many people out of poverty.

In Turkey’s case, income per capita nearly tripled between 2002 and 2011. This too suggests a swelling middle class.

As large-scale demonstrations have bedeviled these two countries over the last couple of weeks, many pundits have focused on the narrow issues that might have triggered these demonstrations.

Few have recognized that these demonstrations are in fact the direct result of the two countries’ economic success.

In 1958, John J. Johnson wrote a seminal book entitled: “Political Change in Latin America: The Emergence of the Middle Sectors.”

Its main premise was that Latin American countries were moving towards liberal democracy and that the main driver for this movement was the growth of the middle class, largely urbanized and more educated.

Johnson got a little ahead of himself as he overestimated the growth of Latin America’s middle class at the time and misjudged speed with which the political regimes in the region would mature.

Nevertheless, Johnson’s key assumption was right. In applying his idea to Brazil and Turkey and their swelling middle classes today, one must note that there is not one homogenous middle class.

The reason is that the demonstrating middle classes are made up of different components, each with their own grievances.

There are those more wedded to the status quo and those, such as better-educated workers, who demand a continuum of progress in economic, social and political dimensions.

The latter group has grown especially large in Brazil and Turkey and that tilts the message of the middle class movement more towards the progressive rather than the conservative reactionary.

Still, the message is not uniform.

The question then arises, why are these demonstrations occurring now? There are several answers to this question. First and foremost, both countries’ growth slowed down dramatically in 2012.

This slowdown is difficult to reconcile for the new middle classes, because their expectations of continuously improving their standards of living have risen.

Also both countries have made progress reining in inflation, but their inflation rates are still high in comparison to their peers. This is a costly tax on the middle class.

National savings rates are also low compared to other advancing countries. In both cases, they stand just above 15% of GDP, low compared to a rate of nearly 33% in Malaysia.

In Turkey’s case, investment rates have been high, but needed to be financed from abroad. That has caused unsustainable current account deficits.

Growing middle classes are also far less tolerant when it comes to governments performing inadequately. Delivery of services, such as education and health, is poor in both Brazil and Turkey.

In its last scorecard on educational attainment referred to as the Program for International Student Assessment (PISA), the OECD found that Turkey and Brazil ranked especially poor in math and science.

In math, Turkey ranked 41st out of 62 countries, while Brazil was in 55th place. In science, Turkey was 40th and Brazil 50th.

In the UNDP’s 2013 Human Development Index, Brazil ranked 85th and Turkey 90th out of 186 countries.

To put this in perspective, both countries were ranked behind such nations as Azerbaijan, Albania, Ukraine and Venezuela.
Where will the current protests take these two countries?

Much will depend on how the democratically elected leaders of Turkey, Prime Minister Erdogan, and the President of Brazil, Dilma Rousseff, will react to these challenges.

The aspirations of the middle class are colliding with the current capacity of these countries to deliver.

At this juncture, Prime Minister Erdogan seems to be taking this collision very personally. He is trying to define the street as illegitimate.

President Rousseff, on the other hand, is striking a conciliatory note, which might be related to the fact that she is a member of the leftist Workers Party.

Both Erdogan’s rejection and Rousseff’s conciliation may in the end fail to meet their respective objectives.

Simply put, the middle class genie is out of the bottle. The middle classes in Turkey and Brazil have grown too large to acquiesce. They will eventually succeed in putting conditions into place that give them a better chance to meet their aspirations.

Nobody can predict exactly how this will evolve and how long it will take. Current demonstrations in Turkey and Brazil may be destabilizing in the short term, but they are a measure of success and they promise to advance both nations in the long term.