Which countries are within reach of Trump’s demand on defense spending? 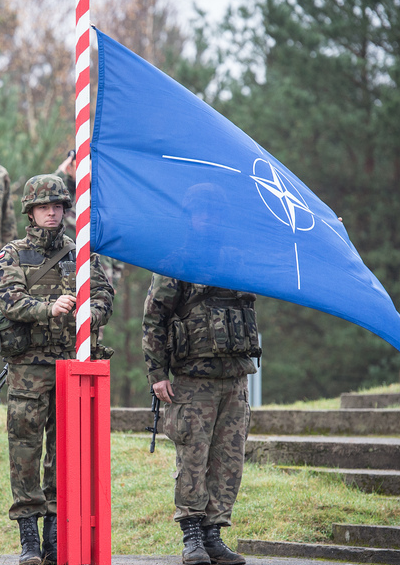 1. U.S. President Donald Trump has said NATO countries must “pay their fair share” – i.e., fulfill their 2014 pledge of 2% of GDP toward defense from each member by 2024.

2. Otherwise, as U.S. Defense Secretary James Mattis has told European leaders, America may “moderate its commitment to the alliance.”

2. Counting the Troops Under Trump

3. Should Germany Really Have to Spend More on Defense?

3. Only six NATO member countries spent nearly or more than 2% of their GDP on defense in 2016, according to the International Institute for Strategic Studies.

6. Contrary to Greece, which has kept its spending as a share of GDP steady, NATO founding member Turkey has actually reduced its defense spending in recent years (down to 1.19%).

7. This is surprising, given that the country arguably has the largest active military engagement in progress of any NATO member except for the United States.

9. Italy currently spends just 1.2% of its GDP on defense – and, given the country’s high debt level, the odds are very low that it would increase defense spending.

Only six NATO member countries spent nearly or more than 2% of their GDP on defense in 2016.

Only six NATO member countries spent nearly or more than 2% of their GDP on defense in 2016.