What’s the historical background of Congressional negotiations over domestic debt? 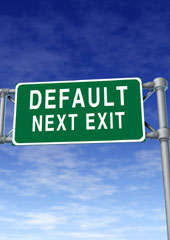 The fiscal cliff disaster — albeit averted at five minutes past twelve — is the direct result of what at this stage can only be considered a deranged political process. Now, we are on to the debt ceiling negotiations, a re-run of this drama’s 2011 edition.

During the debt ceiling negotiations in 2011, on the eve of the 2012 election campaign, Republicans pointed the legislative gun at the head of President Obama. His choice bore down to this: “You will either let the U.S. Treasury default on its debt obligations — or you will unconditionally accept the ‘fiscal cliff’.”

While the choices were stark for the President, he did have a choice. He just picked the wrong one. In the summer of 2011, President Obama should simply have walked away from the table and taken his case directly to the American people.

Now, he gets another chance. The President should have explained the meaning and history behind the debt ceiling. It was a very cooperative — not highly obstructionist — Congress that introduced the debt ceiling in 1917 in an effort to help its President.

By 1917, the United States, as you may recall, had entered World War I. As is the case with any war, this one, too, resulted in large expenditures. These needed to be financed by borrowing.

However, back then, the President had to ask Congress for permission each time the U.S. Treasury wanted to issue a bond. Congress felt that this was too onerous and frankly impeded the Commander-in-Chief from properly executing the duties of his Office.

Hence, the Congress established a ceiling so that the Treasury could issue as many bonds as was necessary to finance its war expenditures. Only when it met that ceiling was explicit congressional re-authorization required.

The legislative rationale for establishing the debt ceiling was thus the very opposite of what it is used for today — a measure of political blackmail. It was originally intended to help the President, because Congress rightly defined that to be in the best interest of the nation.

Moreover, the debt ceiling is neither anchored in nor supported by the Constitution. Congress’ power of the purse is, in fact, more than sufficiently supported by the requirement that both chambers must approve the annual budget for the federal government.

Once Congress has approved a budget, it generally has also fully comprehended whether revenues and expenditures for the next fiscal year will require additional government borrowing, which might lead to the need for raising the debt ceiling.

It is in that regard that Republican debt ceiling hawks of 2011 were nothing but deadbeat hypocrites. On the one hand, enough of them had voted for a budget to be passed, given the party composition of the House of Representatives. On the other hand, all of them then threatened to deny the government to pay its obligations under such budget.

But the fact remains that Barack Obama agreed to negotiate with the Republican extortionists. The broader lesson here is that one never negotiates with extortionists.

But how did we get into this mess of fiscal deficits and rising debt? Let us be clear: The Bush tax cuts of 2001 and 2003 were highly irresponsible in their entirety. In justifying these tax cuts, President George W. Bush promised vigorous economic growth as, naturally, lower taxes would lead to an investment boom.

The fallacy of his argument is proven by the facts that economic growth was an anemic 2.2% a year during Bush’s first term and an embarrassing 1.8% per annum during his second term. So much for returning money to the “job creators.”

At the end of eight years of President Bush’s economic mismanagement, the nation stood at the cusp of an economic depression unlike anything we had seen since the 1930s. And the only net job creation that occurred during his term was in the government (!) sector.

Of course, President Eisenhower also undertook the largest infrastructure program in the history of the United States, creating millions of jobs and guaranteeing rising productivity rates for future generations.

During his eight years as President, Eisenhower pursued a balanced budget and reduced the debt/GDP from 71% to 60%, while the U.S. economy grew at an annual average of 2.4%.

Under President Lyndon B. Johnson, Medicare and Medicaid were introduced, annual average growth stood at 4.1%, and the debt-to-GDP ratio was reduced to 40%. Marginal income tax rates stood at 70% and corporate tax rates at 48%.

Totally contrary to the Republican voodoo science, greater income equality supports sustainable growth. This is an economic fact, referred to by economists as Engel’s Law (and no, this is not Friedrich Engels of Marx and Engels fame, but the 19th-century German economist Ernst Engel).

His economic law proves that the percentage of disposable income used for consumption is greater for people with little or middle class income than for the rich.

The reason is simple. Even the rich can only eat so much food and drive so many Maseratis. On the other hand, there is far greater potential for the poor and middle class to consume, if we lift their incomes (directly or indirectly).

This leads to greater domestic demand, i.e., economic growth. Ultimately, this even benefits the rich as their major source of income, i.e., the return on capital also grows. It’s the virtuous “rising tide” cycle.

It is also only logical that the Bush tax cuts achieved the opposite. They widened income inequality and consequently slowed down economic growth. Large deficits ensued, which in turn caused spending cuts.

In an effort to counterbalance these adverse policy effects, the Federal Reserve maintained very accommodating monetary policies for years. Yet instead of stimulating growth, these policies resulted in several asset bubbles.

Due to tax cuts, it had no reserves built up during what had been heralded as flush times. It effectively operated without a safety net.

The recession led to a collapse in revenues and requirements for higher expenditures to support the unemployed and the growing number of hungry Americans.

This is where we are today. To secure America’s future, we need across-the-board higher taxes.

Higher taxes are required not only to keep its by no means ample social safety net in place, which ultimately increases consumption by the poor and the middle class (witness FDR and LBJ). The United States also needs to invest huge sums in its dilapidated human and physical infrastructure (witness Eisenhower).

Naturally, such across-the-board tax increases will initially take away spending power from the middle class, but the redistributive nature of supporting the social safety net and investments in infrastructure will more than offset these initial losses.

Postponing such tax increases now will depress growth and make future actions more costly. The sooner we act, the quicker we will create a large number of private sector jobs and guarantee higher productivity growth rates in the future (witness Eisenhower again).

People with jobs will earn money and hence be able to consume more (see Engel’s Law). Without doubt, this will lead to materially higher growth rates (witness Bill Clinton). By the same token, higher tax rates as well as a rapidly growing economy will lead to a spike in government revenues.

This will reduce or even eliminate the deficit (witness Clinton again) and put the country on a sustainable growth path. We have wasted too much time over the last 12 years and the country’s future is at peril — not because Americans are overtaxed, but because they are undertaxed.

The case is clear. But Republicans stick to their irrational anti-tax stance. For their part, the Democrats have either bought into the underlying rationale or are fearful to raise their voices, because speaking out comes with re-election risk.

And so, the United States is stuck in the rut of a war on government reverting to the mean and ugly, which prevents it from discussing the purpose and effectiveness of taxes and how they can improve all of our lives.

It's all the Germans fault. The debt ceiling was introduced to manage WWI expenditures.

Congress introduced the debt ceiling in 1917 in an effort to help its President, not to blackmail him.

Across-the-board tax increases will initially take away spending power from the middle class, but stabilize the country.

The U.S.'s future is at peril — not because Americans are overtaxed, but undertaxed.

The debt ceiling is neither anchored in nor supported by the Constitution.

It's all the Germans fault. The debt ceiling was introduced to manage WWI expenditures.

Congress introduced the debt ceiling in 1917 in an effort to help its President, not to blackmail him.

Across-the-board tax increases will initially take away spending power from the middle class, but stabilize the country.

The U.S.'s future is at peril — not because Americans are overtaxed, but undertaxed.

The debt ceiling is neither anchored in nor supported by the Constitution.