Would a transatlantic trade deal redefine the rules of global trade? 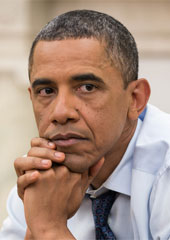 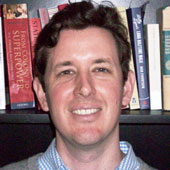 One rule the Great Depression of the 1930s taught us is that restricting global trade slows economic recovery. Amid a continuing recession and a rising demand for protectionism throughout the globe, it has proven to be a timely macroeconomic lesson.

Since he took office in 2009, U.S. President Barack Obama has wrapped up trade agreements with South Korea, Colombia and Panama. He next looked to the booming markets in the Asia-Pacific region, and understandably so.

After all, China has now overtaken the United States in world trade. The Obama Administration has necessarily made tapping into Asian markets a top geopolitical priority for its second term.

But Obama’s Asian pivot has recently run into some serious stumbling blocks. For example, warring trade agreements have arisen. Recalcitrant China won’t sign on to the Trans-Pacific Partnership (TPP), a U.S.-led regional trade agreement long in the political-economic pipeline.

At such a critical juncture amid a global recession, U.S.-Asian trade relations have arrived at an untimely impasse.

In his 2013 State of the Union address, Obama announced that “we will launch talks on a comprehensive Transatlantic Trade and Investment Partnership with the European Union” as an Atlantic counterpart to the Asia-oriented TPP.

The EU is likewise hoping to finalize a U.S.-EU trade pact, as well as a separate trade agreement with Canada. It has already signed trade agreements with Colombia, Peru and six Central American countries.

This transatlantic pivot is all the more remarkable considering that for years a trade agreement between the United States and Europe has proven elusive. Obama’s Asian pivot has further obscured transatlantic trade negotiations.

While farseeing American eyes remain predictably drawn ever eastward to the rapidly growing Asian economy, policymakers should not remain blind to transatlantic trade. Now is the time for multilateralism, not myopia.

Outgoing Secretary of State Hillary Clinton was quite clear on this point, acknowledging that “our reorientation toward Asia is not a withdrawal from Europe.”

Now a transatlantic trade pact, once so tenuous, suddenly appears tangible. It would tackle many longstanding U.S.-EU trade restrictions, particularly those surrounding textiles and agricultural goods. In other words, it would effectively allow U.S. and EU businesses to operate in a single market.

Karel De Gucht, the EU trade commissioner, noted last November that “there is now, for the first time in years, a serious drive towards an EU-US free-trade agreement.” Earlier this month, De Gucht followed up his assertion with a trip to Washington, where he met with Trade Representative Ron Kirk, his U.S. counterpart.

De Gucht has promised that he and Kirk will produce “a common recommendation” and put the finishing touches upon a joint report recommending that the United States and the 27-nation European Union move forward on a comprehensive trade pact — the Transatlantic Free Trade Agreement (TAFTA). This could add between 1.5% and 2% to global economic growth.

De Gucht made his promise just a week after U.S. Vice President Joe Biden told the audience at the Munich Security conference that the “almost boundless” benefits from TAFTA appeared “within our reach.”

European leaders lent their own sizeable support to the free-trade deal. For example, German Chancellor Angela Merkel expressed her wish “for nothing more than a free-trade agreement with the United States.”

TAFTA looms large, even as U.S. and EU trade with China has become ever more fractious. If TAFTA comes to pass, this transatlantic turn would rival the U.S.-led Asian pivot.

Such a move will also shift some of the economic focus from the Asia-Pacific to the Atlantic — and could very well redefine the rules of global trade along the way.

Now is the time for multilateralism, not favoritism and myopia.

A transatlantic trade deal could very well redefine the rules of global trade along the way.

Now is the time for multilateralism, not favoritism and myopia.

A transatlantic trade deal could very well redefine the rules of global trade along the way.

The Constraints and Responsibilities of a CEO