What do President Obama’s trade goals mean for the rest of the world?

What do President Obama's trade goals mean for the rest of the world? 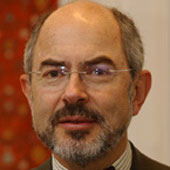 In his State of the Union address, President Barack Obama called for opening markets through the Doha round of world trade talks. He also mentioned the need for the United States to "strengthen" trade ties with Asia and to finalize trade agreements with Colombia, Panama and South Korea.

Exports and jobs in other countries matter, too — and they matter to Americans. Doubling U.S. exports in the next five years — and also sustaining export growth later on — will require not just greater access to existing markets, but the creation of new ones. The most likely place for this to happen is in the developing world, the home of so much unrealized economic potential.

If emerging economies and low-income countries experience export growth and job creation, their incomes will improve, leading to greater demand for U.S. goods and services. Moreover, a decrease in world poverty will enhance U.S. national security — and reduce pressure on foreign-aid budgets.

For many regions, the path to prosperity initially lies through agricultural development. History is replete with examples of nations that have built their success on top of enhanced food production. It starts out as an effective anti-poverty program and, over time, leads to demands for more inputs and paves the way for greater economic diversification.

Yet, developing countries must have the opportunity to export the farm products for which they enjoy a comparative advantage. Unfortunately, agriculture remains one of the most protected sectors of the world economy. Too often, trade rules work against them rather than for them.

Obama should start by reforming the United States' own trade preferences. The European Union already grants the poorest countries 100% duty-free, quota-free access to its market. The United States should follow suit, expanding the coverage of its preferences to include all food and agricultural products.

Bolstering markets may require a serious examination of trade-distorting domestic subsidies, which both inhibit the international exchange of goods and services — and put unnecessary pressure on the U.S. budget deficit.

Targeted capacity-building is also an important objective, especially for nations that aren't fully plugged into the world economy. Aid programs should not merely provide humanitarian relief, but also improve regional market systems and help countries meet international food safety standards. Without this kind of assistance, these nations will find export growth to be a severe challenge.

The world's poor would benefit enormously from these reforms. First and foremost, they will find themselves better off as they become more closely tied to regional and global markets.

Yet, trade is not a zero-sum game in which there are always equal numbers of winners and losers. If the people of developing countries win, so can Americans, Europeans and others in the developed world.

Editor’s Note: This feature is adapted from an essay originally published by the International Food & Agriculture Trade Policy Council.

The European Union already grants the poorest countries 100% duty-free, quota-free access to its market. The United States should follow suit.

The European Union already grants the poorest countries 100% duty-free, quota-free access to its market. The United States should follow suit.

What Really Ails Europe (and America): The Doubling of the Global Workforce