Pakistan’s Elections: How to Remake a Society

Could all the suicide bombings and car bombs indicate that the forces of medievalism are losing the battle for Pakistan? 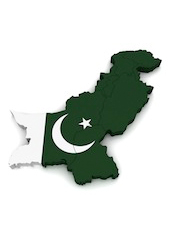 Here is a contrarian thought: The more intense the suicide bombings, car bombs and other terrorist acts committed by al Qaeda-allied militant groups on Pakistani soil, the clearer an indication they are that the forces of medievalism are afraid of losing the battle for Pakistan.

More and more people, including poor Pakistanis, realize that the ways of the past — systematically fomenting the hatred among different ethnic, religious and regional groupings — only serve one goal: to keep vast segments of Pakistani society locked in place — and near eternal despair. Under those circumstances, almost everyone loses.

There is other, outright good news: The country’s political class, long based on feudal interests, largely rich landowners, is also under great pressure.

In particular, the seemingly never-ending wave of corruption with which they are associated, has gotten them into the crosshairs of the country’s judges. The latter are showing remarkable courage in order to put their nation onto a more solid footing.

Being little more than objects in the palms of ruthless politicians and extremists is no longer the vision that especially young Pakistanis, regardless of origin, have for their future.

Most certainly, young women don’t. They are the ones who have the most to gain from tapping into modernity.

The same is true for Pakistani families in the lower rungs of society. They have come to realize that access to education is the only way for their children to escape a life of destitution and poverty.

That aspiration is a transformation that Turkey has been managing quite successfully.

Until now, it was poverty for the most part that forced Pakistani families to send their children to madrassas, which can be a breeding ground for extremism and religious hatred.

The danger of radicalization in the cloak of offering education (and a meal) will remain real in Pakistan until enough credible alternatives, mainly in the form of affordable secular schools, are provided on a mass scale.

These schools would include Islamic studies in their curriculum, but it would not be exclusively based on the Qoran.

Pakistanis also sense another rare opportunity — to do better than Egypt. The latter country is taking a step backward, by infusing politics with religious doctrines via the Muslim Brotherhood.

In contrast, Pakistan now has an opportunity to take a decisive step forward.

Pakistan’s middle class, which always shared the commercial bent of Egypt’s commercial class, fully understands what is at stake. Their battle is against corruption at the top — and for spreading economic opportunity beyond their own confines.

When such opportunity penetrates the rest of society, the country stabilizes.

To realize these goals obviously requires peace and stability at home. Since it is precisely this stability that al Qaeda-linked groups and the Taliban seek to prevent from taking root, their goals stand in direct conflict with the aspirations of the population at large.

Ultimately, it is all about the law of numbers. And the numbers do not seem to be on the side of terrorist elements.

Even in the most fickle moments of Pakistani political life, Islamist extremist parties never scored more than 12% of the vote in parliamentary elections.

Of course, this argument only carries so far. The power of Islamist interests and parties cannot be measured solely by their electoral performance.

As things stand, Pakistan has passed a crucial marker. For all the cynicism that usually infuses the country’s politics, for the first time ever a sitting prime minister has just served out his full five-year term — without being jailed, killed or overthrown in a military coup.

The backbone — indeed, the bulwark — of this transformation process is the country’s lawyers and, in particular, its judges. They have managed to position themselves in such a manner that they now provide real checks and balances to abuses of power.

This is an interesting regional message — and one that hopefully will not go unnoticed in Ankara. This is the rare area where Pakistan has a leg up on Turkey — which it lags in most other regards.

While the road to success is still long, Pakistan’s lawyers are beginning to combat the scourge of corruption more and more effectively. They are not only upholding the values of civil society in what used to be a highly militarized one.

They are also beginning to establish a sense of law and order in the political realm, which was previously thought impossible — or, worse, thought possible only under military rule.

What about Pakistan’s military? The turn of events in Egypt toward increasing chaos must have a profound impact on the Pakistani military’s thinking about its own future role in society and about the future of the country.

It stands to reason that the Pakistani military would calculate that the present-day dynamics of the country’s society are such that a widespread economic empowerment of the people is the only real defense against homespun terrorism over the long term.

That outcome, in the end, would also be best for the military’s more selfish long-term goal — that is, the preservation of its economic role in society.

That, of course, assumes that the military wants the end of domestic terrorism.

Many are skeptical and believe that the Pakistani army is fueling and fanning terrorism in order to position itself as a savior by being the ultimate provider of order.

Of course, this is precisely the role which the country’s judges are keen to usurp — anchoring the rule of law, not rule by the military.

Here again, a regional comparison with Turkey may be instructive: The Turks have effectively yoked the military under civilian control in the last decade since the Justice and Development Party, or AKP, came to power.

Pakistan has to do the same and learn from Turkey as well on this crucial aspect of democratization.

He realizes that once the broader population has a real stake in society and no longer just withers away as the hapless minions on some feudal landlord’s domain, things change.

For the first time, a sitting prime minister has just served out a full term — without being jailed, killed or overthrown.

Pakistani families in lower rungs of society know that education is the only way for their children to escape poverty.

That aspiration is a transformation that Turkey is managing quite successfully.

The backbone of a transformation underway in Pakistan is the country's lawyers and, in particular, its judges.

For the first time, a sitting prime minister has just served out a full term — without being jailed, killed or overthrown.

Pakistani families in lower rungs of society know that education is the only way for their children to escape poverty.

That aspiration is a transformation that Turkey is managing quite successfully.

The backbone of a transformation underway in Pakistan is the country's lawyers and, in particular, its judges.