Can the Pope End Corruption? 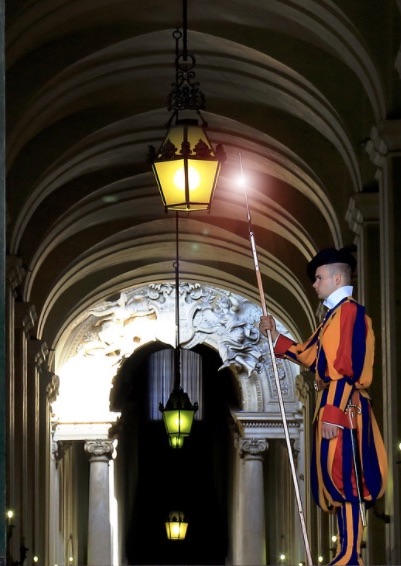 I’m shocked. Corruption in the Vatican?

The most opaque of institutions is now announcing a new era of transparency. Bishops and cardinals beware. Your finances are going to be subject to inspection and terrible things may happen if you accept a gift worth more than €40 (about $48).

Evidently, Pope Francis has had enough of the mysteries of finance that swirl through the hallowed corridors of the Holy See.

His anger is not so much addressed at sins throughout the centuries, of which — as far as illicit cash is concerned — there have been too many to count.

His anger is addressed at the seemingly unstoppable flow of financial embarrassments that have had a nasty habit of emerging during his eight-year tenure in the Vatican.

The papal decree, known as a “motu proprio,” bars members of the Roman Catholic clergy and those who work for them from practices such as running offshore secretive holding companies in tax havens, engaging in multi-million-dollar mysterious real estate deals and hiding financial assets.

The decree includes new regulations on public procurement. It claims to bring the Vatican into line with the standards and norms embodied in the United Nations Convention Against Corruption.

The spark that finally moved the Pope to stamp out corruption was the curious alleged involvement of Cardinal Angelo Becciu, an Italian prelate of the Roman Catholic Church, in a $200 million Vatican investment in a London property.

The Cardinal, once one of the most powerful officials in the Vatican, has now lost his influence, if not yet his title.

Can anyone stop this?

Investigations of one sort or another have been going on for years within the Vatican. The Vatican Bank has been allegedly involved in money laundering.

Its top management has been replaced and international forensic auditors were hired. They have reported widespread mismanagement.

The Pope, however, in announcing his new decree, avoided any mention of any cardinals or bishops who may be under suspicion.

The corruption runs too deep

If I sound somewhat skeptical about the impact that the Pope’s new measures are likely to have, there is a good reason for this. Too many people close to the Vatican’s leadership hold too many secrets.

And they have too many connections beyond the Holy See to allow the dawning of meaningful transparency. It has always been like this.

When I came to Washington D.C. as a journalist in early 1974, it was around the time when the Richard Nixon Watergate scandal had soared toward its climax. I was intrigued by the question of who owned the Watergate.

The sprawling complex of offices, apartments and a hotel located right on the banks of the Potomac River had been built by a major Italian construction firm, Societa Generale Immobiliare (SGI).

The man with connections to the financing of SGI was apparently Michele Sindona, then head of Franklin National Bank in New York, the 20th largest bank in the United States. Sindona would not tell me anything about his dealings with SGI or the Watergate.

Franklin National Bank declared bankruptcy in October 1974. Later, it was to emerge that some of its dealings were with the Italian Mafia and with Banco Ambrosiano of Milan, which in turn had close ties to the Vatican.

Sindona died in an Italian prison in 1986. It was never clear whether he had committed suicide or been poisoned. His once close friend, Roberto Calvi, the one-time chairman of Banco Ambrosiano, was found hanged in June 1984 from London’s Blackfriars Bridge.

Calvi was closely associated with the Institute for the Works of Religion, better known as the Vatican Bank. That institution also happened to be the largest shareholder in Banco Ambrosiano.

The connection to Italian politics

Banco Ambrosiano had deep ties as well to prominent Italian politicians, who also had close relationships with the Vatican.

The sordid corruption that embroiled them all was at the core of major corruption investigations launched by public prosecutors in Milan who brought prominent businessmen and political leaders to trial.

The full role of the Vatican in international dealings with the likes of Sindona and Calvi was never disclosed.

This brings us back to current events. In 2018, the Vatican accused Gianluigi Torzi, who had worked in the offices of the Vatican’s Secretary of State, of being behind an alleged fraud who used the Vatican’s cash to buy property in London’s Chelsea.

Under Vatican pressure, Torzi’s UK bank accounts were frozen for a time until a UK judge, Tony Baumgartner, hurled aside a lower court ruling. Judge Baumgartner said there had been appalling non-disclosures and misrepresentations by the Vatican.

Once again, as so often in the past, the Vatican preferred keeping its financial secrets to itself than revealing them in a court of law. It is a long tradition and one that now Pope Francis seeks to end.

Corruption at the Vatican: Too many people close to the Vatican’s leadership have connections beyond the Holy See to allow meaningful transparency.

For years, the Vatican has kept its financial dealings secretive -- a tradition that now Pope Francis seeks to end.

Corruption at the Vatican: Too many people close to the Vatican’s leadership have connections beyond the Holy See to allow meaningful transparency.

For years, the Vatican has kept its financial dealings secretive -- a tradition that now Pope Francis seeks to end.

What’s in a Name? Or Polly’s Story