Pope Silvio the Illicit: Nepotism, Berlusconi and the Catholic Church

How did Silvio Berlusconi’s tenure as Italian prime minister resemble some of the more ruthless and business-savvy popes in history?

How did Silvio Berlusconi's tenure as Italian prime minister resemble some of the more ruthless and business-savvy popes in history? 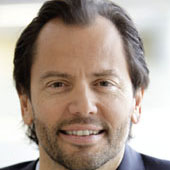 Raised as I was in Italy, I know a few things about nepotism. In its origins, the term is a euphemism. Historically, the “nephews” (“nipoti”) receiving favors were in fact natural children of a pope (Alexander VI), who — being a Catholic pope — was not supposed to have children.

It is no surprise that nepotism was born in Rome, in the Catholic Church. Historically, the Church enjoyed tremendous market power. When that power was not won through the superiority of the Church’s message, it was obtained through the use of force.

Repression, intolerance against heretics, and, ultimately, the Inquisition — all were aimed at preventing competition. It was precisely these barriers to entry that allowed the popes (and other members of the Catholic hierarchy) to wield — and often abuse — enormous power, including that of placing their children and cronies in positions of influence, regardless of merit.

This problem has not existed for Protestant churches, which are smaller and tend to compete with one another aggressively. Thus, they have little scope for favoritism. In these churches, appointing the wrong minister or the wrong treasurer can easily result in the disappearance of a congregation. Hence, room for error is scant, which turns out to be a very useful self-disciplining tool.

The same holds true for business. In a truly competitive market, there is no room for cronies. That “room” only arises when there is slack — that is, when a company can dominate a market. Cronyism, then, is another major cost of monopoly.

Unfortunately, it’s a cost that compounds over time. Once an incompetent “nephew” or stupid crony finds himself in a position of importance in a company, he tends to hire only subordinates of equal or lower quality, since he will feel threatened by people smarter or more talented than he is. After a few years of such cronyism, there is no easy way back.

That is precisely the situation in which Italy now finds itself as a country, after the disastrous rule of that quasi-pope, Silvio Berlusconi. Under his perverted stewardship (he was prime minister from 1994 to 1995, 2001 to 2006 and 2008 to 2011), the human capital of the “firm” — read: Italy — has become so eroded that it finds it difficult to compete in the global marketplace without some form of protection.

Berlusconi’s triple role — as head of the government, of Italy’s largest media company, and of his other business interests — gave him a personal reach of wealth and power that rivaled some of the more ruthless and business-savvy popes in history.

Like the popes, he resorted to nepotism to maintain a strong hold over his vast empire, appointing his mistress to political office, his former employees as public regulators of his businesses, and his children as head of his business empire.

Under such circumstances, it is no wonder that the country, which condoned — no, regaled in — this despicable and extremely self-centered attitude for far too long, is now in deep trouble. It has simply forgotten how to select people on the basis of competence rather than loyalty.

The greater the degree of collusion among Pope Silvio, the government, his clan of cronies and his web of businesses, the greater the available scope to continue the nepotism, which in turn made protection from on high even more necessary.

Talk about a house of cards. Berlusconi created a vicious circle that, once in motion, managed to drag down the Italian economy.

Italians should have known better

Silvio Berlusconi won multiple electoral campaigns on his promise to run the government like a business. In the end, he ran the government as his own business, embellished by a fawning media which he controlled either as owner or as prime minister.

And even in the rare cases when he did not bend the rules in his own favor, competitors bowed out — for fear of government retaliation. Not since the East India Company has such a corrupt intermingling between government and business been seen.

During the same period, Italy’s score in the Heritage Foundation’s Index of Economic Freedom fell from 63 to 60.3 and in the World Economic Forum Index of Competitiveness from 4.9 to 4.37.

But far worse than Berlusconi’s economic legacy, it is his political one. Having pretended to stand for free markets and competition, Berlusconi has destroyed the free-market ideal in Italy for a generation. Italy’s political future is likely to fall in the hands of left-wing bureaucrats, whose cronyism, while less glittering, it is not less hideous.

When power was not won through the superiority of the Church's message, it was obtained through the use of force.

Having pretended to stand for free markets and competition, Berlusconi has destroyed the free-market ideal in Italy for a generation.

When power was not won through the superiority of the Church's message, it was obtained through the use of force.

Having pretended to stand for free markets and competition, Berlusconi has destroyed the free-market ideal in Italy for a generation.

A 21st-Century Italian Immigrant to America