How are native English speakers handicapping themselves by not learning other languages? 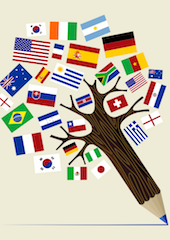 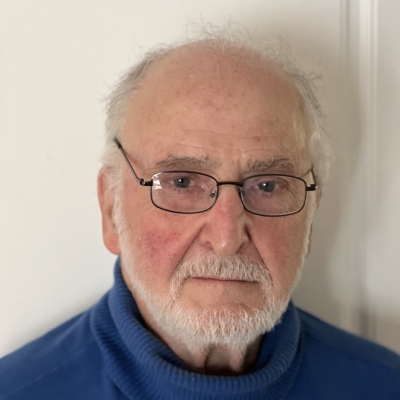 George Haynal is a Senior Fellow of the Munk School of Global Affairs and Public Policy at the University of Toronto, and a former head of the Policy Planning Staff of the Canadian Ministry Of Foreign Affairs and International Trade.

The lingua franca of globalization is English. Being indispensable, it is eagerly embraced by anyone with aspirations to participate in the global economy and society.

There are an estimated 375 million native English language speakers in the world.

The same number speaks it as a second language, more or less frequently and an additional 750 million have enough knowledge to use it in a limited way.

These are impressive numbers, accounting for only a bit less than one fifth of the world’s population.

But they are not so big when you consider that those seven billion people speak 6,000 other languages, with Mandarin — not English — accounting for the largest number.

And all those languages constitute the living tissue of as many cultures, with all their own practices, relationships, institutions and historical memory.

On the face of things, native English speakers should revel in the universality of their language. The world is speaking with us in our own idiom, giving us the comparative advantage of not having to learn any others.

But common sense and experience show otherwise. English is simply a transactional tool for elites from many different cultures.

In contrast, what English does for unilingual Anglophones is to blind them to diversity in an interconnected world of contending cultures.

Speaking only English is not a privilege, but a handicap, a hobbling of our senses. It is also dangerous.

Without speaking their languages, we cannot understand other people’s historical experience, their values, including religious values, and their relationships. This is bound to be a great handicap in our dealings with them.

North American business suffers from this handicap. With few exceptions, its leaders (unlike their typical European counterparts) do not routinely speak a language other than their own.

The new heavyweights speak non-European languages and share in cultures far removed from our own experience.

These cultures are linguistically inaccessible to North American business leaders (and, despite their multiple European languages, most European ones).

As a result, they are forced to rely on “local staff” or outside advisors to provide them a view into the outside world.

They remain at a permanent disadvantage vis-à-vis their counterparts from these new powers, including in commercial negotiations with them.

The latter not only have a solid command of English, and hence a direct insight into our world, but their own world is hidden for “unilinguals” behind an inaccessible language.

It’s hard to make multilingualism a criterion for CEO selection.

But it is not hard, over time, to develop a cadre of senior managers and future CEOs who do speak languages and have intensive understanding of foreign, especially non-North Atlantic environments.

Business elites aside, North American higher education suffers more than it should from linguistic myopia. Most university students rely for their research on books, articles and data that originate in or have been translated into English.

The world view of our populations in the US, Canada and UK — and hence our politics — are also distorted by the unilingualism of our media.

We rely on interpreters, translators or on English-language versions of other countries’ media to shape our view of the outside world.

Perhaps most serious of all, our political decision makers are also linguistic prisoners, handicapped in managing a complex global environment by being obliged to see it through the filter of one language.

What can be done to compensate for the isolating effect of our globally dominant language?

Multilingualism is treated as indispensable in small, linguistically remote European societies, including the Netherlands and Scandinavia.

The same is true as well among elites in large, linguistically diverse countries like India.

Millions of Chinese are also busy learning English and other languages.

Why should this not be the case in our societies? Why should we be trapped in English?

Spanish is already the second language of the United States. Yet it has no official status and it is not a compulsory part of the curriculum on a national level.

In Canada, the situation is even more ironic. French is one of our two official languages, yet FSL (French as a Second Language) is a privilege rather than an obligation or even a right in most of the English speaking parts of the country.

The case of officially French-language Quebec presents a paradox. Given the limited reach of French in the global environment, virtually all senior business people, academics and others active beyond the province’s borders are at least bilingual.

Other languages, including Chinese, are even less available in U.S. and Canadian school systems, leaving it to the enlightened and the affluent to provide it to their children.

The public school systems cannot meet the challenge of linguistic myopia by themselves, of course and they won’t try unless public demand obliges them.

Universities could play a critical role by insisting on functional competence in at least one foreign language as a condition of graduation.

Or they could oblige those seeking advanced degrees to have lived, worked or studied in a linguistically distinct environment for at least a year.

As with all large social challenges, the only adequate answer to our linguistic handicap will be cultural change — in our case, the acceptance of cultural humility.

Not everyone who speaks English really “speaks our language.” It’s a big messy world and it’s not all ours. We have to make an effort to meet it, in its many manifestations, on its own terms.

On the face of things, native English speakers should revel in the universality of their language.

English is simply a transactional tool for elites from many different cultures.

English blinds unilingual Anglophones to diversity in a world of contending cultures.

North American political and business leaders don't routinely speak a language other than their own.

George Haynal is a Senior Fellow of the Munk School of Global Affairs and Public Policy at the University of Toronto, and a former head of the Policy Planning Staff of the Canadian Ministry Of Foreign Affairs and International Trade.

On the face of things, native English speakers should revel in the universality of their language.

English is simply a transactional tool for elites from many different cultures.

English blinds unilingual Anglophones to diversity in a world of contending cultures.

North American political and business leaders don't routinely speak a language other than their own.

California Vs. the United States