Reforming Democracy and the Future of History 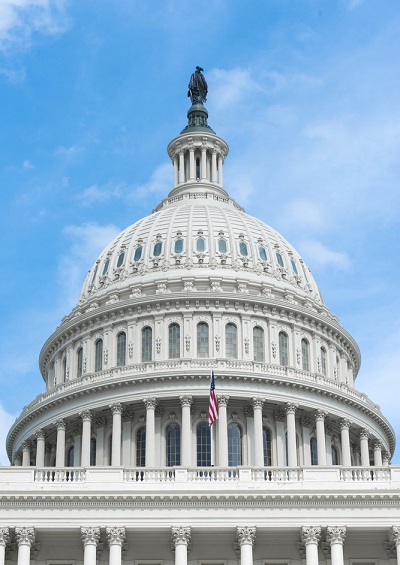 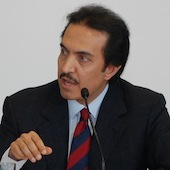 Nayef Al-Rodhan is the director of the Centre for the Geopolitics of Globalization and Transnational Security at the Geneva Centre for Security Policy.

In 1975, a report prepared by the Trilateral Commission, The Crisis of Democracy, signaled the pessimism and defeatism prevailing in Western democracies at the time about the future and sustainability of democracy.

The report reflected a deep economic downturn, as well as social and political turmoil. This crisis of democracy was tightly connected with concerns about “monopoly capitalism,” rampant materialism and corruption.

Four decades later, democracy is again in a state of crisis. This comes as somewhat of a surprise, given that successive waves of democratization have touched every region of the world over the past 40 years. What is becoming evident now is that an opposite trend has emerged.

Democracy has in fact been in retreat for years, as many repressive governments became even more repressive, civil liberties were dropped and the military was empowered in many countries.

The state of democracy today

In the early 1990’s, the end of the Cold War had brought the revalidation of democracy with great vigour as the most representative form of government. Yet this exuberance has been counterbalanced with criticism of its failings and shortcomings.

Democracies guarantee political freedom, the rule of law, human rights and a platform for citizens to engage in the political process. Yet, in practice, democracies feature numerous inadequacies.

Globally, democracies have also acted in ways that suggest an outright renunciation of their principles at home.

Irresponsible conduct, including unwarranted invasions, toleration of brutality, genocide, misuse of the UN veto system at the expense of global harmony and peace, as well geopolitical machinations or meddling in the affairs of weaker states — these are all traits that have characterized the foreign conduct of major democratic states at some point.

In 2009, a U.S. government report pointed to the dramatic increase in hunger and food insecurity. About 50 million people were identified as having suffered food insecurity at some point during the previous year.

One in five people in the United Kingdom are also identified as falling below the poverty line. Growing inequality is at times reinforced by, and an enabler of, shrinking opportunity. This fuels disillusionment and low political participation.

As Joseph Stiglitz has noted, “The rich don’t need to rely on government for parks or education or medical care or personal security — they can buy all these things for themselves. In the process, they become more distant from ordinary people, losing whatever empathy they may once have had.”

Corporate financing of political campaigns have reinforced this, hijacking the democratic process. It further alienates voters who feel they are excluded from a process that is beyond their control.

A check is worth a thousand words

The U.S. Supreme Court’s 2010 decision in the “Citizens United” case openly enshrined the right of unlimited campaign spending, giving corporations, associations and billionaire donors the freedom to heavily and undemocratically influence government, perversely as an expression of their free speech.

The “super PACs” have blurred the line between the personal and the political. They reinforce and perpetuate the rotation of policymakers in the U.S. Congress and the executive branch, many of whom are already part of the wealthiest 1% (and, under any circumstance, remain kept in office by money from the top 1%).

Whatever constraints existed to this practice, they were expunged earlier in 2014 when the Supreme Court opened the door to even more money in politics by striking down the aggregate contribution limits for campaigns.

The decision means, in very practical terms, that one single donor can contribute millions of dollars to political candidates or campaigns and thereby dim the prospect of new entrants, ideas or challengers to the political arena.

Finally, the sense of disillusionment with democracy in its current form has been reinforced with disclosures of large-scale government surveillance, violations of privacy and civil liberties.

The claim of sweeping authority over the right to collect personal data is harmful to core liberties. Overseeing the overseers and keeping states’ need to know in balance with the safeguard of privacy and civil liberties remains a challenge.

Opinion polls across many continents reflect this current dissatisfaction with democracy. These forms of disillusionment indicate the need to embrace a paradigm that goes beyond political freedom and addresses the basic human need for dignity.

Democracy guarantees political freedom and rights. Yet it is not incompatible with marginalization, exclusion, poverty, disempowerment or disrespect. The triumph of a liberal democratic order as a final destination of history and historical ideas, as once predicted by the “end of history”, needs a serious re-evaluation.

A greater emphasis on human dignity and a governance model that places dignity at the center can halt the current disenchantment with democracy. A more feasible paradigm is an approach I call Sustainable History. It focuses on dignity rather than just freedom. And it allows for reconciling accountable governance with various political cultures.

Dignity means much more than the absence of humiliation. As a basis for governance, it commands institutions and policies that comply with nine dignity needs: reason, security, human rights, accountability, transparency, justice, opportunity, innovation and inclusiveness.

To make this work in practice requires recommendations to amend current democratic systems. To make them more sustainable requires a stronger focus on, and application of, eight criteria of national good governance:

As history is nowhere near its end, the sustainability of democracy depends on a substantial reform of its current form. This may resemble the “Sustainable History” model that fulfills the fundamental human need for dignity in its holistic sense, and would ensure accountability, equity, authenticity and sustainability.

The triumph of a liberal democratic order should not be the final destination of human history.

Growing inequality leads to shrinking opportunity, disillusioning the voters democracies depend on.

The sustainability of Democracy depends on a substantial reform of its current form.

Corporate financing of campaigns alienates voters, who feel the democratic process is beyond their control.

Nayef Al-Rodhan is the director of the Centre for the Geopolitics of Globalization and Transnational Security at the Geneva Centre for Security Policy.

The triumph of a liberal democratic order should not be the final destination of human history.

Growing inequality leads to shrinking opportunity, disillusioning the voters democracies depend on.

The sustainability of Democracy depends on a substantial reform of its current form.

Corporate financing of campaigns alienates voters, who feel the democratic process is beyond their control.

From Representative Democracy Back to Republic?