Resisting Reform in the Arab World 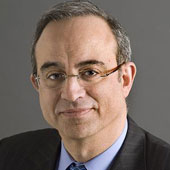 Arab governments — both conservative and “progressive” — equally have largely ignored or resisted political reform in their societies. Though ad hoc programs to expand certain political freedoms had been undertaken here and there, no Arab country could claim a systematic process of political reform that would encourage the kind of political and civil development necessary to the infrastructure of a democratic society.

Arab governments have offered three arguments for not making political development a priority — a policy deficiency that placed the Arab region near the bottom of all the regions in the globe on the democracy scale.

Foremost among the reasons was the Arab-Israeli conflict, which, they contended, rendered all other challenges secondary — which is like claiming you can’t walk and chew gum at the same time. “No voice can be higher than that of the battle [for liberation]” (La sawt ya’loo fawqa sawt al-ma’araka) was the slogan raised by President Nasser in Egypt.

Democracy could and should wait, thus, until a resolution of the Arab-Israeli conflict brought about fuller stomachs and happier days, the argument went.

Even then opposition parties did not raise political reform or democratization as a major issue, instead basing their opposition on the government’s position regarding the Arab-Israeli conflict.

There was no healthy debate in the public sphere, thus making it easier on governments to dismiss the issue of democracy altogether.

Later, and particularly after the Iranian revolution and the rise of political Islam, a new argument materialized: political party development in the Arab world threatened to strengthen Islamist parties, most of which were alleged to be radical and armed.

This development, leaders contended, would invite regional instability, an argument buttressed by the experience of Algeria, where the Islamist party won a majority of parliament seats in 1992 but was prevented from taking power by the army.

A violent civil war ensued, resulting in the deaths of tens of thousands of Algerians.

A third reason had to do with the sequencing of reform. Lacking a moderate middle class that could form the nucleus of a healthy political reform process, Arab governments argued that economic reforms had to precede political reforms.

This argument, however, ignored the fact that economic reform was unlikely to be successful without institutions that consolidated good governance, a solid system of checks and balances, an independent judiciary and a free press.

In fact, where economic reform has occurred it has often proceeded with little transparency and has led to corruption that has discouraged domestic or foreign investors, thereby failing, in most instances, to improve peoples’ economic well-being or create a substantial middle class.

In the words of the 2004 UN Arab Human Development Report, the argument of “bread before freedom” has practically meant that “most Arabs have risked losing out on both.”

Nevertheless Arab regimes took an almost collective, if unstated, decision actively to discourage, if not prevent, political party development in Arab countries. Civil society became, and remains, a bad word in many parts of the Arab region.

The patriarchal ruling elite continued to claim a monopoly on knowing what was best for Arab people when it came to steering Arab countries out of imperialist rule, leading the economic growth process and solving the Arab-Israeli conflict without compromising Arab rights.

Everything else, including democracy, had to wait. And it did. The Arab regimes’ opposition to political pluralism met the acceptance of the international community concerned with preserving regional stability to ensure a steady oil supply and was equally agreeable to many Arab citizens throughout the region.

Consequently, democracy was blocked not exclusively for internal reasons. The external environment was also not conducive to reform.

It was only after September 11, 2001, that the West began to believe that Arab political stagnation had been detrimental to its own interests and started actively to champion reform.

By then, however, American prestige in the region had fallen so far — mostly thanks to the United States’ apparent double standards toward Israel and the Arabs — that after September 11, 2001, many believed that American enthusiasm for reform was cynical, inspired by its own security interests rather than a genuine concern for the Arab countries or a fundamental ethical desire to advance democratic principles.

The lack of gradual, serious political reform process in the Arab states has had three almost predictable results: increasing corruption among the ruling elite, the suppression of any attempt to develop national, democratic, nonreligious parties, and the intimidation and de-politicization of the Arab street.

Unchecked by any competing interests and power groups, ruling elites have grown increasingly nontransparent. The Transparency International “Corruptions Perceptions Index” of 2005 lists 12 Arab countries (together with the Palestinian Authority) with a score of 70 or more (one being the best) out of 158 countries included.

Without a free press, opposition parties or a vibrant civil society, the privileges of the elite expanded — and their interest in protecting them grew in tandem. Self-aggrandizement superseded loyalty to the state and merit as a virtue.

The absence of real national democratic and nonreligious parties that might have served as alternatives to religious parties and organizations allowed religious groups — sometimes with the encouragement of the ruling regimes — to fill the political and social void.

The religious parties dominated the public sphere alongside Arab governments. More important, over decades they developed a vast network of social services, augmenting the services the state was able — or unable — to provide.

Unimpeded by countervailing voices, religious groups delivered a resonant message about the efficacy of religion as state policy and through their philanthropy and social services constructed a broad and deep support base.

By the time some Arab regimes were ready to contemplate political reforms in the mid-1980s and early 1990s, religious groups — especially the Islamists — had had a decades-long head start over other groups, which in any case, had difficulty emerging.

This is largely due to the intimidation and de-politicization of the Arab street, which is the third consequence of Arab regimes’ policies.

A study conducted by the Center for Strategic Studies at the University in Jordan showed that a full 74.6% of Jordanians are reluctant to criticize their government for fear of retribution.

Further, 94.8% said that they did not belong to any political party and 94.2% stated that they had no intention of joining a political party. All of these factors have converged to impede the process of reform in the Arab world. But these are not the only ones.

How to build a nation

Most important is that the postcolonial nationalist political parties have not been democratic. The argument of these parties after independence was that nation-building superseded democracy, deftly ignoring the fact that democracy is a main pillar of nation-building.

Thus, the Nasserites in Egypt, the Baathists in Syria and Iraq, and the nationalists in Tunisia and Algeria all used nation-building or the Arab-Israeli conflict (the security argument) as pretexts for suppressing freedoms and opposing the development of political parties that could threaten their standing.

The argument at first was convincing to many, particularly when these post-independence parties delivered on certain economic and social programs such as land reform and equality for women.

Opposition to such policies was branded as disloyalty — to Arab causes, to the state or to the party. The culture of allegiance — in monarchies and republics — meant that “diversity” was a bad word.

Both were equally guilty of focusing their attention not on systems but on leaders — the emergence of ideologies or systems outside the cults of personality were discouraged when possible, repressed when necessary.

Consequently, modern Arab states lack a key foundation of modern statehood: an institutionalized system of checks and balances that can ensure healthy social, economic and political development of society which also limits the power of any one group.

At the same time, these systems failed to deliver on either economic development or solving the Arab-Israeli conflict. The result was the emergence of Islamic parties, in some instances increasingly radical, who held out the promise of good governance and their own strategy for regional conflict resolution.

The Arab world is a mosaic of ethnic and religious communities, all sharing the same language, history and civilizations. There are Muslims, Sunnis, Shiites, and other schools of jurisprudence, Christians of all denominations, and Jews.

There are Arabs, Kurds, Armenians, Circassians, Chechens and Berbers. Instead of regarding diversity as a source of strength, the public was taught that differences must be suppressed in service of the larger common goals of all Arabs.

Arabs grew to think monolithically, one-dimensionally. Critical thinking was neither valued nor taught, and truths were always absolute rather than relative.

Civil society became, and remains, a bad word in many parts of the Arab region.

Arab states lack an institutionalized system of checks and balances that can ensure healthy social, economic and political development of society.

No Arab country could claim a systematic process of political reform that would encourage the kind of political and civil development necessary to the infrastructure of a democratic society.

Civil society became, and remains, a bad word in many parts of the Arab region.

Arab states lack an institutionalized system of checks and balances that can ensure healthy social, economic and political development of society.

No Arab country could claim a systematic process of political reform that would encourage the kind of political and civil development necessary to the infrastructure of a democratic society.

Lessons for Europe From the Global Financial Crisis