Russia: Pushing Back at the United States

Looking at Russia’s recent actions in a historical context. 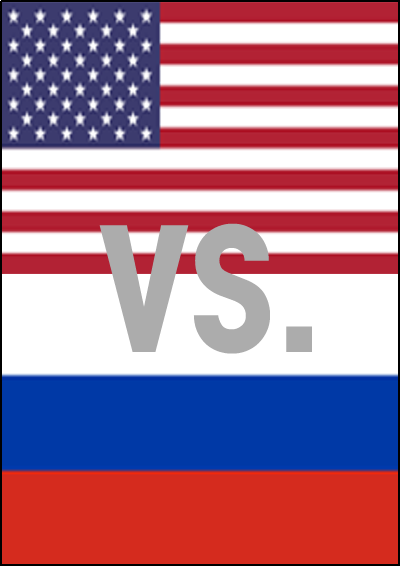 Russia’s rapid takeover and absorption of the Crimea is, in Malcolm Gladwell’s terms, a truly historic “Tipping Point” for the post-Cold War world.

For the first time in more than a quarter century — indeed, since the Soviet Red Army’s evacuation of Afghanistan in 1987 — a long tide of Russian retreat, shrinkage and national disintegration has been reversed.

It appears very likely that Russian President Vladimir Putin, emboldened by the success of this move, will not stop there. He nurses major historical frustrations that are widely shared among the Russian people.

Eastern Ukraine is up to 90% Russian-speaking and, in the last Ukrainian presidential election in February 2010, voted overwhelmingly for ousted Ukrainian President Viktor Yanukovych. Russia is bound to encourage secessionist forces against Kiev throughout the eastern Ukraine.

For all the talk about Ukrainian unity, one cannot forget this inconvenient little historical fact: Eastern Ukraine may account for just under one third of the entire country’s population territory, but it was fully integrated into Russia economically, politically and socially for 200 years before the Russian Revolution ever happened.

Crimea is a separate case. It was transferred within the Soviet Union from the Russian Soviet Federative Socialist Republic to the Ukrainian SSR by national leader Nikita Khrushchev. He was born in Russia in an area close to what became the Ukrainian border — and had close ties to both lands.

In 1991, Crimea voted to join Ukraine rather than Russia by 54% to 46%. Even so, the Russian-speaking population in Crimea has remained around 60% of the population since then.

Given these historic ties and complexities, it is very difficult for the eastern Ukrainian region and population to sever its ties either to Moscow or to Kiev.

Russia may also encourage strong secessionist forces in northern Kazakhstan. The ethnic Russian historical majority there feels that its privileges and socio-economic position have been systematically hollowed out since independence occurred in December 1991 — less than 23 years ago.

Underlying the ferociously strong sense of grievance that prevails among the Russian people against the West is one simple, overpowering emotion: “We’re mad as hell and we’re not going to take it anymore,” (to use the classic line from Howard Beale, the Mad Prophet of the Airwaves from the classic 1976 movie “Network”).

Since the collapse of the Soviet Union, Russia has not just seen its historic standing and interests in its ancient zone of influence, going back hundreds of years, shrink. Worse, Russia’s reach has been systematically dismantled by the United States.

One solemn promise after another, made to the Russians, has been forgotten, ignored or scrapped. It is one thing to talk about other nations’ freedom and independence (and rejoice when they received it). It is quite another matter if those other powers then move with great deliberation to put those freed countries fully into their orbit.

A commitment not kept

In that very vein, U.S. policymakers and pundits never mention anymore another inconvenient fact: Then-Soviet President Mikhail Gorbachev only agreed to the reunification of Germany in 1990-91 — and to a united Germany remaining within the U.S.-led NATO alliance — in return for an unqualified commitment from U.S. President George Herbert Walker Bush.

That commitment was that the United States and NATO would never try and take any former Soviet satellite nation in Central Europe into NATO.

Bush 41 honored that pledge. However, his successor, President Bill Clinton — No. 42 — along with his second Secretary of State, the Czech-born Madeleine Albright, did not. In 1997-98, they energetically promoted the integration of every former Warsaw Pact member nation into NATO.

Pushing back the pushback

From the Russian view, even worse was to come. President George W. Bush (“43”), in his Warsaw speech of June 15, 2001, pledged to integrate the three tiny Baltic states of Latvia, Lithuania and Estonia into the NATO alliance.

This was done, even though all three nations had for almost half a century all been component republics within the Soviet Union.

When viewed from the Russian perspective, the toppling of President Yanukovych was thus not an isolated incident. To them, it was just the latest and most outrageous step in a systematic U.S.-led policy of incursions into the heart of Russia’s historic core security zone.

Russia remains the preeminent military power on the Eurasian landmass (what Sir Halford Mackinder called the Heartland that decides the destiny of the world). It is also the most heavily armed thermonuclear power on the planet. For these reasons alone, recent developments are fraught with danger far beyond the environs of Russia and Ukraine.

From the Russian perspective, the toppling of President Yanukovych was not an isolated incident.

Russia's moves in Ukraine are not projecting Russian power halfway round the world.

Russia's reach has been systematically dismantled by the US since the Soviet Union ended.

From the Russian perspective, the toppling of President Yanukovych was not an isolated incident.

Russia's moves in Ukraine are not projecting Russian power halfway round the world.

Russia's reach has been systematically dismantled by the US since the Soviet Union ended.

Anatol Zukerman on the United States