How will Shenzhen managing its growth as it becomes even more deeply entwined with the neighboring metropolis of Hong Kong?

How will Shenzhen managing its growth as it becomes even more deeply entwined with the neighboring metropolis of Hong Kong? 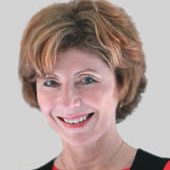 There’s a fascinating district in Shenzhen, the Chinese mainland city adjoining Hong Kong, that’s packed with art galleries offering made-to-order paintings. So skilled are the artists at painting portraits from emailed photographs, that you feel the lifelike eyes of their subjects — from blonde-haired babies to wolves in the wild — follow you around the room.

You have to blink hard to picture this glittering city of 10.3 million as the fishing village it was some 30 years ago, when many of these artists were babes themselves. Shenzhen, identified in 1979 as China’s first Special Economic Zone, has since become the poster child of modern China’s economic opening and the cradle of “the world’s factory.”

Southern China ‘s economic miracle is so celebrated that it’s almost a cliché to note that Shenzhen was just paddy fields when I first saw it in 1978, through binoculars at the Lok Ma Chau lookout on the British side of the “the frontier” that separated colonial Hong Kong from “Red China.” But it’s true.

Today, much of Shenzhen seems more modern and “green” than Hong Kong, with wide tree-lined boulevards and plentiful landscaping. The municipality sprawls across 2,050 square kilometers, almost double the land mass of cramped Hong Kong with its seven million residents.

Shenzhen is also a consumer’s paradise, which is doubtless a worry for those who ask “what will happen to the planet if every Chinese wants to live like a European or an American?” Luxury brands, cars and other trappings of a well-off Western consumer lifestyle can be seen in abundance throughout the city.

And yet, one can also find among the paintings along the alleyways of Shenzhen’s Darfen art district original works by artists who imagine a future that is simpler, less materialistic and closer to nature, such as artist Chen Wanyi with a “panda boy” series inspired by his dreams for his young son.

While the “one country, two systems” arrangements separating Hong Kong from the rest of China are set to remain in force until at least 2047, the integration of Shenzhen with Hong Kong in happening much faster in other dimensions.

Just 15 years after Hong Kong’s handover from Britain to China, there is already a plethora of studies and plans on both sides of the boundary pointing to this accelerated economic merger. A hyperconnected Pearl River Delta megalopolis is envisioned, with tens of millions of urbanites living to first-world standards within a “green” economy that will continue to position itself at the vanguard of China’s further reform and development.

This futuristic vision is underpinned by vast infrastructure projects already underway including the Guangzhou-Shenzhen-Hong Kong Express Rail Link and the Hong Kong-Zhuhai-Macau Bridge. Such developments have sparked lively discussion in Hong Kong over whether the complex issues involved represent a tussle between integration and autonomy, or simply good versus bad planning.

It’s only natural that integration is accelerating on a people scale, too. Increasing numbers of passengers cross the boundary daily in both directions. They include eligible children crossing from Shenzhen to attend school in Hong Kong and retirees from Hong Kong living more cheaply in Shenzhen.

In addition, there has also been a steady stream of pregnant mainland women who cross from Shenzhen to give birth in Hong Kong in a bid to secure permanent residency there for their children, though steps are now being taken to stem the flow.

Even Hong Kong’s Frontier Closed Area, the luscious green belt of unspoiled mountains and valleys separating the Special Administrative Region from Shenzhen, is beginning to dissolve. While some 400 hectares of this 2,800-hectare green zone will be retained for immigration and customs control points and boundary security, the rest is gradually being opened up to a range of intended development and conservation uses.

Shenzhen was just paddy fields when I first saw it in 1978. Today, much of Shenzhen seems more modern and "green" than Hong Kong.

Shenzhen was just paddy fields when I first saw it in 1978. Today, much of Shenzhen seems more modern and "green" than Hong Kong.

Pope Silvio the Illicit: Nepotism, Berlusconi and the Catholic Church