How Republicans and their cynical allies deal with America’s real problems. 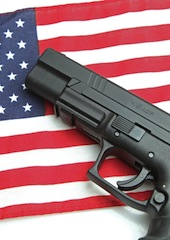 Another mass shooting? No reason to get upset. Let’s just stay calm and offer our “love and prayers” to the victims’ families. And to keep public emotion in check and properly steered in the “right” direction, let’s hire some pollsters.

To do what? We’ll ask them to do some focus groups, so that we can test precisely which message of concerns resonates best with the American people and relevant subsets thereof.

But under any circumstances, let’s not take any real legislative action. Let’s just keep things as they are. And if anyone tries, let’s quickly malign them, with all the force of our communications and lobbying machinery (thanks be to the God of Mammon and the NRA), as hopeless fools.

In fact, those activists who try are un-American by their very nature, aren’t they? All they want is to bring European-style, socialist Big Government into play. Instead, what we should do is to express another round of ritualistic condolences to each other. Send in the prayer-and-flower brigades. And the yellow ribbons.

The first factor that makes this calculated Republican ploy, repeated time after time, not just stunning but downright grating is that it stands in such contrast to the macho hyper-activism usually preached by the McCains and other chauvinists when it comes to problems abroad.

There basically isn’t an issue on which they are not keen to engage. No matter in the global landscape is too small or too remote if one can use it to make a case for the 3M — the Mighty Military Machine of the United States (and its manifold covert tentacles) to stick their collective nose into.

Hyper activism abroad and total passivity at home is a bewildering combination for any nation, but especially perplexing in the case of U.S. Republicans. If anything, their historic claim to fame, at least in the 20th century, was to be quite restrained with regard to foreign engagements, sometimes too much so.

The second factor that makes the current situation in the United States so irritating is the Democratic Party’s general inclination to engage in preemptive concession moves in view of the Republican blockade.

Democratic “strategists” are never worried about doing the right thing, just about the next opinion poll. Those political races are forever shaky. Let’s just not stick our nose out too much.

Displaying a little civic courage — for example, with a strong Presidential speech, is a good thing — if we then cave in time. Let’s just not get serious about anything. That could upset our own main campaign sponsors, too. After all, the business of American politics ultimately is about nothing but raking in the money and pleasing the funders. All else is show and tell.

The third factor in this equation is the near total passivity of the American people. Very strangely for a people who are otherwise so keen (or taught to?) to profess their ability to direct their own affairs individuality, when it comes to “controversial” issues, the main impulse is — to duck.

Few stand on the front lines to fight America’s collective self-silencing, or worse, its self-amputation. When it comes to resolving some long overdue forms of public idiocy, such as feeding the monster with ever more guns, let us never forget that we are one big family and need to get along with each other. So let’s not rock the boat too much.

No wonder the rest of the civilized world is pretty confused. Many people outside the United States have indeed always considered Americans to be in charge of their own destiny — and admired the country for that.

But if a nation is basically frozen in time and cannot deal with its most urgent problems, then it is clear for all to see that the presumed “magic” formula of what made America great is either seriously askew or comes at a very steep price.

If the price to be paid for individual space is to stay mum or ineffective on any controversial issues that pertain to the public sphere, then that is way too high a price to pay. Sheep are not known to have a lot of civic courage, after all. And if this wave of passivity doesn’t end, then the only sensible conclusion is that Americans are collectively morphing into slaughter lambs.

That is not what the world ever expected to see, but we are getting dangerously close.

Beyond the deafening silence on gun control, there are plenty of other examples. Just think of this other American gem: What is the Republican offer if a family has to deal with a medical tragedy that is not properly covered by their insurance (as any insurance should)? Let’s organize a bake sale.

How can one get more cynical? Is there any bigger form of killing the American Dream?

When it comes to "controversial" issues, the main impulse of the American people is – to duck.

If this passivity doesn't end, the only sensible conclusion is that Americans are morphing into slaughter lambs.

Hyper activism abroad and total passivity at home is a bewildering combination for any nation.

American politics is about nothing but raking in money and pleasing the funders. All else is show and tell.

When it comes to "controversial" issues, the main impulse of the American people is – to duck.

If this passivity doesn't end, the only sensible conclusion is that Americans are morphing into slaughter lambs.

Hyper activism abroad and total passivity at home is a bewildering combination for any nation.

American politics is about nothing but raking in money and pleasing the funders. All else is show and tell.

Profiting from Failure at BlackBerry