Why Europe needs to act on climate change – and how. 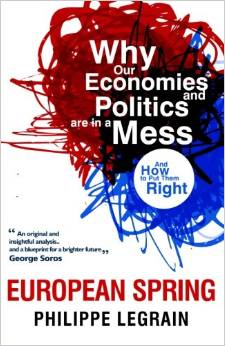 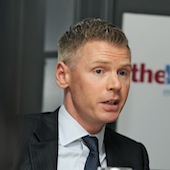 Philippe Legrain is the author of “European Spring: Why Our Economies and Politics Are in a Mess – and How to Put Them Right.”

Economies often need to adjust in conditions of radical uncertainty. Climate change is a good example.

Environmentalists tend to argue that Europe needs to act now to reduce greenhouse-gas emissions — as if there were great certainty about how best to proceed. By and large, these advocates backed the EU’s emissions-trading scheme, which was meant to curb emissions in a predictable and cost-effective way by putting a market price on them.

Skeptics, who have multiplied during the recent economic crisis, point out that every aspect of the issue is shrouded in uncertainty and that current policies are both costly and ineffective. They say that scientists have only a limited understanding of how today’s climate works and even less grasp of how it might change in the future.

Climate change is a complex issue

While both sides are partly right – environmentalists are right to worry about climate change, skeptics about current climate policies being often misconceived – both arguments are flawed. The case for curbing climate change is not that its consequences are certain. Nor is the uncertainty about its impact an argument for inaction.

Rather, the case for action is that the consequences of climate change are highly uncertain and could be catastrophic. Since the only livable planet we know of is Earth, it makes sense to take out insurance against disaster.

But as with any insurance policy, you want it to provide effective cover at as low a cost as possible. Since we don’t know how best to proceed, rigid bureaucratic prescriptions are not the solution.

Ineffective policies are not just a waste of money, they are politically corrosive. Unfortunately, both environmentalists and well-meaning EU officials are often the worst enemies of sensible climate policy.

What is the best path to curbing emissions?

With so much uncertainty, what is the best way to proceed? To insure ourselves against a potential climate catastrophe, the level of carbon dioxide and other greenhouse gases in the atmosphere needs to be capped.

This will only happen if all major economies curb their emissions. While Europe is responsible for a big chunk of the increase in carbon dioxide in the atmosphere since the Industrial Revolution, it accounts for a diminishing share of new emissions – less than a seventh.

Emission reductions in Europe over the past two decades have scarcely offset higher emissions in the rest of the world, not least in China and other fast-growing emerging economies. Since it doesn’t make a bit of difference to the planet what Europe’s share of global emissions is, European policy can only be effective if it encourages others to curb their emissions, too.

In other words, Europe must either stimulate the development and spread of low-carbon technologies and energy sources that are cheaper than existing ones — or it must spur other countries to adopt policies that make emitting carbon more expensive. Nothing else will make much difference.

The EU led the big push towards a global deal on limiting carbon emissions, but its efforts in Copenhagen in 2009 and the various global get-togethers since then have so far achieved little.

The EU has also set a target of reducing carbon emissions in Europe 20% from 1990 levels by 2020, with further cuts mooted by 2030. That sounds reasonable enough. But while emissions generated by production in Europe have indeed fallen, those generated by consumer consumption have soared – and shifting production of carbon-intensive goods abroad does no good to the planet whatsoever. In fact, it makes things worse if they are produced in a more polluting manner elsewhere.

Worse still, carbon production in the energy sector is now rising again because of the failure of the EU’s flagship emissions-trading scheme and the shale-gas bonanza in the United States.

The explosive growth of shale gas in the United States has caused gas prices there to plunge, leading power companies and other industrial users to replace coal with cheaper gas. As a result, U.S. carbon emissions have fallen, because shale gas generates only half the carbon emissions of coal.

Meanwhile, the surplus coal is being shipped to Europe, where gas remains expensive and the cost of burning coal has fallen as the price of carbon emissions on ETS has plunged (because too many emissions permits have been doled out).

Thus while America is shifting to cheaper, lower-carbon gas, Europe is burning more filthy coal. It is a cruel irony that, despite all the EU’s costly policies, America is becoming greener and Europe less so.

The EU also aims to meet 20% of Europe’s energy needs from renewable sources. In principle, trying to create a guaranteed market for renewable energy could stimulate innovation and generate economies of scale. Together, that should create new and cheaper alternatives to fossil fuels.

But in practice, it has often led to exorbitant and often misdirected subsidies for substandard technologies. Cloudy Germany is now covered with pricey solar panels. Offshore wind farms in Britain generate eye-wateringly expensive electricity intermittently. In a return to pre-industrial ways, Europe is now burning vast amounts of wood.

Specific subsidies and targets for biofuels that, by some reckonings, generate even higher emissions than fossil fuels displace crop production, pushing up food prices.

Meanwhile, Angela Merkel has committed Germany to phasing out one economical form of zero-carbon energy: nuclear power. France and Bulgaria have imposed a moratorium on developing shale gas, which is much cleaner than coal and a backstop to intermittent wind and solar power.

Some greens lobby against capturing and storing the emissions generated by burning coal, a technology that is in any case not yet economical.

In short, Europe is neither a global leader in developing low-carbon technologies that could be deployed elsewhere, nor a role model for the rest of the world in crafting low-emissions policies.

How could Europe do better? It is worth persevering with efforts to agree on a global deal to limit carbon emissions. The chances of success are slim but the costs of trying are low.

More important, the EU should provide incentives for research into low-carbon technologies. As well as traditional research funding, why not offer prizes for developing promising new technologies? If that research bears fruit, it would more than pay for itself from the profits of deploying those new technologies worldwide.

The next step is to jettison the ineffective, corporate boondoggle that is the ETS and replace it with a tax on carbon consumption.

A carbon tax that rose steadily over time would provide some predictability for businesses, enable them to better plan long-term investments and encourage them to try to develop new low-carbon technologies. It would also give clean-tech companies a good idea of the price target they need to achieve to be competitive. That would allow them to raise funds and have a go at developing promising technologies.

Importantly, governments wouldn’t be trying to second-guess the best technologies or pick winners among the many clean-tech companies.

A carbon tax would be flexible: it could be raised or lowered at will, depending on how conditions evolve. It would be transparent and impartial, imposing the same price on all firms, with no opaque special favors for politically connected companies. And it would provide revenues that would enable governments to cut other taxes, rather than providing corporate handouts to polluters as ETS emissions permits do.

A tax on carbon consumption would be better than both the ETS and a tax on carbon production because it would actually reduce Europeans’ carbon emissions, rather than shifting them overseas (or achieving very little).

Europe must lead the charge on carbon taxation

While taxing carbon production would have a similar impact if the whole world were doing it, taxing carbon consumption is much more effective if only Europe and a few others go ahead first.

Better still, it doesn’t put European companies, or production in Europe more generally, at a disadvantage. Carbon-intensive products consumed by Europeans would be taxed whether they were made in Europe, America, China or elsewhere.

Instead, the carbon consumption tax could be levied much like a value-added tax is, on local as well as foreign production.

Better still, with the EU single market still the world’s biggest, EU standards often have a global impact – because firms that invest in tailoring their products for the European market then sell them elsewhere, too.

So a carbon-consumption tax would encourage firms everywhere to make their products in a low-carbon way, to gain a cost advantage in EU markets. Once that investment is made, it tends to be cheaper to deploy it elsewhere, too.

Editors note: Philippe Legrain’s new book, “European Spring: Why Our Economies and Politics Are in a Mess — and How to Put Them Right” is out now.

Since the only livable planet we know of is Earth, it makes sense to take out insurance against disaster.

Both environmentalists and well-meaning EU officials are often the worst enemies of sensible climate policy.

Europe is neither a global leader in developing low-carbon technologies, nor a role model for the rest of the world.

Philippe Legrain is the author of “European Spring: Why Our Economies and Politics Are in a Mess – and How to Put Them Right.”

Since the only livable planet we know of is Earth, it makes sense to take out insurance against disaster.

Both environmentalists and well-meaning EU officials are often the worst enemies of sensible climate policy.

Europe is neither a global leader in developing low-carbon technologies, nor a role model for the rest of the world.