As investors pull back and commodity prices fall, is a new crisis in emerging markets brewing? 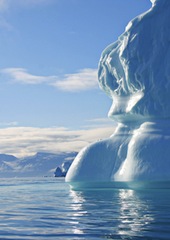 After several years of riding high on foreign investment cash and commodity revenue, emerging markets are in for a shock. The shift is already under way.

The biggest concern today is that the quality of these investments has deteriorated sharply over the last few years. After all, the low-hanging fruit of the earlier years is gone, forcing investors to become more adventurous.

If the Chinese slow down their investments now, that would be a big blow to emerging markets.

China’s growing role in investing in other emerging markets in recent years was based on several strategic calculations.

Prominent among them is the need to guarantee that China’s appetite for commodities would be met and that it would not have to compete for the import of such products with other nations.

The best way to secure that is to own a stake in or lend to the commodity-producing companies abroad.

In contrast, U.S. investors invested abroad in search of yield.

They were responding to chronically low interest rates and several rounds of quantitative easing that flooded the U.S. economy with liquidity, while lucrative domestic investment opportunities have been scarce for years now.

But these incentives for U.S. and Chinese investors may suddenly reverse. Even in a sluggish economic recovery in the United States, ultra-loose monetary policy will come to an end.

The so-called tapering by the U.S. Federal Reserve Bank — i.e., the reduction and ultimate termination of its program of buying assets, such as mortgage-backed securities — will lead to an increase of market interest rates in the United States.

That will happen even if the policy rates — the Federal Funds Rate — remains unchanged. This changes the incentive for investors to take home their funds abroad, especially as the risk of their investments there has risen over time.

At the same time, China might not grow at a greater rate than 7% per year in the medium term, as it is facing multiple problems.

These include challenges to its export-driven growth model, its exponentially greater economic base from which it must grow, sluggish global demand and falling competitiveness with the fastest-aging population mankind has ever seen.

The common mantra that China must switch from an investment-driven growth model to a consumption-based growth model is easier said than done.

However, this necessary evolution also reduces China’s incentive to invest in emerging markets.

China will likely soon start to deploy more of its financial resources at home, for example to recapitalize its banks and bail out highly indebted provinces and municipalities.

As if this double blow of slower investments from the United States and China were not bad enough, many of the affected emerging markets will also see the price of commodities — their major export products — slump. This is especially true for oil-exporting countries.

There is a growing probability that oil prices may fall sharply over the next few years for several reasons:

2. There is an increasing shift from oil to gas, further driving down prices.

3. Global demand will be weak due to slow growth.

4. There is an accelerating move to renewables (certainly in Europe, especially Germany).

The implications of this are not just economic, but geopolitical. High cost producers, such as pre-salt oil and gas production in Brazil (at a cost of $100/barrel or more) might be driven out of the market.

Low-quality petroleum producers, such as Venezuela, which sells most of its oil to the United States might also suffer, because North American shale oil is light and sweet and, therefore, much easier to refine than Venezuelan oil.

The Middle East, especially Saudi Arabia, might struggle not so much because of its costs to produce oil, which remain low, but due to growing political unrest.

The Arab Spring has led the leadership of many oil-exporting countries to accelerate social programs, which can only be financed with high oil prices.

Simultaneously, lower oil prices will probably reduce the overseas investments of sovereign wealth funds of Gulf countries — which have become another major source of capital inflows for emerging markets — adding to the oncoming woes of those economies.

Having said all of that, the good news is that virtually all emerging markets have largely strengthened their international reserves to protect themselves against such shocks.

Yet, important as these buffers are, panicky investors can quickly lead to a rapid depletion of those reserves.

That is a particular danger if such behavior is preceded or accompanied by capital flight (i.e. domestic investors withdrawing their money and taking it abroad).

In looking forward to a world of much slower growth and a significant slowdown of capital flows into emerging markets, it is then important to assess which among them might be most affected.

The latter two may seem measures of the same thing, but they are not.

A country may have a current account surplus and still benefit from large capital inflows leaving it with a strong balance-of-payments position.

By the same token, a country may have a very large current account deficit (also referred to as the savings/investment gap) and hence, depend on foreign savings, meaning large capital inflows.

In assessing vulnerability to a combined “sudden stop” of capital inflows and a commodity price shock, the list of potentially vulnerable countries is large for different reasons.

Turkey, Romania, Morocco, South Africa and India stand out in this context as being especially vulnerable. They have all run large current account deficits and hence depend on inflows.

Brazil and much of Latin America are also at greater risk. They are vulnerable because of their dependence on exporting commodities and the fact that they have greatly benefitted from record capital inflows over the last ten years.

Slow U.S. growth, creeping recession in much of the eurozone and the limits of Abenomics are the key markers to much decelerated global growth scenarios.

This has all played out against the backdrop of rapidly aging populations and mountains of debt that their residents soon will no longer be able to finance.

The slowdown of the world’s second largest economy, China — partly correlated to the malaise in the advanced countries and partly a function of the limits of its own model — is likely to cause a reversal of fortune for many emerging markets.

These countries have done well for themselves over more than a decade.

What lies ahead need not be catastrophic, but it will at a minimum require patience and deft policy management.

As China switches from investment-driven growth to a consumer economy, it has less need to invest abroad.

High cost oil and gas producing countries will soon be driven out of the market by falling oil prices.

Slower growth in emerging markets is not catastrophic, but will take patience and deft management.

As China switches from investment-driven growth to a consumer economy, it has less need to invest abroad.

High cost oil and gas producing countries will soon be driven out of the market by falling oil prices.

Slower growth in emerging markets is not catastrophic, but will take patience and deft management.