What can be done to reduce rampant corruption with resources revenue in Africa? 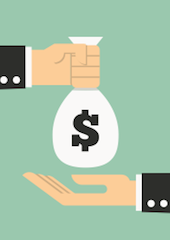 Infant mortality in oil rich Nigeria is three times as great as in one of the world’s very poorest countries, Bangladesh.

Indeed, social indicators in many of the sub-Sahara African countries endowed with oil, gas and mining wealth are appalling.

Nevertheless, the World Bank, the African Union and many other prominent official organizations have repeatedly avoided the blunt condemnation of the rotten regimes that run so many of these countries.

Now, that is changing, thanks to well-timed efforts by a group of distinguished international leaders, headed by former U.N. Secretary-General Kofi Annan and known as the African Progress Panel.

The 2013 G-8 summit put the issue of global “transparency” on taxes and banking front and center on the international policy agenda this year.

Separately, Annan’s group released a landmark report in June (“African Progress Report 2013“) that also places transparency and accountability front and center in a forceful call for policy changes in many of Africa’s resource-rich countries.

The panel’s aim is to shine a light on the mounting — and totally avoidable — humanitarian tragedy unfolding in many of sub-Saharan Africa’s 20 resource rich nations.

Annan’s efforts may well have a significant impact on the G-20 Summit in Russia next month — particularly on the results of a special Summit “Anti-Corruption Working Group.”

In concrete terms, the G-20 is likely to give strong backing to both Annan’s call for forceful implementation of new rules to force oil, gas and mining companies to publicly disclose all of their royalty payments to African governments and for tougher anti-money laundering measures.

The panel’s report provides extraordinary detail about the criminal activity that traps tens of millions of Africans in absolute poverty.

It also outlines the failures of the international official community to address the situation forcefully.

The report concentrates on poverty in those African countries — from Angola to Zimbabwe — that are enjoying rapidly rising incomes from the development of their extractive resources.

In almost all of these countries, the report finds that tiny and powerful elites enjoy exceptional wealth, having diverted their nation’s mineral riches away from the citizenry.

The charges of irresponsibility laid at the feet of many African governments are compelling. The Report provides case studies to support its bold assertions, alongside detailed statistics and the kind of forthright language rarely found in major public reports.

The panel argues that, “The hemorrhaging of resource revenues that occurs through secretive deals and the operations of offshore companies is an unconscionable blight on the lives and hopes of their citizens.”

It adds, “Africa’s resource wealth has bypassed the vast majority of African people and built vast fortunes for a privileged few.”

Kofi Annan highlighted the stakes for reclaiming stolen national wealth for the people, observing that, “Resource-rich countries in Africa still have some of the worst human development indicators in the world.

“Millions of people suffer debilitating and protracted periods of ill health because of avoidable diseases.”

And he goes on to note that, “Resource-rich countries probably account for two-thirds of Africa’s out-of-school children — one in three of the world’s total.

“Social protection systems are underdeveloped. When drought or sickness strikes, the poorest and most vulnerable have no safety net to support them.”

Instead, Mr. Annan explains, low-income parents “are forced to sell productive assets, cut nutrition and take children out of school, perpetuating the cycle of poverty.

“Smallholder farmers are denied a chance to produce their way out of poverty by the poor state of the production and transport infrastructure.”

Analysis in the report shows exactly how national African governments, multinational companies and the governments of leading industrial countries have misappropriated the revenue owed to Africa’s poor.

In particular, state-owned companies in the extractive industries in many African countries engage in all manner of schemes — from mispricing assets to organizing the transfer of assets from the state to powerful elites and outright theft of revenues.

What is needed now is transparency and accountability, with meaningful legislative oversight of these enterprises, comprehensive auditing, full disclosure, for example, of “signature bonuses” for contracts and — to take another common occurrence — “concession trading.”

As a result of the current opacity, for example, the report notes with regard to the Democratic Republic of the Congo (DRC), “Unraveling the deals involved in concession trading in the DRC is enormously difficult.

“The complex structures of interlocking offshore companies, commercial secrecy on the part of major mining companies and limited reporting by state companies creates what amounts to a secret world — a world in which vast fortunes appear to be accumulated at the expense of the DRC’s people.”

The report also blasts multinational companies. Their overly secretive business structures, aided by complex tax approaches, foil any attempts for governments to promote greater transparency and put in place better regulation, even when they want to.

Hundreds of Western multinational firms involved in concession trading in Africa are registered in traditional tax havens, such as the Cayman Islands, the British Virgin Islands and Bermuda.

Or they are associated with shell companies registered in the United Kingdom, or are directed via financial entities in Switzerland and the United States.

Forceful enforcement is now needed to ensure that recent legislation on both sides of the Atlantic to strengthen extractive industries’ transparency.

Despite the protests of many oil and gas multinational corporations, the G-20 could well provide the kind of push for implementation that Annan and his colleagues view as imperative.

The groundwork has been set. The 2010 U.S. Dodd-Frank Financial Reform Act included a clause that compels oil, gas and mining companies to publish full accounts on annual basis of their payments to foreign governments.

As was to be expected, the industry — never a friend of transparency — is challenging this in the courts.

However, the U.S. Securities and Exchange Commission is determined to implement the new requirements and has called for all firms to start reporting next year.

Impressed by the U.S. lead, the European parliament in recent months enacted similar legislation, adding transparency in the forestry sector at the same time. The action there will lead to national legislation in the 27-member countries of the EU.

Then the G-8 Summit placed curbs on international corporate tax evasion as a top priority for action. This dovetails with the recommendations made by the African Progress Panel. The G-20 is most likely to endorse the G-8 action and strengthen the impetus for action.

If the most powerful industrial countries take steps to curb tax evasion and the use of opaque holding companies by multinational resource extraction firms and by their African business partners (often in government positions) it would do much to benefit African citizens.

But international actions alone are not sufficient. Too many African governments seem impervious to calls to be more accountable and to better disclose just what happens to the revenues they obtain from the extractive sectors.

What can change this situation?

To a modest degree, the exposure of the flagrant abuses of some African government leaders and their cronies can help.

Court actions in France and U.S. Senate investigations have brought to light vast luxury investments held in France and the U.S. in the names of some African leaders and members of their families.

These would compel African leaders to demonstrate how they obtained their fortunes and on what basis the cash is rightly their own.

At the same time, these Western governments should streamline procedures to ensure that stolen assets — deposited in banks in Switzerland, Luxembourg, Austria, the United Kingdom and other locations — are repatriated swiftly and effectively.

There is a need for a bold set of initiatives to explicitly tackle the corruption in many African countries that is such a major cause of absolute poverty and mounting income inequality.

The World Bank’s President, Jim Kim, recently pledged to dedicate his institution’s work to ending extreme poverty by 2030. But in announcing this goal, he made scant reference to the massive malfeasance that is such a cause of this poverty.

It is time that he led the charge, inspired now by the arguments made by Kofi Annan and his colleagues.

Reform is more urgent than ever. The coming years are most likely to see increasing investments and revenues in the natural resources sectors of Africa.

This provides an enormous opportunity to use the new wealth to address critical development issues. Failure to move fast will increase an avoidable humanitarian disaster.

Editor’s note: Frank Vogl is the author of Waging War on Corruption — Inside the Movement Fighting the Abuse of Power. You can read an excerpt on the Globalist Bookshelf here.

African resource revenues will grow in the coming years. Failure to act will increase an avoidable disaster.

Two-thirds of Africa's out-of-school children (a third of the global total) are from resource-rich African states.

Hundreds of Western MNCs in concession trading in Africa are registered in tax havens like the Caymans.

To a modest degree, exposing flagrant abuses of some African leaders and their cronies can help.

The West should force banks to use existing "know your customer" rules to compel leaders to prove their incomes.

Stolen assets in banks in Switzerland, Luxembourg, Austria, the UK and elsewhere must be repatriated swiftly.

African resource revenues will grow in the coming years. Failure to act will increase an avoidable disaster.

Two-thirds of Africa's out-of-school children (a third of the global total) are from resource-rich African states.

Hundreds of Western MNCs in concession trading in Africa are registered in tax havens like the Caymans.

To a modest degree, exposing flagrant abuses of some African leaders and their cronies can help.

The West should force banks to use existing "know your customer" rules to compel leaders to prove their incomes.

Stolen assets in banks in Switzerland, Luxembourg, Austria, the UK and elsewhere must be repatriated swiftly.