The Coming of “Big Renewable”

How renewable energy sparks growth in the economy of the future. 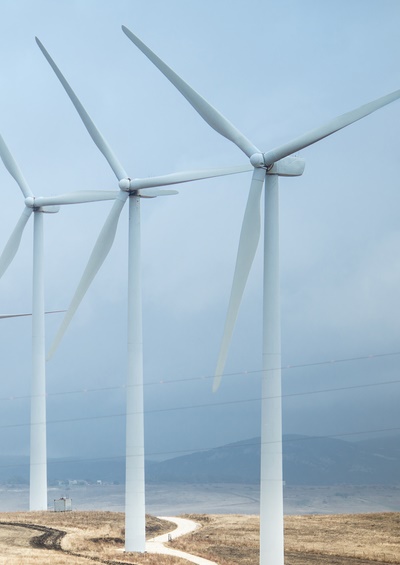 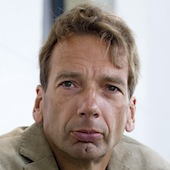 Could the United States do without coal, oil and nuclear power 40 years from now, yet be $5 trillion better off with an economy that is 158% bigger?

That is the argument made by Amory Lovins of the Rocky Mountain Institute in his 2011 book, Reinventing Fire: Bold Business Solutions for the New Energy Era. Beyond advocating ambitious prescriptions for the energy problems we face, he stresses the business opportunities provided by the transition.

Lovins points out that coal and oil may seem cheap, but their “low price covers just a fraction of the total costs society actually pays to mine and burn fossil fuels.” Thus, for example, U.S. military expenditures for Persian Gulf forces total roughly $1.5 trillion a year — “far more than the U.S.’s total energy bill.”

But what if switching to a system based on renewables and energy efficiency is cheaper even without counting those hidden costs?

Those who defend the continued use of fossil fuels argue that industrial societies cannot be built on renewable energies unless they reduce their citizens’ cost of living drastically –- and hence living standard.

In contrast, Lovins’ vision is built around the argument that switching to a fossil-fuel-free energy system will cost less. For the United States alone, it would save $5 trillion by 2050.

And that’s not all. According to Lovins, the transition will not need to be driven by government intervention, but will be led by “business for profit.”

How will this huge change be accomplished?

Lovins breaks down the energy transition into two main parts — oil and electricity, “each of which puts two-fifths of fossil carbon in the air.”

The way to go about this is to start with the basic design of vehicles and buildings. First, the use of energy by cars must be transformed. Two-thirds of the energy used to move a car is caused by weight. Unfortunately, cars have been getting heavier rather than lighter.

However, with new, carbon-based materials, cars can be made stronger, safer and lighter. This will make it possible to make engines smaller and thereby electrification more practical.

According to Lovins, these new cars need two-to-three times less energy and can be built at the same cost but have far lower driving costs.

Electric cars need energy of course, but they need not burden the grid. They can even add flexibility and storage if they are connected in smart ways to the grid and exchange information with smart buildings.

In the same way, the transformation of the electricity system needs to start with redesigning buildings and manufacturing plants. Existing technologies can reduce energy consumption in buildings by a third.

What electricity we need can be mainly supplied through renewable energies, with some natural gas and biofuels thrown in. “Solar and wind power are already cheaper than natural gas fired power in the U.S.,” says Lovins.

Since 2008, half of all electricity capacity added in the world has been renewable. Lovins points out that the reason solar and wind are growing so quickly is that “the ability to make electricity has now become a scalable, mass-produced, manufactured product.

Still, despite the much-vaunted “backup capacity” of baseload power stations, coal and nuclear power plants also fail unexpectedly sometimes. The grid copes with that even without the ability to forecast the downtime.

Renewable energy can likely run most of the grid just as well, according to The National Renewable Energy Lab’s (NREL) very detailed analysis.

The analysis shows that with the help of good weather forecasting, demand response systems, distributed storage and integrated networks, it is possible to operate the grid with 80-90% of renewable energy.

Obviously, the new business models that are being developed will have a tremendous impact on the incumbent utilities and oil companies. The business model of utilities will be turned completely upside down by the energy transition.

“This order will increasingly be reversed: the utility of the future will first build renewable capacity and distributed storage and offer flexible demand, and will only then add gas-fired power and baseload capacity.”

This will happen first in places that have chosen to reward utilities for saving rather than for selling energy.

Oil on the way down

As to the oil companies, they “should be very uncomfortable right now with their strategic posture”, says Lovins. “They are in a very long lead time, capital-intensive business with very high technical, geological and political risk.”

The big oil companies are in many ways extremely capable, skilled and well financed, which could continue to prove useful in a new energy world. However, hydrocarbons won’t sustain their business forever. They must make a change soon, much as IBM transformed itself from a computer manufacturer into a successful computer service company.

Moreover, Lovins does not believe that we should simultaneously pursue all low-carbon supply options. To Lovins, “it’s about choosing a system that can best exploit the full range of supply and demand side options in an integrated, least-cost fashion.”

Once a decisive direction is chosen, he believes American innovation will take over.

Editor’s note: The author is editor of The Energy Post, where a longer version of this article first appeared.

Oil and electricity — “each puts two-fifths of fossil carbon in the air.”

Two-thirds of the energy used to move a car is caused by weight. Unfortunately, cars have only gotten heavier.

New cars need two to three times less energy, have far lower driving costs and can be built at the same cost.

Since 2008, half of all electricity capacity added in the world has been renewable.

Big oil companies must change soon, much as IBM transformed itself from a manufacturer into a service provider.

Oil and electricity — “each puts two-fifths of fossil carbon in the air.”

Two-thirds of the energy used to move a car is caused by weight. Unfortunately, cars have only gotten heavier.

New cars need two to three times less energy, have far lower driving costs and can be built at the same cost.

Since 2008, half of all electricity capacity added in the world has been renewable.

Big oil companies must change soon, much as IBM transformed itself from a manufacturer into a service provider.