A “Brexit light” would help heal the divisions of British society and lead to a more flexible EU. 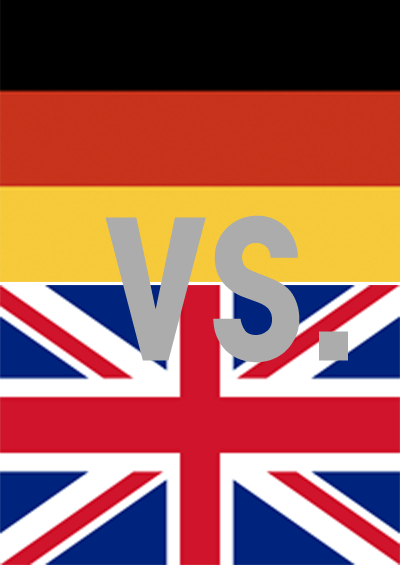 “Married or divorced, but not something in between. We are not on Facebook, with ‘it’s complicated’ as a status.” Luxembourg’s Prime Minister Xavier Bettel this week articulated what many Europeans feel who are stunned by the Brexit vote.

They want to establish Britain’s looming Brexit as a hard lesson for EU skeptics in other member countries. And they plan to push for an acceleration of EU integration.

The reaction of German Chancellor Angela Merkel was more nuanced. On the one hand, she warned the British that there would be no “raisin picking” for them in the design of a new relationship to the EU. On the other hand, she emphasized that the future relationship should be “close and friendly.”

Of course, Merkel is the head of only one of 27 countries that will have a say in how the EU will deal with Brexit.

But, as the experience during the recent crises of the euro shows, she will probably have the decisive influence on the course of action.

Hence, to predict the outcome, it pays to understand her way of thinking. Famous for “thinking about problems from the end to the beginning,” she may well have come to the conclusion that it is in the interest of both the EU and the UK to water down Brexit as much as possible.

At the end of the process, the UK may find itself in the position of an associate member of a more flexible EU.

To appreciate the advantage of a harmonious solution, consider first the consequences of the other choice – a hard separation of the UK and deeper integration of the remaining EU members from Merkel’s perspective.

For this to work, the German Chancellor would need to have reliable partners in other key EU countries. But following Brexit, there are none.

France no longer a reliable partner

In France, the only thing we can say about the future with a relatively high degree of certainty is that after next year’s elections the new President will not be Francois Hollande.

Hence, France will not be available as a partner for Merkel in this critical moment to shape the future of the EU.

In Italy, Matteo Renzi may not survive the referendum on constitutional reform in October. But if he does, he may push for more “financial solidarity” in the EU, to which Merkel could agree only at the cost of jeopardizing her reelection a year later.

In Spain, Mariano Rajoy will be a weak prime minister in the best of circumstances. And Dutch Prime Minister Mark Rutte will sooner or later have to deal with a referendum on Dutch EU or EMU membership.

Looking to the east, the new Polish government would regard any German move toward deeper EU integration as a ploy for German dominance of Europe.

Thus, from Merkel’s perspective, shutting the UK out (and others more closely into the EU) would not only be economically unwise. It would also be a recipe for political disaster.

Merkel will gladly leave this line of policy to SPD chairman Sigmar Gabriel, her presumable contender at the next federal election in September 2017.

In the interest of both Germany and the UK

Against this, minimizing the consequences of the UK vote for Brexit is in the interest of both Germany and the UK. For Germany, keeping the UK as close to the EU as possible is of considerable economic importance.

Last year, the UK was the second-most important destination for German exporters among EU countries and the largest source for Germany’s trade surplus with other EU countries.

But good relations with the UK will also be politically important. They will foster political stability in Europe and help to counter the ambitions of “Latin Europe.”

Those countries see Brexit as a chance to force Germany to show greater “financial solidarity” with their overindebted governments and banks.

Last but not least, it will take the wind out of the sails of the EU skeptics in Germany itself who portray the Union as a nasty prison which only ends up punishing escapees.

For the UK, the answer is obvious: Remaining close to the EU is also economically advantageous and helps to heal the division of British society created by the Brexit campaign.

The way ahead: Who concedes what?

But how could a “Brexit light” be designed? The deal for the UK’s looser relationship with the EU negotiated by the Cameron government could be taken as a starting point.

That deal envisaged the UK to remain a member of the customs union and the single market, while staying away from the drive towards “ever closer union” of other EU members.

Most importantly, migration to the UK was to be contained by allowing the government to exclude EU migrants from British social benefits. Starting from there would of course require the Brexiteers to drop some of their earlier promises.

First of all, there could be no outright ban to migration from the EU. Moreover, the UK would have to continue to contribute to the EU budget, like other countries enjoying access to the single market.

In return, the UK could retain some say in the design of single market regulations. This would be difficult to swallow for the Brexiteers.

But in view of the realistically available alternatives, this should be a price worth paying for them. This package would not only retain important benefits of EU association for the British economy, but also discourage Scotland from exiting the UK.

After all, why should the Scots want to break away from the UK, if the only material consequence were a loss of transfer payments from England and Scottish contributions to the EU budget?

The soberness of Merkel

Angela Merkel has never believed in the “United States of Europe.” She has long looked at the European Parliament and the Brussels bureaucracy with suspicion and, as a counterweight, has emphasized inter-governmental relations.

She has come out against the socialization of public debt in the Eurozone and insisted on strong conditionality for financial help to insolvent euro area member countries.

At the same time, she has strived to preserve European unity, because she did not want to go down in history as the German Chancellor who let the EU break apart.

Those are all sensible positions, especially when considered in a long-term perspective. As with everything in politics, her choice entails hardships and trade-offs.

Now, Brexit has given her a chance to introduce more flexibility in the order of the EU. By helping to turn Brexit into a new associate EU membership for the UK, she could not only help Germany and the UK.

In doing so, she would also improve the prospect of survival of the European Union. By making the EU more flexible, it would become more robust and better placed to survive future challenges.

Germans need to have reliable partners in other EU countries. But following Brexit, there are none.

The Polish government would regard any German move toward EU integration as a ploy for dominance.

Minimizing the consequences of the Brexit vote is in the interest of both Germany and the UK.

Good relations with UK will foster political stability in Europe and counter ambitions of “Latin Europe.”

Remaining close to the EU will help heal the division of British society created by the Brexit campaign.

Brexit has given Merkel a chance to introduce more flexibility in the order of the EU.

Germans need to have reliable partners in other EU countries. But following Brexit, there are none.

The Polish government would regard any German move toward EU integration as a ploy for dominance.

Minimizing the consequences of the Brexit vote is in the interest of both Germany and the UK.

Good relations with UK will foster political stability in Europe and counter ambitions of “Latin Europe.”

Remaining close to the EU will help heal the division of British society created by the Brexit campaign.

Brexit has given Merkel a chance to introduce more flexibility in the order of the EU.