The Future of Urban Development

How can we turn cities into even greater engines of innovation and models of sustainability?

How can we turn cities into even greater engines of innovation and models of sustainability? 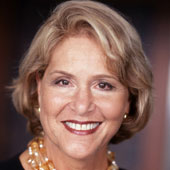 There is a potential roadmap that would enable cities to be engines of growth, while at the same time fortifying them to be more resilient.

Our experience of now more than 50 years of work on urbanization leads us to focus on building and strengthening the infrastructures that help communities bounce back from shocks like the “Great Recession,” while more effectively leveraging the many opportunities of globalization.

In cities, three critical infrastructures are required to achieve the twin goals of building resilience and leveraging more equitable economic growth. First, the most successful cities have the physical infrastructure required to withstand and deflect disruptive shocks, including those related to global warming, which is the foremost physical manifestation of globalization.

Sea levels are likely to rise three feet by the year 2100. That would put thousands of square miles of U.S. coastline, and many of its largest coastal cities, under water. And it would displace tens of millions of people in Asia, where huge cities on coasts and river deltas are at risk of becoming uninhabitable.

To help cities build the physical infrastructure they need to thrive during this time of unpredictable and unprecedented change, the Rockefeller Foundation formed the Asian Cities Climate Change Resilience Network (ACCCRN), which enables cities to grow in a manner that acknowledges and prepares for the possible ravages of a more unpredictable climate.

This network helps some 70 million people in ten Asian cities develop and identify best practices for climate-resilient growth and develops effective, agile ways to implement those practices. These are also being scaled and transferred worldwide. Think of what a difference this would have made if it had been in done in New Orleans or Port Au Prince.

Building economic resilience means that cities must have economies that are diverse enough to withstand financial shocks and innovative enough to seize the opportunities presented by globalization and even by challenges like climate change.

Particularly in Europe and the United States, given high unemployment, slow-going economic recovery and increased vulnerability to climate change, a new growth model based on a low-carbon economy would generate green jobs, diversify urban economies and promote greater prosperity.

As we see from the Global Monitor report, fast-growing, successful cities around the world are those that capitalize most effectively on the hand that globalization has dealt.

That, in turn, would lead to a rise in average earnings of about 2%, while building a more energy-sustainable infrastructure and creating 1.7 million jobs — half of which would be accessible to Americans with a high school degree or less.

In other words, green jobs are one area where it may be possible to promote economic resilience for the working poor and put the U.S. economy on a more resilient, sustainable path to growth, without the episodes of boom and bust that have characterized recent business cycles.

And if that occurs, is it hard to imagine a transformation to more sustainable American cities — cities with greater density, increased walkability and energy efficient rapid transit and temperature control?

This is by no means a radical suggestion, as it is sometimes considered domestically. Green cities are now being designed from the ground up in China, the Middle East and elsewhere, implementing this vision and at the same time creating thousands of new jobs in new green sectors — from housing to transportation to conservation.

We in the United States are disturbingly behind the global curve in building for this kind of sustainable economic resilience.

In addition to physical and economic resilience, we need a resilient social infrastructure as well, one that enriches our cities, makes them truly livable and underpins many of the efforts and opportunities I’ve described above.

The Rockefeller Foundation promotes interventions that build a stronger community and civic infrastructure. For example, Americans’ sense of volunteerism and community responsibility can be coordinated and leveraged for greater impact.

One effort is Cities of Service — a coalition of U.S. mayors, each with an effective plan to coordinate citywide service strategies, engage diverse, local citizens as partners with cities and focus volunteer efforts on city priorities and meaningful outcomes.

These cities have a point person with the executive power and the full-time responsibility to foster volunteerism.

Let me give you a very practical example. In spring 2010, when tremendous flooding in Nashville, Tennessee, killed nearly three dozen people, the city’s Chief Service Officer used her award-winning Cities of Service plan to quickly activate 17,000 local residents to assist in and manage aspects of the relief and clean-up effort.

Nashville’s mayor, Karl Dean, attributed a swift response and recovery not to the Federal Emergency Management Agency (FEMA), not to state authorities or to his local officials, but to the volunteerism plan the city had developed as part of its application to Cities of Service. It allowed the people of Nashville to organize and activate an unprecedented volunteer effort.

In conclusion, no recent development is more pressing — or promising — than accelerating urbanization the world over. Greater attention needs to be paid to the transformative impact of global urbanization and its profound challenges and opportunities.

With clear and compelling evidence that this future will be distinctly and powerfully urban, we can’t go back. We must build new and more resilient physical, economic and social infrastructures for the 21st century, as we come out of the Great Recession.

Editor’s Note: This article has been adapted from Dr. Judith Rodin’s speech at the Brookings Institution’s Global MetroMonitor launch and press conference in Washington, D.C., on November 30, 2010.

We in the United States are disturbingly behind the global curve in building sustainable economic resilience.

Green jobs are one area where it may be possible to promote economic resilience for the working poor.

Cities must have economies that are diverse enough to withstand financial shocks and innovative enough to seize the opportunities presented by globalization.

We in the United States are disturbingly behind the global curve in building sustainable economic resilience.

Green jobs are one area where it may be possible to promote economic resilience for the working poor.

Cities must have economies that are diverse enough to withstand financial shocks and innovative enough to seize the opportunities presented by globalization.

Nationalism Vs. Globalism: The Possibility of One Asia