The Global Rise of a Regulatory Superstate in Europe

How does Europe exercise world power? Isn’t doing it away from military battlefields a truly modern form of global leadership? 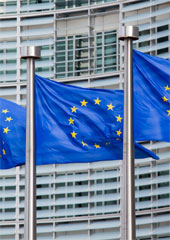 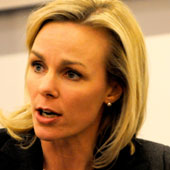 A student recently explained his unwillingness to take my class on European Union law by comparing it to “studying Soviet Union law in 1989.” He is not alone in his skepticism. But he and others who hold such a view are utterly wrong.

It is not unusual these days to hear Europe described as a power of the past. The continent is perceived to be weak militarily. Its relative economic power is declining as Asia’s is rising. And its common currency may be on the verge of disintegrating.

On the world stage, the European Union is thought to be fading into irrelevance due to its economic woes and its inability to speak with one voice.

Yet this narrative overlooks an important aspect of European power: Europe’s ability to unilaterally regulate global markets. Despite its economic and political struggles, the European Union exerts considerable influence over worldwide markets through its regulatory and legal framework.

The world may be focused on Europe’s decline. Europe, meanwhile, is busy projecting its values across global markets, creating a world that is to its liking.

Largely under the radar, the European Union has made a tangible impact on the everyday lives of citizens around the world. It has done so by setting global rules governing a variety of areas, such as food, chemicals, antitrust and the protection of privacy.

Few Americans are aware that EU regulations determine the cosmetics they apply in the morning, the cereal they eat for breakfast, the software they use on their computer, as well as the privacy settings they adjust on their Facebook page. And that’s just before 8:30 a.m.

But the EU doesn’t stop there. EU regulations also effectively determine what kind of air conditioners Americans use to cool their homes — and why their children no longer find soft plastic toys in their McDonald’s Happy Meals.

U.S. regulators are mere bystanders in this process and are largely restricted to watching from the sidelines as their European counterparts build an empire of laws and regulations. And that empire is unlikely to crumble.

How is any of that possible? Here is how: By virtue of being the world’s largest trading block, the EU can essentially dictate the rules and regulations for products that are traded.

Over the years, rules and regulations promulgated in the European Union have penetrated many aspects of economic life, both within Europe and outside. Brussels has pursued a process of “unilateral regulatory globalization.” This is what I call “the Brussels Effect.”

This process differs from the mechanisms used in the political domain of globalization, where governments mutually agree to adhere to regulations. It is also different from unilateral coercion, in which regulations are adopted under the threat or use of sanctions.

Bewildering though it may sound, especially to Americans, the Brussels Effect mainly occurs through market mechanisms.

To be effective and to exercise global regulatory power, the EU does not have to do anything except regulate its own market. The size and attractiveness of its market — the largest in the world — does the rest.

Regardless of where they are headquartered, companies that want to trade with the European Union must make a basic business decision: Do they want to adopt one set of standards for Europe and multiple other sets of standards for the rest of the world?

In most instances, they choose to adopt one standard — that of the EU. Why? Not to succumb to the Europeans, but because they are glad to have one set of rules that governs their global conduct or production. It makes plain business sense.

The inability to conclude the ongoing WTO trade talks is one indication of how difficult it is to get anything done in a world where many countries are powerful, but no single country is powerful enough to set the rules.

Regulatory power is one of the few areas of influence where unilateralism still works, quietly and effectively.

As traditional tools of power have waned in importance, it is increasingly difficult to exert influence through raw military power or even economic sanctions or conditional incentives.

Regulatory power like that of the EU is more durable, more deployable and less easily undermined by others. Therefore, regardless of its financial and political shortcomings, the EU is, and is likely to remain, a major force in the global economy.

While the world focuses on Europe's decline, Europe is projecting its values across global markets.

Companies follow European rules because having one set of rules for their global operations makes plain business sense.

While the world focuses on Europe's decline, Europe is projecting its values across global markets.

Companies follow European rules because having one set of rules for their global operations makes plain business sense.

India: Confessions of a Disillusioned Libertarian