The New (Dis)Order of the Middle East 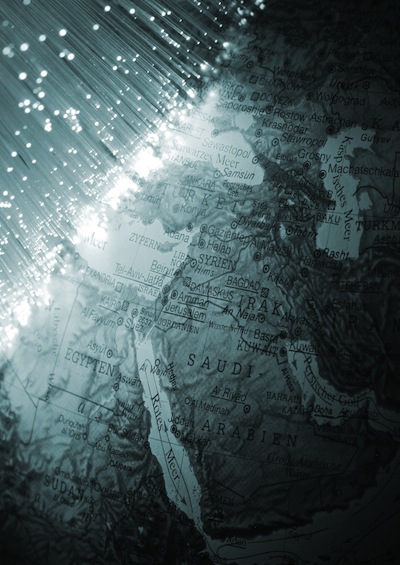 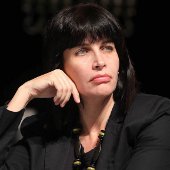 Dr. Einat Wilf is a Harvard and Cambridge trained political analyst. While a member of the Israeli parliament, Dr. Wilf served on tis prestigious Foreign Affairs and Defense Committee.

To understand the Middle East today and its future course, the Europe of the 19th century provides some intriguing parallels. The shared characteristics of the two places and centuries shed light on the magnitude of transformation that the Arab world is undergoing. Reflecting on these parallels provides cause for both hope and fear.

It is an architecture of mid-sized powers engaging in ever shifting alliances and covert and overt struggles to expand and protect their spheres of influence. Like 19th century Europe, there is a strong connection between countries vying for influence and the cohesiveness of their national, ethnic, sectarian and religious identities.

It is no accident that the top mid-sized regional powers which have not had a history of being subject to the Ottoman Empire – Turkey, Iran and Israel – are those that enjoy the most distinct sense of national identity.

Turkey, for obvious reasons, already went through the difficult process of establishing itself as a country with a distinct identity. As the heir to the seat of the Ottoman Empire, it is a natural regional power in the areas that were previously under imperial control.

While there is still much to be done in terms of greater openness, democratization and national expression for minorities, Turkey’s regime and coherence are only marginally threatened by the delayed “Ottoman Spring.” Turkey is therefore well placed to play the role of a regional power.

Iran was never part of the Ottoman Empire. In addition to its distinct Islamic Shiite identity, it has a historic Persian identity that provides it cohesion and coherence.

While its regime is highly vulnerable to the ideas of the “Arab Spring,” its national identity is less so. Iran’s national identity seems stable even though there are minorities that might demand greater voice, such as the Azeris or the Kurds.

Even if Iran’s regime were toppled, its borders and national coherence are likely to remain intact. Coupled with its vast resources and power, Iran is also well placed to play the role of a regional power. It has clear interests in expanding its sphere of influence, particularly when it comes to the Shiites of the Middle East.

Israel is the third non-Arab regional player in the region. Israel has been traditionally viewed as a foreign and colonial insert in the Middle East. It is seen as even more an outcome of the colonial carving of the Ottoman Empire than countries such as Jordan, Iraq and Syria.

The Jewish people began their struggle for national expression with the European “Spring of Nations,” which is where they were located in the 19th century. However, given that their national aspirations were always directed to the Land of Israel, they are more properly thought of as a nation that arose to demand its self-determination in the Ottoman context.

Their unique story can now be understood as straddling both the European Spring of Nations and the “Ottoman Spring.” The idea of Jewish self-determination was born in Europe, but it could only be realized in their ancient homeland, an area previously under Ottoman control.

The self-determination of the Jewish people then finally comes of age and could become accepted and locally integrated with the “Ottoman Spring.”

Israel’s democracy and power mean that it is not domestically vulnerable to the “Arab Spring.” At the same time, the acceptance of Israel as a legitimate actor in the Middle East has been the greatest obstacle to its ability to be an integral, and certainly an overt, party to alliances in the region.

If this negative perception changes, Israel might find itself openly accepted as a legitimate regional power.

The confused ones: Egypt, Saudi Arabia

While the top regional powers in the areas previously under Ottoman control are non-Arab, among those in the Arab world, Egypt and Saudi Arabia are the most substantial players.

Egypt always enjoyed distinct cohesive character given its identity as a nation and people that date back to pre-Islamic times. Saudi Arabia, while an outcome of the artificial carving of the Ottoman Empire, always enjoyed heightened status as the historical seat of Arab identity.

However, unlike Turkey, Iran and Israel, the ideas and forces of the “Arab Spring” all present substantial challenges to the regimes of Egypt and Saudi Arabia. These regimes therefore need to invest far more of their efforts in preserving domestic stability, while also seeking to play a substantial regional role.

One more regional power worth mentioning is the new “Czarist” Russia. This is no longer the Soviet Union superpower player of the Cold War era.

As the Cold War-era architecture of the Middle East has receded and the Soviet Union disintegrated, Russia has returned to its traditional place as a regional actor in the Middle East. Russia is now again a mid-sized power protecting its regional interests, and seeking to expand and defend its sphere of influence in the area that is in its immediate vicinity.

All of these regional powers appear to be engaging, to one extent or another, in a web of shifting alliances, overt and covert, to protect their immediate interests and to prevent as much as possible any threats to the stability of their regimes.

While these alliances have not yet coalesced into official treaties with memorable names such as “The Triple Alliance” and the “Entente Cordiale,” they already seem to be playing traditional sphere-of-influence regional politics that would put the Europeans of the 19th century to shame.

Torn between these regional players and, notably, within themselves are Syria, Iraq and Libya, while other countries are in danger of being torn apart as well.

The borders of these countries do not match those of the peoples within them. They are still in the throes of bloody battles between the old identities of sect, tribe, religion, ethnicity, as well as the new identities created in the wake of World War I.

The European experience, especially with respect to Germany and Italy, demonstrates that the battles in Syria and Iraq could have a profound impact on reshaping the geopolitical architecture of the region, especially if coupled with extremist ideology.

Should the goal of the Al Qaeda-affiliated Islamist jihadists in Syria and Iraq to create an Islamic nation in the lands of Iraq and Syria/Levant be taken seriously?

Could the Islamic State of Iraq and Syria/Levant, if established one day, be the Arab equivalent of Nazi Germany? Could it be the newly formed state in the region’s midst based on a radical and murderous ideology?

This is only part of the litany of questions now seizing the Middle East, with uncertain – and potentially tragic – outcomes, much as was the case in the first half of Europe’s 20th century.

The end of the Cold War created a Middle East like 19th century Europe, full of alliances and nascent states.

Turkey, Iran and Israel look to become the big three regional players in the Middle East.

Could Shiite splinters of Syria and Iraq unite to create havoc? This and many other questions face the Middle East.

Confident and confused – how should Middle Eastern powers handle the post-Cold War era?

Dr. Einat Wilf is a Harvard and Cambridge trained political analyst. While a member of the Israeli parliament, Dr. Wilf served on tis prestigious Foreign Affairs and Defense Committee.

The end of the Cold War created a Middle East like 19th century Europe, full of alliances and nascent states.

Turkey, Iran and Israel look to become the big three regional players in the Middle East.

Could Shiite splinters of Syria and Iraq unite to create havoc? This and many other questions face the Middle East.

Confident and confused – how should Middle Eastern powers handle the post-Cold War era?

Of Textiles and Tariffs