The Nordic Model and the European Crisis

Has Scandinavia’s emphasis on fairness and social cohesion made its economies more resilient to Europe’s crisis?

Has Scandinavia's emphasis on fairness and social cohesion made its economies more resilient to Europe's crisis? 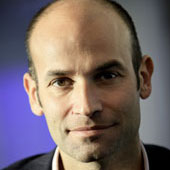 CEO of Proventus AB Daniel Sachs is the CEO and member of the board of Stockholm-based Proventus AB, a privately held company that provides development capital through loans to mid-sized companies. Mr. Sachs is also a member of the European Council on Foreign Relations (ECFR), an adviser to the Europe Program at the Royal Institute […]

But didn’t we learn that high taxes and a large public sector make a country less competitive? The current crisis shows that this is far too crude a model for successful economies and societies. In reality, what matters the most is how efficient taxation (and tax collection) is.

The knowledge that we make the funds we collect work reasonably efficiently, at least when compared to the rest of Europe and the United States, has helped generate the high trust that has made the Nordic countries more resilient to the crisis. It makes effective risk-sharing possible on a society-wide basis, which in turn promotes adaptability and openness to change.

Business people are widely believed to be anti-tax, and they are believed to be congenitally anti-union. Scandinavia certainly has high taxes and strong unions — and yet the Nordic concept also benefits me as a businessman.

Let me show why through the prism of openness to change in the labor market. The Swedish labor market has developed since the 1930s on the basis of collective bargaining and a close dialogue between unions, employers and the state in the interest of the common good.

The company that I run, Proventus, has been active in a large number of corporate restructurings over the past three decades. Let’s take the example of Sweden’s largest commercial television channel, TV4, in which Proventus acquired a majority ownership stake in 2005.

TV4 had a substantial need of change. The people with the clearest analysis of the situation, however, were not the ones you would assume. It wasn’t management, the board or the owners. It was the union representatives on the board (yes, unions have a right by law to be represented on the board of directors of companies of a certain size).

Even in a tough case such as this one, where the changes involved layoffs, the unions recognized the necessity of this in order to protect the long-term competitiveness of the firm.

In a further contrast to the U.S. model, where unions are typically weak and sector-specific, in Sweden we are dealing with strong, centralized unions. This has clear benefits — because it means that the interest of the union is not only the short-term interest of the very group they represent, but the longer-term interest of wider society. Thus, unions serve — and underpin — an important economic value: solidarity.

This model of union organization has meant that Proventus has always worked very closely with the unions in our restructurings and in the forward development of the companies that we have owned.

In other European countries, unions often are not as centralized and therefore can get stuck in adamantly defending a certain group or interest to the severe detriment of overall employment.

Interestingly, in 1993, when Proventus carried out a turnaround of Puma, the German sportswear company, the German unions got to know us and our way of working by talking to the Swedish unions. As a result, Proventus had a very supportive German union as well.

What this goes to show is that, completely contrary to the prevailing stereotype, centralized unions and strong welfare systems — if set up the right way — work hand in hand to promote a society’s openness to structural change.

Another dimension that fosters risk-taking on a society-wide basis is what the Swedish historian Lars Tragardh calls “Nordic statist individualism.” The basic idea is that individuals who are free and secure are also more likely to innovate, experiment and take risks.

In contrast to the American model, which also emphasizes individualism, in our case every person has a positive (and positively acknowledged) individual relationship with the state. Accordingly, we view the role of the state and government not as an intrusion into our individual freedom, but actually as an enhancement. It strengthens our individual development.

That added relationship makes individuals less dependent, in a concrete economic sense, on family or other close relations. A woman can decide to have a baby in the full trust that society will take care of her needs regardless of what her family thinks about it. This assurance provides far-reaching individual freedoms: It supports a single woman who decides to have a baby just as much as a gay couple that decides to adopt.

In addition, generous child care benefits also lead to considerably higher birth rates than in most of the rest of Europe. This is an important consideration in these demographically challenging times. And it has led to increasing numbers of labor force participants — not least among women — which has been a key factor in the success of the Nordic economies.

So, can the so-called Nordic model be copied? For large parts of it, the answer is yes, definitely. But I would rather approach it as “learning from the Nordic experience” than “adopting the Nordic model.”

One fundamental aspect of the Swedish experience is unfortunately difficult to copy: The collective risk-sharing model I have described in Sweden did not start with redistribution. Rather, it started with what we can call pre-distribution.

In the early 1900s, the Nordic societies were among the poorest in Europe. Then, through a number of reforms, arrangements and influential civic movements, we embarked on a path of development to become prosperous together.

A lot of countries — such as the Asian tiger economies — got prosperous first and then started talking about redistribution. In other words, first wealth creation, even if it is unevenly distributed, and then a focus on the smoothing of differences. But because of these built-in disparities of these economies, it has been harder to arrive at an equitable solution.

In contrast, thanks to their long history of fair distribution from the very start of the modern economy, Nordic countries have had a very deep and fundamental level of social cohesion. Far from hindering economic dynamism, it has helped it. One recent study has shown, for instance, that correlation between a child’s income with his parents’ is much higher in the UK than in the Nordic countries.

In other words, social mobility and equality of opportunity go hand in hand. Where there is high inequality, social mobility declines, as has been observed in the United States over the past few decades.

The dishwasher-to-millionaire cliché has become a rarity in the United States, where economic success is ever more correlated to one’s parents’ economic status. That is different in the Nordic countries.

A few words of caution, however. These are difficult times, and the social fabric is under great strain in Nordic societies as it is in so many other countries. We have to fight all the time to strike the right balance between incentives and risk-sharing.

And unfortunately, there are a number of dimensions where even a country like Sweden is moving in the wrong direction. Income inequality in my country is also increasing to record levels, even if numbers are much lower than in other countries. Youth unemployment is unacceptably high, and we are failing to take good care of immigrants and to integrate them fully into society.

But precisely because of these challenges, it is all the more important to remember how Nordic societies have been able to adapt and build both competitiveness and inclusion.

In times of profound change all over the world, we need to focus on finding the right balance between markets and states. To that end, we should understand the positive role the state can have as a mechanism for both risk-sharing and the preservation of individual freedom and a dignified life.

This type of balance has also proven itself to be quite effective in the promotion of free enterprise. And that is why I remain convinced that the costs of providing the safety of a generous welfare state and the cost of providing the possibility of individual development are worth it.

Without that, we would not have what we need most in this global era: openness, social cohesion and the ability to adapt to fast-changing times.

The knowledge that we put taxes to work reasonably efficiently has helped generate the trust that has made the Nordic countries more resilient to the crisis.

Centralized unions and strong welfare systems — if set up the right way — work hand in hand to promote a society's openness to structural change.

Thanks to the fair distribution of income from the very start of the modern economy, Nordic countries have had a deep and fundamental level of social cohesion.

CEO of Proventus AB Daniel Sachs is the CEO and member of the board of Stockholm-based Proventus AB, a privately held company that provides development capital through loans to mid-sized companies. Mr. Sachs is also a member of the European Council on Foreign Relations (ECFR), an adviser to the Europe Program at the Royal Institute […]

The knowledge that we put taxes to work reasonably efficiently has helped generate the trust that has made the Nordic countries more resilient to the crisis.

Centralized unions and strong welfare systems — if set up the right way — work hand in hand to promote a society's openness to structural change.

Thanks to the fair distribution of income from the very start of the modern economy, Nordic countries have had a deep and fundamental level of social cohesion.