The Project for a New European Century

How is the European Union’s model going to change global interaction in the 21st century?

How is the European Union's model going to change global interaction in the 21st century? 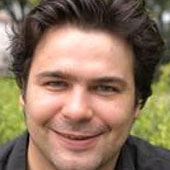 Imagine a world of peace, prosperity and democracy. A world where small countries are as sovereign as large ones.

A world where what matters is that you obey the law — rather than “whether you are with us or against us.” A world where your democratic values are more important than what you have done in the war on terror this week. And a world where you can be a country with a population of just 400,000 — and still be an integral part of the biggest economy in the world.

What I am asking you to imagine is the “New European Century.” True, that vision is not easy to identify. It is not meant to be an ostentatious showboating endeavor.

It is not based on a European dream or a bold vision of the future. Instead it is driven by a desire to evade the past.

As Paul Valery said, “we hope vaguely, we dread precisely.” That is why European integration works like an “invisible hand,” by devising common regulations and laws, rather than creating a European Government.

The British House of Commons, British law courts, and British civil servants are still here, but they have all become agents of the European Union implementing European law.

By keeping a low profile at home and working through international structures, Europe has managed to spread its wings without attracting much hostility. As it becomes a force to be reckoned with on the world stage, it can act in the same way.

When European troops go overseas, they rarely wear European uniforms. They often serve under the flags of NATO — or the United Nations. Where Europe has established protectorates, such as in Bosnia and Kosovo, its special representatives do so in the name of the United Nations as well as the European Union.

European power has a low profile even in the economic sphere. The EU economy is the same size as that of the United States. The EU also has comparable levels of capital investment in the economies of other countries.

The strength of the European Union is that it is not a state. Europe does not have a single phone number, but a network of centers of power that are united by common policies and goals. This enables Europe to give its members access to the largest market in the world — but keep their national identity and control over the policies they care about the most — taxes, crime, health, education and pensions.

Europe’s structure as a club has allowed it to reverse the very idea of the balance of power. As its strength grows, its neighbors want to join it rather than balance it.

The EU doesn’t change countries by threatening to invade them. Its biggest threat is not intervention, but withdrawal of the hand of friendship and especially the prospect of membership.

For countries like Bosnia, Turkey and Ukraine, the only thing worse than having to deal with the Brussels bureaucracy is not getting to deal with them at all. EU membership is such a powerful lure that countries will revamp their legal, judicial and political systems just to join.

Europeans now recognize that sometimes military force is the right — and only — solution to political problems. In the 1990s, the United States led NATO air strikes to protect the Muslim population of the Balkans while Europe fretted.

But Europeans have learned the hard way that political and economic engagement can be a more powerful and permanent agent of change. These days, it’s the prospect of EU membership that’s driving political and social transformation in Croatia, Macedonia, Bosnia and Serbia-Montenegro.

The EU’s secret weapon is the law. Military power allows you to change the regime in Afghanistan or Iraq, but the EU is changing all of Polish society, from its economic policies to its property laws to its treatment of minorities. Each country that joins the EU must absorb 80,000 pages of new laws on everything from gay rights to food safety.

Military power allows you to impose your will almost anywhere in the world, but when your back is turned, your potency wanes. But once drawn into the Eurosphere of law and institutions, countries are changed forever – and they never want to get out.

At the heart of Europe’s strategy is a revolutionary theory of international relations. Many foreign policy experts argue that foreign and domestic policy are fundamentally different.

Domestic policy, they say, is hierarchical. They argue that in domestic politics, a centralized state makes the law and enforces it. Foreign policy, by contrast, is anarchic — there are many competing states with no overarching government or global policemen to keep the peace.

However, this image of domestic politics is wrong. The real reason that societies do not collapse into chaos is that their citizens do not want them to. Order is not produced through hierarchy, but because a majority of people have a stake in preserving order.

That is why people internalize the rules and police themselves. The key to order, therefore, is co-opting people — or countries for that matter — to uphold the rules themselves, rather than coercing them into submission.

Europe is the center of an emerging tradition of thinking about international relations that the eminent military historian Michael Howard has called the “Invention of Peace.”

Howard quotes the 19th century jurist Henry Maine as saying: “War appears to be as old as mankind, but peace is a modern invention.” The idea of peace is distinct from what might be called “negative peace” — merely the absence of war. It is also different from a Hobbesian definition of peace as a period where war is not actually, at that moment, being fought or prepared — but will in due course occur again.

The idea of an active, constructive international order of peace received its classic exposition in Kant’s famous “Essay on Perpetual Peace,” which imagined a brotherhood of republics. Because they reflected the wishes of their peoples, they would never countenance war against each other.

The emergence of the European model is a paradigm-changing event — it is not about a particular country or region going up or down for a few years. The EU already covers 450 million citizens, but beyond them there are another 1.5 billion people in about 80 countries umbillically linked to the EU through trade, finance, foreign investment and aid.

This is the “Eurosphere” — Europe’s growing zone of influence. Through continued enlargement and the EU’s new neighborhood policy, nearly a third of the world’s population has come under the influence of a zone of peace, prosperity and democracy.

Most dramatically, the Chinese are embracing multilateral institutions on a global level — and they are looking at how the European experience can be tapped to build an East Asian Community in their neighborhood.

Some 500 years ago, Europeans invented the most effective form of political organization in history – the nation-state. Countries were faced with a stark choice. Become a nation-state or get taken over by one.

Fifty years ago, Europeans re-invented that model and by the end of the century, people will face an equally stark choice. Join the European Union or develop your own regional club based on the same principles of peace, mutual interference and the rule of law.

This regional domino effect is redefining the meaning of power. As this process unfolds, I believe the 21st century will come to be seen as the “new European century.” Not because the EU will run the world, but because the European way of doing things will become the world’s.

Adapted from “Perpetual Power: Why Europe Will Run the 21st Century” by Mark Leonard

The Right Way to Reconstruct Iraq