How do we get a U.S. Fed that works for Main Street, not Wall Street?

By Thomas I. Palley 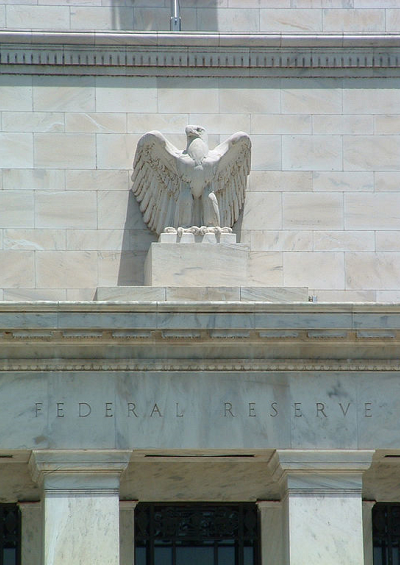 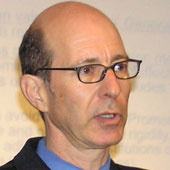 The Federal Reserve is a hugely powerful institution whose policies have an enormous effect throughout the economy. For that reason, it is doubtful the United States can achieve shared prosperity without the policy cooperation of the Fed.

Now, with the economy stronger, there is debate over whether the Federal Reserve should raise interest rates. That conversation is important, but it is also too narrow.

It keeps policy locked into a failed status quo which has seen the Fed consistently take care of Wall Street first, while placing the concerns of Main Street a distant second. Though the Great Recession has triggered some policy shift toward helping ordinary Americans, much more is needed.

Full employment is the bedrock of shared prosperity. Working families need jobs to provide income, and full employment ensures that jobs are available for all.

Full employment also creates an environment of labor scarcity in which workers can bargain for a fair share of productivity, making it essential for decent wages. A big reason for the wage stagnation of the past 30 years is that the U.S. economy has been far away from full employment for most of the time.

However, the Fed’s near sole focus has been on price stability (i.e., inflation), on grounds that full employment will take care of itself if inflation is low and stable. Getting the Fed to adopt full employment policies requires getting it to change its policy framework.

In the meantime, there is an omnipresent danger that the Fed will prematurely tighten monetary policy in the name of preventing inflation, despite the fact that the economy is far away from full employment.

In the United States, we can speak of “full” employment when the unemployment rate is below 5%. That happened in 2007 and the late 1990s, and before that in the early 1970s. This shows how rare full employment has been and how far away it still is.

That is because an economy as large as that of the United States is likely to have higher than 2% inflation at full employment, primarily because of differences in conditions across regions and sectors.

That will give the Fed reason to pull the trigger and raise interest rates, thereby trapping many in unemployment and ensuring continued wage stagnation.

In addition, the Fed must resist calls for pre-emptive interest rate hikes “in order to prevent inflation.” As popular as issuing such calls is with inflation hawks, the reality is economists do not know when inflation will accelerate.

Worse, preemptively raising interest rates increases the likelihood that the economy will stop short of full employment. That will strangle wage growth, entrench income inequality and impose hardship on millions of families.

Instead, the Fed should adopt a “test the waters” approach to policy that allows the economy to edge forward until inflation is seen to be increasing unreasonably. That will enable the economy to reach full employment and wages to grow.

When wages are steadily rising at inflation plus productivity growth that will be one indicator we are approaching full employment.

Do not underestimate unemployment

Another threat is that the Fed may under-estimate the degree of unemployment and labor market slack and then use this under-estimation to justify raising interest rates.

In particular, the Fed may misunderstand the huge numbers of workers who have left the labor force because of lack of job prospects and it may mistakenly think this labor force exit is permanent.

A further danger is that the Fed may mistakenly see the increase in long-term unemployment as permanent and view these workers as unemployable, thereby justifying the view that labor markets are tighter than reported.

The crucial fact to remember is that the long-term unemployment rate has been steadily coming down with job growth. That shows these workers take jobs when they are available.

The sensible thing to do in such a fragile environment is continue with job-friendly monetary policy and see if the unemployment rate continues to come down. That is the logic of a “test the waters” approach.

Furthermore, caution regarding premature rate increases is warranted because interest rate policy is actually a very crude tool that hits the whole economy. Manufacturing is especially vulnerable because of the effect of higher interest rates on the dollar’s exchange rate.

Policymakers need other tools that can finely target particular problem areas (such as asset price bubbles), without inflicting collateral damage on the rest of the economy. It is time for the Federal Reserve to revive the use of margin requirements and introduce new policy tools such as asset based reserve requirements (ABRR).

The Fed should also aim to help finance public infrastructure investments. This would raise growth by relaxing the financing constraint that currently unduly restricts such investment.

One possibility is that this could be done by creating a national infrastructure bank whose bonds the Fed could purchase. Another sensible move would be to set up a new federal agency to securitize state and local government infrastructure bonds. The Fed could then buy those securitized bonds.

The Fed suffers from a proclivity to bias against the working family. That bias is reflected in its hard-wired institutional characteristics. Just look at the Fed’s legal set-up: It is significantly influenced by the banking industry, which exposes it to regulatory capture by the banks – the very institutions it is supposed to regulate.

The Fed also has a powerful bully pulpit that enables it to exert enormous influence on the overall national — and indeed global — economic policy conversation. For the last thirty years, the Fed’s bully pulpit has been enlisted to serve a one-sided agenda.

That is why the current debate over future Federal Reserve policy is so crucial. It is a generational moment for re-enlisting the Fed on the side of Main Street and shared prosperity.

Editor’s note: This op-ed is based on The Federal Reserve and Shared Prosperity: Why Working Families Need a Fed that Works for Them, Briefing Paper No. 389, Economic Policy Institute, Washington, DC, February 9, 2015. The views expressed are those of the author and not those of the AFL-CIO.

Has the Fed ever put anyone but Wall Street first?

“Full” US employment is when the unemployment rate is below 5%. This has happened three times in four decades.

Do economists possess clairvoyant powers to predict inflation? They would like you to think so.

How can we make the Fed’s anti-working family bias a prejudice of the past?

The Fed is significantly influenced by the banking industry – the very institutions it is supposed to regulate.

Has the Fed ever put anyone but Wall Street first?

“Full” US employment is when the unemployment rate is below 5%. This has happened three times in four decades.

Do economists possess clairvoyant powers to predict inflation? They would like you to think so.

How can we make the Fed’s anti-working family bias a prejudice of the past?

The Fed is significantly influenced by the banking industry – the very institutions it is supposed to regulate.

India’s Economy: Embedding the Next Steps into the FY 2015-16 Budget