What options do the United States and Israel have for dealing with a nuclear Iran? 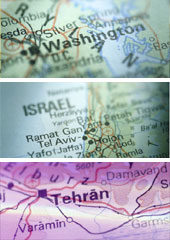 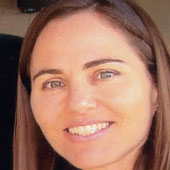 If the United States does not de-link itself from Israeli Prime Minister Benjamin Netanyahu’s strategy of boxing himself in on bombing Iran, it may wind up on the same road it traveled a decade ago towards Iraq. Then, the political “atmos-fear” that gripped U.S. legislators compelled them to support President Bush’s war resolution (expecting him not to follow through).

Today, the assessment that the United States may take this so far that “we can’t turn back even if we want to” reduces foreign policy to fatalism, and gives the impression that it’s driven by a messianic minority — not unlike the impression given by Israel and Iran.

Some may argue the Obama Administration cannot de-link because Iran is a real point of vulnerability for the president’s re-election campaign (a potential “Swift Boat” attack). But the president’s electoral chances won’t be determined by those who support discretionary wars (in the name of Israel), including the small subset of Jewish Americans who vote Republican.

More generally, the President has enough foreign policy clout — including the killing of Osama bin Laden and the fall of Libya’s Muammar Qaddafi — to insulate him from such charges of “weakness.”

Others may argue that bombing is easier than talking and that a bombing campaign against Iran doesn’t constitute war. This diplomacy fatigue — and the blurred distinction between “targeted military intervention” and “war” (how would a “targeted attack” by Iran on U.S. or Israeli soil be interpreted?) — might be a symptom of frustration and an overstretched government, but it is not a solid justification for bombing.

Finally, there’s the argument that it’s only the United States’ tempering ambiguity on bombing that’s holding Netanyahu back. According to polls, Israelis do not wish to go it alone.

But even if the United States de-links from Israel, Netanyahu has more than enough domestic support for de-escalation and for redirecting energy to the peace settlement with Palestine, thereby deflating extremist platforms in Iran and elsewhere. A range of other initiatives could accomplish the same thing, including a “no first use” nuclear guarantee (which of course would require Israel to actually acknowledge its nuclear capacity).

So far, Israel is missing the opportunity to proactively reorient itself to the changing landscape and to take on a regional leadership role for peace.

The United States is also missing opportunities. The United States should explore the possibility of conducting talks in regard to Syria with Iran via Russia or the Europeans before dismissing them out of hand. Lives could be saved and a constructive path back to dialogue-exit strategy for Iran may be forged, hastened by the dwindling lack of support (including from Egypt) for the Iranian regime.

The United States will also need to engage Iran, even if initially through the Europeans, on a security concern that’s largely being ignored — the vacuum anticipated by the U.S. draw down in Afghanistan.

Just as the Americans have managed to cooperate with Pakistan (a nuclear power whose population is far more anti-American than Iran’s) to further its long-term security interests, the United States can sustain engagement with Iran with regard to Afghanistan’s regional security-economic strategy.

Yes, U.S.-Iran relations have gotten so bad that diplomatic back channels aren’t working. Direct dialogue, suggested again recently by Senator Diane Feinstein of California, would represent a start, not a final attempt.

This current communication crisis does not mean that Iran’s nuclear program represents an imminent security crisis. However, an Israeli (and arguably the impending Iranian) identity crisis does.

So does the increasing isolation of two states with leaders determined to retain power on a platform of making the other the enemy (despite the lack of historical animosity), while the economic impacts on their populations make both ripe for domestic instability.

Regardless of the way in which the Bush Administration decided upon, justified, and executed its preemptive attack against Iraq, war is too serious an endeavor to favor impulse. That denouncing bomb attacks on Iran full stop seems radical at this point demonstrates just how much Washington has been swayed by the approach of the previous Administration.

While conventional wisdom says it is impossible this close to an election to change narratives, it’s actually not too late for President Obama to return to his “no wars of choice” roots that helped him win the last election.

The President has enough foreign policy clout — including the killing of Osama bin Laden — to insulate him from such charges of "weakness."

Netanyahu has more than enough domestic support for de-escalation and for redirecting energy to the peace settlement with Palestine.

It's actually not too late for President Obama to return to his "no wars of choice" roots that helped him win the last election.

The President has enough foreign policy clout — including the killing of Osama bin Laden — to insulate him from such charges of "weakness."

Netanyahu has more than enough domestic support for de-escalation and for redirecting energy to the peace settlement with Palestine.

It's actually not too late for President Obama to return to his "no wars of choice" roots that helped him win the last election.