The West Against the Rest

A short history of geopolitical dominance by the West. 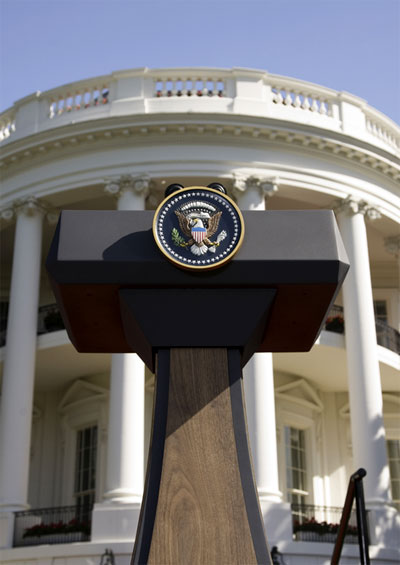 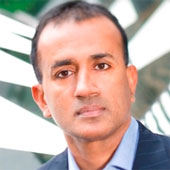 Founder and chief executive, Global Institute for Tomorrow Chandran Nair is the founder of the Global Institute For Tomorrow (GIFT), an organization based in Asia that is focused on the relationship of Asian society and values with those of the rest of the world. Chandran was chairman of Environmental Resources Management (ERM) in the Asia […]

Imagine a bomb going off in a European or U.S. city — and a pregnant mother being killed by the blast.

The West Against the Rest

▪ Part I: A Short History of the West’s Geopolitical Dominance

The unborn baby is somehow saved and in critical condition in a hospital. The mother is buried and her family pins all hopes on the baby living so that the mother’s death is not in vain. Five days later, the little one’s struggle — to live, carry the bloodline and give some meaning to the memory of her mother’s life — is over.

Last breath taken, blood turns from warm to cold, eyes hardly open, never having the chance to get used to the glare of light, the harshness of the brutal world or the sweetness of her mother’s love.

This happened just last week and you should be shaken out of your complacency and start wondering why your sources of breaking news – the global news channels and social media – did not reach you with this story as part of their usual 24-hour news coverage.

You never heard about it because the mother (she wore a veil) and the baby were not from a western nation. They were Palestinians.

Remember Boston, London, and Bali? All outrageous acts of violence against innocent civilians. When it concerns the lives of Americans, Europeans or Australians, the international media coverage of each deceased is endless. Every last little detail is talked about, over and over.

But you will not hear much about Shaymah (age 23) and her baby also named Shaymah (age 5 days). No flowers for them. No condolence books and no pious, emotion-laden speeches by political leaders anywhere in the West.

There are many more such stories from the recent attacks on Gaza: A mother, father and son, all three lost both legs in a bomb attack, their only other child, a girl, badly burnt. All remain nameless to us because they are not what we are led to believe are innocent civilians – they are collateral damage in a “just war.”

It is as if, because they are Arab Palestinians, they are by extension complicit jihadists and supporters of terrorists, which makes their lives not as valuable as those of other people. In reality, they are simply pawns in a proxy war.

So how did we get here? How did we become mindless consumers of news? Why did we write off our sense of humanity – or apply it so selectively? Why do we give in so easily to lies and distortions?

Coming to terms with our very selective perception starts with understanding the nature of the geo-political struggle of the last three centuries between the West and the “Rest.”

The events of the last few weeks and months provide an opportunity to outline a quick tour of recent history and how we got to live in such a world, dividing humanity into the West against the Rest.

Asking questions about this is long overdue — especially for those trapped in sound bites, too busy tweeting, addicted to “likes” rather than “thinking” about things and other impulses so as to not confront reality. It is a reminder, too, to all those also in denial, who shut off the world, quite literally.

For starters, it is not just recent incidences where Western media, and especially American ones, have carefully crafted very selective versions of the past, present and future.

It is curious that, as the West (and not the Rest) commemorates the start of the First World War in 1914, so little is being said about the broader global canvas on which this war took place.

On the broader canvas, the warring European states were at the same time masters of much of the world and dominating hundreds of millions of people. For example, almost 90% of Africa was ruled by European powers in 1914.

And yet, there are no commemorations for these millions of Africans who were subjects of the empires and worse – slaves. In addition, thousands of Chinese, Indians and other subjects of the various empires died fighting worthless wars.

No Asian, African or Arab country was party to this script expect arguably Japan. Why? These nations were the oppressed majority whose resources were needed to enrich the West and create the modern world.

This is true even if one is willing to accept the controversial arguments of some in the West who suggest colonialism was a net gain for the colonies. Native Americans, indigenous communities in South America, millions of Africans and aboriginal Australians were stripped of their rights by colonial Europeans.

Genocide was committed in the name of progress. The rights of the West to control the world were deemed unquestionable and even morally supported by the western religious institutions of the time.

After the great wars of the 20th century, an exhausted and bankrupt Europe was forced to allow for the end of colonialism and the liberation of hundreds of millions in the developing world.

They handed over the keys of global leadership to the United States — and the “Rest” had no say in the matter. In the ensuing 50-60 years, the United States, with all its media power, led a global narrative about a new era of peace and world order that was made in its image and by its rules.

A grateful Europe, rising form the ashes, became its partner made easier by its shared history, religion and culture.

Having learned from the lessons of the colonial experience of its European friends, the U.S. attempted to paint a picture of a benevolent hegemony. It was successful in this endeavor despite growing evidence that it had evolved into an empire and, in that process, had also made Europe a subservient partner to its increasingly unpopular foreign polices around the world.

With Europe in tow, the U.S. government set out to create global institutions and rules for how the world should work. The proposed course of action was dictated by self-interest.

And so it was that the U.S. dollar became the reserve currency of the global economic system. Institutions such as the World Bank, IMF and the WTO were set up. All of this gave the United States what has been called an “exorbitant privilege.”

The West believing its own rhetoric

But whatever the original intentions of the United States, like all other great powers it drank too much of its own kool-aid. In its current state today, it is viewed by many around the world as the greatest threat to world peace given its disastrous foreign policy (Gallup survey).

All of this puts a real question mark behind the suggestion so readily advanced in the global media of the West as a force for good and the upholders of superior values and morality.

This is a generalization, but broadly a correct one. There are many in the West who would agree with this analysis and this criticism is not leveled against them. Rather, it is directed against Western governments and political leaders who have for too long believed their own rhetoric.

Nonetheless, the Western public is still the beneficiary of the global dominance of the alliance of their governments.

The US has led a global narrative about a new era of peace and a world order following its rules.

Is the West really a force for good and an upholder of superior values and morality?

Having learned the lessons of the European colonial experience, the US positioned itself as a benevolent hegemony.

Founder and chief executive, Global Institute for Tomorrow Chandran Nair is the founder of the Global Institute For Tomorrow (GIFT), an organization based in Asia that is focused on the relationship of Asian society and values with those of the rest of the world. Chandran was chairman of Environmental Resources Management (ERM) in the Asia […]

The US has led a global narrative about a new era of peace and a world order following its rules.

Is the West really a force for good and an upholder of superior values and morality?

Having learned the lessons of the European colonial experience, the US positioned itself as a benevolent hegemony.