Are international financial institutions helping or hindering the switch to clean energy technologies? 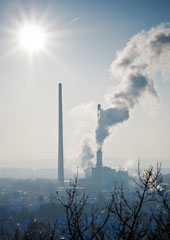 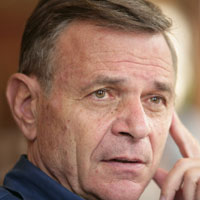 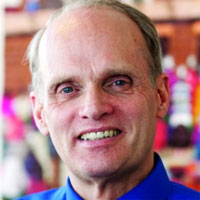 David De Ferranti is president of the Results for Development Institute in Washington, D.C.

The year is not over yet, but it has set new milestones in disrupting the planet — from record-breaking heat, record-breaking forest fires and Hurricane Sandy in the United States, to the biggest Arctic summer melt on record and alarming new data about the global increase in droughts, storms and other “extreme weather.”

There was also a less obvious “record.” India, failing to meet its soaring demand for power, suffered a blackout this summer that knocked out electricity for 400 million people.

The World Bank, which was originally established by wealthy nations, provides billions of dollars for “dirty” infrastructure. In India, the World Bank and the Asian Development Bank loaned $1 billion toward a coal-power complex in Gujarat.

Those two institutions aren’t alone. National development banks, commercial banks, institutional investors and major project developers all continue to line up to pour hundreds of billions of dollars a year into an economically and environmentally bankrupt model for growth.

Infrastructure is perhaps the most crucial, long-term determinant of future global warming, because today’s decisions lock in choices for two to three generations. A centralized, coal-fired power system is a 40- or 50-year investment.

Both developed and developing nations have a vital interest in stopping global warming. Sustainable, low-carbon, energy-efficient infrastructure is not a radical idea. In fact, it is already the official policy of many investors. And the World Bank badly wants to position itself as a champion of green projects.

We need an early warning system — both in Washington where the World Bank is located, and on the ground — in order to properly assess major investment proposals. We need a risk-rating system that can assess the sustainability of major projects. Massive coal-fired power plants may look like a cheap source of electricity, but they present serious financial, environmental and health risks.

A credible Sustainability Rating System could provide a clear benchmark by which the stakeholders — from investors to local communities — can judge whether a given project is really in their long-term interest. There is no such trusted measuring stick today.

Such a system will also amplify the voices of local leaders pushing for sustainable approaches in their own countries. A powerful information hub can provide early and vivid insight about seemingly remote debates in Asia, Africa or Latin America.

The information flows the other way, too. Local leaders can tap into cutting-edge research and experience from other parts of the world.

We also need a rating system — a companion framework to investment grade ratings that ranks a project in terms of sustainability. That way both the public, as well as those making investment decisions, will have a benchmark that indicates how sustainable an investment will be.

Many of the large infrastructure decisions commit to projects, like energy plants, with lifetimes of 40 years or more. The time to measure the damage these investments may entail is before the decision to make them, not afterwards.

Time is running out. Past carbon emissions have already baked in a sizable amount of future warming. There are many signs that the next generation understands the imperative to curb carbon emissions. Let’s give them the tools to do it — and not stand in their way.

Sustainable, low-carbon, energy-efficient infrastructure is not a radical idea. In fact, it is already the official policy of many investors.

The next generation understands the imperative to curb carbon emissions. Let's give them the tools to do it.

David De Ferranti is president of the Results for Development Institute in Washington, D.C.

Sustainable, low-carbon, energy-efficient infrastructure is not a radical idea. In fact, it is already the official policy of many investors.

The next generation understands the imperative to curb carbon emissions. Let's give them the tools to do it.