Are U.S. politicians ready to tell their people that the day is near when the United States will no longer be the globe’s number one? 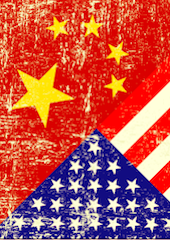 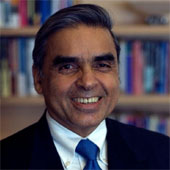 It does not take a geopolitical genius to predict when a major crisis point will emerge in the America-China relationship.

It will happen sometime in the decade after 2016.

Why 2016? That will be the year when, by some estimates, the U.S. economy will no longer be number one in the world.

Whether or not that is the precise year the changeover will happen, when Americans finally wake up to the realization that their economy is number two in the world, it is more than likely that an acrimonious debate will begin with the famous question “Who lost America’s number one spot?”

America has had debates like these before, like “Who lost Vietnam?” or “Who lost Iraq?” Such acrimonious debates are rarely enlightening. Instead, they will be full of scapegoating. China will, of course, be scapegoat number one.

I have firsthand experience of the reluctance of high-ranking Americans to confront an undeniable hard reality that is about to hit their country.

In January 2012, I chaired a panel discussion on “The Future of American Power in the 21st Century” at the Word Economic Forum in Davos.

My opening question was an easy one: “What do you see as the future of American power?” Their answers were predictable: America would always remain number one.

My second question was posed more delicately. I said that I had seen some projections that the United States could have the second-largest economy within a decade or so. Hence I asked whether America could adjust to being number two in the world.

I am not easily shocked, but I must confess that I was shocked by the reactions of the four pundits.

Not one of them could say or imply that the United States could ever be number two.

From their responses, it was clear that “America as number one” was a sacred cow.

These four high-level U.S. representatives are not alone in refusing to confront the reality that America could be number two sometime soon. President Barack Obama also likes to broadcast the message that America will always be number one.

The politicians talk this way because they sense the reluctance of the American people to accept this changeover in power status as an inevitable reality.

Still, it is a key function of leadership to prepare the population for unwelcome and hard truths. Under the present circumstances, it is far more likely that American politicians will instead be tempted to blame China.

Truth-telling does not come easily to politicians, especially democratically elected ones. They have a structural incentive to pander to the wishes of the voters, not to make them uncomfortable with hard truths.

When the debate finally explodes in the United States over who lost America’s economic supremacy, China will face two dangers. The first danger is being scapegoated. The second is smugness on China’s part.

In practical terms, China can do little to stop the scapegoating. Fortunately, China can do more in response to the danger of smugness.

If the Chinese leadership is being honest with itself, it will be the first to realize that many challenges remain on the road of China’s gradual rise.

Despite three decades of success, China still has plenty of former sacred cows to slaughter. These include:

Slaying these sacred cows would be in China’s long-term interest. The longer that these issues remain unmentionable in the open political discourse in China, the harder it will be for China to change course.

In other words, in the next decade or so, both the United States and China have a lot of domestic housekeeping to do.

That should lay the groundwork for each of them to engage in some deep reflection on how to prepare for a future without scapegoating which is always counterproductive.

If the world’s two great powers manage to accomplish that, it will be a very welcome change from the past.

In fact, it is remarkable how either nation must tackle structural failures — and how similar they often are. This applies to:

Deep structural reform is necessary in either country to avert an otherwise inevitable failure.

The most dangerous condition afflicting America today is that it has developed a dangerously distorted discourse about the real challenges it is facing.

And the most dangerous condition afflicting China today is that the country gets way ahead of itself and no longer believes that it faces momentous challenges.

US politicians sense voters' reluctance to accept that China will be a larger economy.

It is a key function of leadership to prepare the population for unwelcome and hard truths.

Unwilling to deal with the cold, hard truth, US politicians instead blame China.

China faces two dangers — being scapegoated by the US and being smug on its own part.

Both the US and China must tackle remarkably similar, profound structural failures.

US politicians sense voters' reluctance to accept that China will be a larger economy.

It is a key function of leadership to prepare the population for unwelcome and hard truths.

Unwilling to deal with the cold, hard truth, US politicians instead blame China.

China faces two dangers — being scapegoated by the US and being smug on its own part.

Both the US and China must tackle remarkably similar, profound structural failures.

Why China Does Not See Itself As a Model