Why is the Bush Administration keen on deploying a technology that doesn’t work against a threat that doesn’t exist?

Why is the Bush Administration keen on deploying a technology that doesn't work against a threat that doesn't exist? 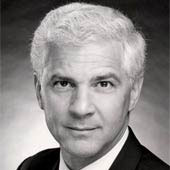 Like the Israeli settler movement, Bush Administration officials want to create facts on the ground that will make it difficult for successors to reverse course.

Ready or not, they want to sign contracts and pour concrete, institutionalizing anti-missile systems in the budgets, planning and psyche of both American and European defense establishments.

Fortunately, they are unlikely to succeed. When U.S. Secretary of State Condoleezza Rice says that “we are determined to proceed” with the anti-missile bases in Europe, who exactly is the “we”?

It is not the U.S. Congress. The House and Senate have cut funding for the European bases and express grave doubts about their feasibility or necessity.

There is no money for building the bases in next year’s budget — even though it is the biggest defense budget ever. It is not the American people either. Polls consistently show that Americans care little for such programs.

It is not even the U.S. military, which worries more about repairing the grave damage done to the armed forces by the war in Iraq than about the $10 billion-a-year anti-missile program now draining funds from other, more urgent defense needs.

Finally, it is not the European people whom the Bush Administration claims it wants to protect. NATO was not consulted, nor was the European Union. Both are miffed and less than enthusiastic.

The publics in Poland and the Czech Republic are also against the new U.S. bases. Washington had neither the courage nor the confidence to make them part of the decision-making process. Instead, it exploited their emerging democracies and their vainglorious hopes to receive some gifts from Washington in exchange for their leaders’ compliant attitudes on missile defense.

If the administration had any sense, it would ditch this technologically weak and strategically unnecessary plan — and instead seize the Russian proposal to use the radar at its Azerbaijan base bordering Iran.

Yes, that radar is not as powerful as the American radar, but it does provide real military capabilities against any future Iranian threat (particularly if coupled with interceptors that could be based in Turkey).

More importantly, a joint U.S.-Russian system would deliver a powerful strategic and political blow to Iran. The cooperation would help isolate Iran, which would now have the humiliation of having its most important political ally and nuclear technology supplier turning its military assets against it. It would also reverse the deterioration in U.S.-Russian relations, paying dividends far into the future.

It should also accept Vladimir Putin’s other proposal — a global ban on intermediate- and medium-range missiles (those with ranges between 500 and 5,500 kilometers).

Come to think of it, this proposal would indeed be a perfect “missile defense” system — destroying these missiles in their pre-production phase, killing them before they are even born.

The United States and Russia agreed to ban their missiles in this range in the 1980s, destroying over 2,600 existing weapons. There are many U.S. experts and policymakers who already agree with this global approach, including Senator Barack Obama, who proposed it last month. Such a plan would further box in Iran and future aggressors.

Instead of seizing these strategic opportunities, the Bush Administration is determined to play tactical games for domestic consumption and the pursuit of an ideological agenda.

In early October 2007, Russian President Vladimir Putin rejected out of hand U.S. Secretary of Defense Robert Gates’ claim that the missile defense system, as pursued by the Bush Administration, “would have no impact on Russia’s strategic deterrent.”

This was not just political theater. In Moscow, the deployments are widely seen as a threat to Russia. Russians are concerned about three issues — current capabilities, future plans and strategic encirclement.

First, the U.S. bases would have a real, though limited, capability against Russia’s nuclear deterrent force. On this issue, Secretary Gates is just wrong.

The sophisticated radar planned for the Czech Republic — the only piece of the system that truly works — will be able to detect and track essentially all Russian long-range ICBMs launched towards the East Coast of the United States, as MIT professor Ted Postol and Stanford professor James Goodby have convincingly documented.

Second, Russians believe this is only the beginning. Here, too, their fears are justified. The radar, once deployed, could be upgraded to become even more powerful — and bases could be added that would increase the threat to Russian missiles.

Now, all evidence indicates that this U.S. anti-missile system is incapable of intercepting any long-range missiles. But Russian military planners cannot count on that.

In so far as the interceptors work at all, they would work against Russian missiles — as well as Iranian. As one senior Russian military advisor said at a Moscow conference I attended in mid-October 2007, “ABM systems in Europe in the near future are not a real danger — it is the prospects for the future.

We know the infrastructure can be built up and we know this is already under discussion and that our former republics are involved. If we are surrounded by new bases, then the question we have is, against whom are they directed?”

Third — and the most serious Russian concern — is that Russia not Iran, is the real target of the new U.S policy. Thus, the bases have become a barrier to the negotiation of any new agreements reducing nuclear weapons and an impetus to pull out of existing treaties that limit Russian forces.

As one expert told me, “If there is a global ABM system and new precision munitions that can strike our forces, we may need more nuclear weapons, not fewer.” In short, Russia must be prepared to counter what they increasingly see as an aggressive U.S. strategy within which Russia is not a partner — but a target.

It is not too late to replace a losing strategy with a winning plan that would counter Iranian programs, contain Iranian ambitions, increase U.S.-Russian cooperation — and, by the way, be grounded on realistic threat and technology assessments.

Might be a refreshing change for the Bush Administration.