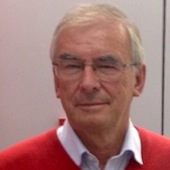 2016 were the most successful Olympic Games ever for the United Kingdom. With 27 gold medals (and 67 medals overall), Team UK came in second place, ranking only behind the United States.

In spectacular fashion, the UK beat both China (3rd) and Russia (4th), as well as Germany (5th ) in the overall standings.

What makes this very special Olympic glory so noteworthy is the contrast to the Olympic Games two decades earlier. In Atlanta in 1996, the British team received just one gold medal – its lowest score ever.

What a difference smart planning makes

What has made the difference over these 20 years? The short answer seems money from The National Lottery, with each ticket sale generating proceeds that were dedicated to funding Team UK at the Olympic games.

But that is not the whole story. Once Britain was awarded the 2012 Olympic games, the country’s then-government under Messrs. Blair and Brown decided to change things around a bit.

A long-term strategy was developed and priorities were set to focus on certain sports where the chance of medals were greatest.

To that end, specialized facilities like the Manchester Velodrome created (yielding a record haul from indoor cycling events for Team UK this time around).

In addition, the best coaches were hired and they and the athletes were highly motivated through incentive schemes based on performance.

Just apply the Olympics strategy to the UK economy

As far as I can tell, the new British Prime Minister, Theresa May, is determined to take a leaf out of her nation’s Olympics book and apply it to the entire British economy.

Mrs. May certainly doesn’t want to copy the English football team’s example, which reached its own “Atlanta moment” this year, with a defeat against Iceland in the European Championship.

Britain has got plenty of sports talent but, as the Olympics strategy has proven, that talent must be properly nurtured.

England’s national football team failed because of systemic problems. That football is considered the national game in England makes these failures especially stinging.

However, for most of the year, they are carefully covered up. With the relentless focus on the global commercialization of the Barclays Premier League, club football seems a glorious enterprise.

But even here, as is seen in the late stages of international club competitions every season, English clubs fall short of expectations.

A key part of the explanation is short-term pressure on results, paired with too many foreign owners and managers with no interest in the national game.

They look for spectacular foreign signings rather than developing home-grown talent over the long term. The contrast to Spanish and German clubs is palpable. They do hire foreign talent, but develop plenty of home-grown talent.

Sir Alex Ferguson was the last manager who raised English youngsters to become world-class football payers – and that is now too many years ago.

As goes football, so does the economy?

M&A activity yields quicker results to make a corporation larger than organic growth would. For the latter approach, you need patient product improvement and development, investment in the latest technologies, focus on opening up new markets and, above all, on skills development in house (at all levels, from shop floor to top floor).

Balance sheet maneuvers, instead of focusing on productivity

All that costs money and reduces profits in the short term. The approach chosen instead is to massage the balance sheet – often through share buy-back schemes – to make the company’s results “look” better, even if this is just a financial engineering exercise achieving no real enhancement in value.

Even more importantly, they mostly just pay mere lip service to the stakeholders – employees and their families, the towns and cities where operations are based, as well as society as a whole.

To give a concrete example how far this disregard for employees and society can be taken, consider Sir Philip Green’s purchase of British Home Stores some years ago.

His special dividend payment of £400 million to his tax-exiled wife, followed by his sale of the company (which carried a £572million pension deficit) to a three times bankrupt associate for one Pound and the subsequent collapse of the company led to the loss of 11,000 jobs.

This bizarre, but carefully crafted chain of events has rightfully been described as “the unacceptable face of capitalism”. It clearly highlights major shortcomings in the UK’s corporate governance.

To make a long story short, under the British business-as-usual rules, the deck is amply stacked against long-term thinking and value creation.

Selling the family silver until there is no more?

Britain has lived for decades on the proceeds of selling assets to shore up the country’s current account deficit and the exchange rate.

Ports, airports, the energy sector, huge numbers of industrial businesses have been sold to foreign investors. The London Stock Exchange and high- tech ARM Holding PLC are the latest in a long line.

For a long time, all this selling off the family silver was falsely heralded as underlining the attractiveness of Britain as an investment location and considered a virtue.

Why was all this misleading thinking pushed on the British public? Because plenty of people in “the City” got filthy rich in the process of acting as advisors to, if not instigators of, these transactions.

England and the “kindness of others”

Now, at long last, doubts are being voiced over the long term effect of all this so-called inward investment. Mark Carney, the governor of the Bank of England warned before the Brexit vote that the reliance on “the kindness of strangers” might backfire.

There undoubtedly is a short-term gain for the national accounts when the proceeds of a sale support the British balance of payment. However, the dividend flow leaves the country forever.

Unsurprisingly, the UK’s once considerable earnings flow from overseas investment has reversed. While the country’s trade balance has for decades been negative, it is a new and worrying development of the last few years that the service sector is in deficit, too.

In some areas, the open door policy has of course worked with remarkable results. The car industry, once the perpetual laggard, is now thriving as it is almost completely under foreign ownership and management.

That is a great success story — and so are hundreds of foreign owned businesses in the UK. The profits from these operations, however, are only partly re-invested in the UK.

The largest part flows abroad. It is thus like English league club football – a great success story, but sadly not so much for the national team.

May’s mind in the right place: Can she do it?

The UK Prime Minister Theresa May appears to understand that there is a problem. Rather atypically for a former Home Secretary, she has been referring to:

It will be interesting to see what she can actually do about it. The prime minister’s mind certainly is in the right place, but she will encounter plenty of resistance from her country’s financial establishment that has gotten very rich on selling off assets.

A true challenge given global competition

Britain’s businesses are up against world-wide competition, quite a few of them like the Germans, Japanese, Chinese and others who are determined to play the long game.

These nations engage in the long game for very different reasons. For example, most German companies, even in the export sector, are not listed on the stock market.

They are family-owned enterprises, whose main aim is to grow to survive and look after its stakeholders – their employees, customers, suppliers and the community.

But even those companies that are listed on the stock market have supervisory boards with worker and management representation.

This structure, reflecting in actual voting rights for workers at the supervisory board level, prevent a company’s top managers from purely self-interested behaviour that underlies most prettifying balance sheet manoeuvres.

I know because I was there: As a top manager of German companies, I was always paid bonuses on market share and profit – never on profit only.

What can be done?

It is impossible, and even counter-productive, to try to copy the German governance system and corporate culture for many reasons. Theresa May is obviously avoiding any reference to the German model – the Social Market Economy also called Rhineland Capitalism.

It would be ironic, to say the least, if Britain would turn in the direction of the continental economic model after leaving the EU. Probably for that reason, Mrs. May has been called May Guevara already!

The search is on for a workable construction that combines the best of both worlds and allows British managers to act in a long-term oriented fashion to the benefit of their shareholders, employees and the national performance.

There can be no doubt that there is enough talent in the United Kingdom to compete with the best – but the system has to be right.

Brexit or no Brexit, the UK has a choice to make. It can follow an Olympic strategy or stay with the calamitous football set-up, which has all the glitz and none of the glory.

Strategic reflections on the dangers of an England relying on “the kindness of strangers.”

Britain has got sports talent but, as the Olympics strategy has proven, that talent must be nurtured.

England’s football saga bears a resemblance to the British business approach, with a similar result.

It would be ironic if Britain would turn to the continental economic model after leaving the EU.

Strategic reflections on the dangers of an England relying on “the kindness of strangers.”

Britain has got sports talent but, as the Olympics strategy has proven, that talent must be nurtured.

England’s football saga bears a resemblance to the British business approach, with a similar result.

It would be ironic if Britain would turn to the continental economic model after leaving the EU.