Why can the U.S. still rely on Kosovo for support no matter how bad the U.S. image is around the globe?

Why can the U.S. still rely on Kosovo for support no matter how bad the U.S. image is around the globe? 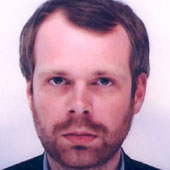 How did you celebrate Bill Clinton’s 59th birthday? Even ardent Democrats may have let August 19 pass without much thought.

But in Kosovo’s main city, Pristina, posters were plastered up wishing the former president of the United States well.

While Clinton secured the lasting affection of the people in the province by launching the 1999 intervention, the pro-Americanism of the province is broader based.

At a time of mounting concern over international perceptions of the United States, it retains a loyal fan-base in Kosovo.

Recent polls there show only 41% public satisfaction with the UN administration. While the UN is currently gaining popularity, it is overshadowed by nearly 60% approval for NATO’s forces. A big reason is the perception that NATO’s presence means a continued U.S. involvement in regional politics.

The strength of that commitment is crucial to the negotiations over Kosovo’s future announced by Kofi Annan in early October. Local observers and the international community alike agree that, whatever agreement is reached, will require full U.S. backing. It also means that NATO forces must remain, perhaps for a decade.

Yet, it is equally a commonplace opinion that responsibility for Kosovo should ultimately lie with the European Union.

In fact, in April 2005, an independent International Commission on the Balkans recommended that the UN should hand over its responsibilities in Kosovo to the EU.

The European Council has been tasked with drawing up the basic principles for talks between Pristina and Belgrade. The prospect of eventual EU membership will be the key incentive for both sides.

The international community is thus pushing Kosovo in the direction it has already pointed Bosnia. Its High Representative in Sarajevo, Lord Ashdown, has framed a series of difficult reforms as steps on “the road to Europe” — and local leaders have acquiesced, if sometimes grudgingly.

Meanwhile, the EU maintains 7,000 troops in Bosnia, more than most analysts think strictly necessary militarily, but a clear political symbol of intent.

But while this “Europeanization” of the Balkans is expanding, it continues to meet with skepticism. Memories of the 1990s remain strong. The International Crisis Group warns that “due to its failure to act unanimously and decisively during the war, the EU is still viewed with considerable suspicion in Bosnia.”

In Kosovo, the EU is also blamed for problems in the present. Having taken responsibility for the province’s economy as part of the UN administration, it is currently struggling with over 60% unemployment.

Moreover, the incentive of eventual EU membership has lost some of its luster. The summer’s “no” votes to the European constitution resulted in rumors that even Romania, scheduled to join the Union in 2007, might be blocked.

This fear may have been exaggerated, but the French government has suggested that it will hold referendums on all future enlargements: If the “Polish plumber” helped sink the constitution, what hope for the Bosnian builder?

While Balkan leaders may be working towards the EU, they still turn to the United States for reassurance — or tactical advantage. Julian Braithwaite, formerly a senior advisor in Sarajevo, has observed that U.S. officials demonstrate “considerable forbearance” in fending off local politicians’ efforts to play them off against EU policies.

While Europeans may like to contrast their respect for “legitimacy” with supposed American arrogance, the United States is actually helping to legitimize the EU’s policies in much of the former Yugoslavia.

This is true not only where America is seen as the liberator — Kosovo and Bosnia — but also in Belgrade, where grievances over the “NATO aggression” of 1999 are coupled with efforts to join NATO’s “Partnership for Peace”.

And while much is made of “European values” in shaping the EU’s enlargement, NATO has likewise been tough on matters of principle in dealing with Serbia and Montenegro. The “Partnership for Peace” remains conditional on the arrest of leading Bosnian Serb war crimes suspects Ratko Mladic and Radovan Karadzic.

While the United States thus continues to play a key part in shaping Balkan politics, its role will diminish as the EU’s ascendancy continues.

The U.S. contribution to NATO forces in Kosovo is already confined to a National Guard division — although these older, wiser troopers are often said to make canny peacekeepers. Unless moves towards Kosovo’s independence spark serious trouble, Washington’s planners will be happy to keep their commitment limited.

And, as the EU continues to expand its engagement with the former Yugoslavia, it is likely to win increased trust. While many ex-Warsaw Pact nations valued the United States over the EU in the early 1990s, opinion polls showed a shift in the latter’s favor as they were brought towards — and then into — the Union.

Washington may find itself promoting a similar process in the Western Balkans, lobbying for EU enlargement to succeed as it has this year with the start of Turkish membership talks.

If — a daunting if — the former Yugoslav states do all eventually complete their progress down the “road to Europe,” the Clinton and Bush Administrations will be remembered for readying them for the journey.

It is ironic that Bill Clinton’s decision to use force over Kosovo may come to be interpreted as a successful example of the philosophy now associated with George W. Bush: The use of hard power to expand the zone of freedom and democracy. And given recent transatlantic spats, it is doubly ironic that this zone should be called the European Union.

Nixon to China, Bush to Kyoto?