After the D.C. mayor’s veto: What’s Walmart’s real game plan — aside from refusing to pay a living wage? 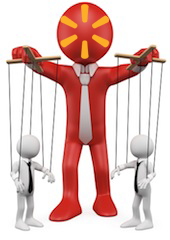 After the D.C. mayor’s veto of a bill directing Walmart to pay a living wage, the bill’s fate hangs in the balance. It’s high time for a broader look at the U.S. retail behemoth’s real hardball strategy.

For decades, one of the most vexing issues in the United States has been that the “inner cities” — largely code for the areas where poor people live — have been devoid of food stores selling fresh, healthy foods. Some years ago, Walmart set out to help bring an end to the United States’ urban “food desert.” Or so it seemed until now.

Instead, one finds them saturated with convenience stores like 7/11 and their amply stacked rows of junk food. Under these circumstances, it is no surprise that the correlation between poverty and obesity has strengthened in recent years.

The root cause of this problem has been ascribed to a variety of reasons. They range from large supermarket chains fearing for the safety of their employees if they open stores in those areas, the low odds of turning a profit at those locations, worries about tarnishing the brand to, finally, outright discrimination.

In pursuit of a remedy, many possible solutions have been tried. The U.S. federal government, at least since Bill Clinton’s times, has pursued campaigns to promote the advantages of healthy eating, aimed especially at poorer households.

U.S. foundations and NGOs galore have come up with ideas that appeal to the nation’s civic spirit, reason and/or sheer humanity. City councils have been trying to use local regulations to induce supermarket chains to locate stores in the economically weaker parts of town.

The outcome to date is dispiriting. According to estimates, 23 million Americans live in so-called food deserts. That’s about 7% of the entire U.S. population, a pool of people (and customers) who by themselves would constitute the 49th largest nation on earth.

Walmart to the Rescue?

Enter Walmart. The company saw this issue as a strategic opportunity to deal with two problems simultaneously:

First, its customers, generally from below the median income level, are suffering economically from the prolonged effects of the recession. As a result, Walmart had to battle something rare in its corporate history: a long string of quarters with stagnating or declining same-store sales. That’s not good for business.

Second, Walmart’s efforts to expand into America’s large cities are being stymied by a coalition of urban liberals, union representatives, local city council members, city planners and others opposed to Walmart’s big-box superstores.

It is well known about Walmart that once the company locks in a target, it just doesn’t take “no” for an answer. It won’t stop thinking and maneuvering until it has found a way, quite literally, to get out of the box it finds itself in.

Every challenge, no matter how big, ultimately contains a mega-opportunity. That core creed makes Walmart the quintessential American company.

Against that backdrop about two years ago, Walmart developed a plan that essentially boils down to eight steps.

Its goal was to simultaneously solve the problems of the urban “food deserts” (= acting in the public interest) and to overcome opposition to Walmart’s penetration of U.S. trophy cities (= acting in its private interest).

2. Focus on offering fresh foods in those disadvantaged areas.

3. Make sure that the prices for those goods, typically considered too high by that poorer clientele, are as low as possible.

4. Increase purchases from local farmers and ask them to deliver to local Walmart stores directly, thereby winning over the environmentalists (if not the “foodies”).

5. Beyond fresh foods, focus on offering healthy foods, not just in its more upscale market areas but particularly in the poorer areas.

6. Obtain not just the support of health policy officials, but also dent the heretofore-fundamental opposition of socially conscious, upper-income citizens around the country against Walmart’s stores in major cities.

7. In order for its healthy foods campaign to succeed, Walmart committed itself to driving down the prices in this segment. (That, of course, runs counter to that market segment’s previous positioning.)

8. Walmart wanted to change the equation “healthy = expensive.” A considerable part of the solution was to be achieved through a sheer volume effect. Selling much more than in the past allows companies to reduce prices and still gain profits by selling much larger volumes.

No matter which way one wants to look at it, it was a brilliant plan. But as it turns out now, it was also a highly cynical move.

The latter was unfortunate, but to be expected, given Walmart’s track record around the United States. At first, everybody but the perennial doubters was blind sighted. As Walmart executives — including some hired from, wouldn’t you know it, the Clinton Administration — were busily telling everyone who wanted to listen, this was deemed a mission-critical endeavor for Walmart.

Walmart seemed to create a true triple-win situation, for poor communities, for itself and the fight against obesity and poor health.

But no matter how you cut it, its main goal was to penetrate urban areas. That is mission critical to avoid facing sales stagnation. Unless it manages to win much wider acceptance from consumers at the median income level and above, it is destined to deal with a customer base that’s tapped out in terms of income.

Evidently, Walmart’s strategy was cleverly designed. Its stealthy purpose was to blunt the liberal opposition against its urban expansion into cities such as Chicago, New York City and Washington, DC. Tying its efforts to gain new markets by virtue of also helping to help the poor looked like a fair deal.

Walmart’s plan almost seemed like magic. The company seemed to act in its favored capacity — as the benevolent dictator of America. When it makes up its mind on a progressive cause (such as the environment), it can put policies into effect that have been discussed for eons.

In the annals of U.S. corporate history and those of public policy, Walmart is a true standout. Even Bill Clinton, with his considerable political skills, must be mightily impressed. Has there ever been a company that has positioned itself as a more skillful practitioner of his brand of triangulation.

Earlier this summer, Walmart found itself in the news headlines, not just nationally, but globally because its triangulation strategy as designed for Washington, DC, the nation’s capital, seemed to be falling apart.

Yet, just as the D.C. City Council voted on a bill requiring very large retailers like Walmart to pay their employees a wage of $12.50 an hour, a hoard of Walmart lobbyists descended on city government offices.

Faced with that demand, Walmart has threatened to cancel all its plans to have stores in the city. The reason is simple. Walmart’s secret to success is that it has fought unions, benefits and anything but the lowest possible pay rates in a hard as nails fashion wherever it operates.

It’s clearly not that Walmart doesn’t have the money to pay its “associates” in D.C. a fair wage. The real issue is the power of the precedent. The company must fear that, if it gives in in Washington, a wave of similar demands would swell up around the nation. That would get costly – and, it will argue, eat into the company’s profitability and stock price.

As so often, Walmart can count on weak-kneed politicians to come to its rescue. Few are more weak-kneed and shadier than D.C. mayor Vincent Gray, who has vetoed the D.C. City Council’s bill. The proponents of the living wage bid are just short of the votes to override that veto.

The mayor may nobly justify his veto with the trap originally set by the company – that it will build the stores in the “food deserts” once the wage bill has disappeared.

If only it were so.

To judge Walmart’s real strategic and tactical savoir for yourself, look at the build out strategy the company has pursued in Washington, D.C. The three stores in D.C. that are already under construction definitely are not in the city’s poor areas. They happen to be in where lots of students and young professionals live.

Clever as ever, Walmart has identified the college market as an attractive one. Reaching it would allow the company to build ties with a new generation of customers outside its traditional demographic.

Call Walmart cynical, smart, or both: The fact is that Walmart held back on breaking ground in the desperately poor areas of town, where the real food deserts are. That strategic delay now gives the company added momentum to realize what it is always about – that it gets its way, on its own terms and nobody else’s. The entire rest of the world be darned.

On occasion, Walmart acts in an enlightened manner until it's time to play hardball.

Once Walmart locks in a target, it just doesn't take "no" for an answer.

Walmart had a brilliant plan to end “food deserts” but it was also a highly cynical move.

Walmart seemed to create a triple-win: for poor communities, for itself and the fight against obesity.

Walmart’s strategy was to blunt the liberal opposition to its urban expansion.

Walmart likes to act in its favored capacity: as the benevolent dictator of America.

Walmart fears that, if it gives in to Washington D.C., similar demands would swell up around the nation.

On occasion, Walmart acts in an enlightened manner until it's time to play hardball.

Once Walmart locks in a target, it just doesn't take "no" for an answer.

Walmart had a brilliant plan to end “food deserts” but it was also a highly cynical move.

Walmart seemed to create a triple-win: for poor communities, for itself and the fight against obesity.

Walmart’s strategy was to blunt the liberal opposition to its urban expansion.

Walmart likes to act in its favored capacity: as the benevolent dictator of America.

Walmart fears that, if it gives in to Washington D.C., similar demands would swell up around the nation.