Why I Am (Still) Optimistic About Russia

Why is Russia, despite its serious economic challenges, still worthy of being a BRIC?

Why is Russia, despite its serious economic challenges, still worthy of being a BRIC? 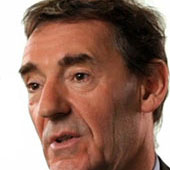 The argument goes that Russia’s unfavorable demographics, excessive dependence on energy and raw materials and its poor record in governance and legal structures make it an unworthy recipient of the power bestowed by its status as a BRIC. I frequently receive e-mails explaining to me why BRIC should in fact be BIC.

What I tell these critics is that, while Russia does have serious challenges, it also has the potential to have a higher GDP per capita than the other BRICs — and even higher than all other European countries. If Russia fulfills its potential, it will create all sorts of interesting and complex political and social issues for the European Union and the world, besides the obvious economic ones.

For the EU to have a wealthier neighbor on its borders would be quite remarkable. Provided it does not provoke conflict, it could raise the possibility of Russian membership in the EU.

At the core of Russia’s present challenges are its demographics. It is widely believed that Russia has a troubling economic future as its population may decline sharply owing to excessively high mortality. This widespread expectation is at the core of why so many doubt Russia’s worth to be regarded in the same context as China, India and even Brazil.

Anecdotes about Russia’s poor life expectancy abound. I was once told a story by a Russian academic that 60% of all Russian males over the age of 40 die drunk. True or not, it feeds a certain prejudice about Russian life.

During my many discussions about Russia over the years, one of the statistics that hooked people’s attention was that the average Russian male lived to only 49. That’s 20 years less than the average American man. At a BRIC conference in London in May 2010, I had the pleasure of interviewing First Deputy Prime Minister Igor Shuvalov, who told me that male life expectancy had risen closer to 65 as a result of major policy initiatives to reduce the consumption of very low-quality alcohol, especially vodka.

When I discussed these comments with academics, they questioned the degree of improvement, but agreed that life expectancy was on the rise. Smarter taxation to discourage consumption of low-quality vodka was cited by them as a critical variable.

Improving Russia’s demographics has certainly been on the minds of its leaders. In 2006 Vladimir Putin — then president, now prime minister — called demography “Russia’s most acute problem today” and the situation “critical.” Its population had been falling since the collapse of the Soviet Union owing to a combination of emigration, rising death rates and falling birth rates. HIV had also taken its toll.

In 2004, just 10.4 babies were born for every 16 Russians who died. All across Russia, it was rare to see a family with more than one child. Putin proposed a wide range of subsidies and financial incentives to increase Russia’s birth rate, including raising the child benefit (payable for 18 months) to $53 a month for a first child and about $107 for a second child, longer periods of maternity leave and investment in prenatal care, maternity hospitals and kindergartens. Parents who had a second child were promised $10,000 from the government.

The goal was to reverse Russia’s annual population decline of 700,000 per year. If Russia can pull off this demographic shift, its economic prospects will improve dramatically. Forecasts that the country’s population would fall below 100 million by 2050 will suddenly look far too pessimistic.

Based only on our conservative consensus demographic assumptions, Russia’s GDP could grow to $7 trillion by 2050, around four times where it is today. If its population simply stops declining, Russia could quite easily become as large as Brazil, at around $10 trillion in 2050.

This is important to bear in mind in view of the “gloom” about Russia’s potential. Russia doesn’t need dramatic growth rates. It just needs to avoid crises. If it can do this, Russia will probably see its GDP (measured in U.S. dollars) grow by more than the aggregate euro area this decade. Its GDP could overtake that of Italy as soon as 2017, and in the decade 2020 to 2030 steadily sweep past France, the UK and ultimately Germany. It is quite something to imagine that within 25 years from 2011, Russia could have an economy larger than Germany’s.

Of course, I’m not blind to the challenges Russia presents. One major concern about Russia is its overreliance on oil and natural gas. In one sense, it is a great blessing for a country to have large energy and mineral resources that it can sell.

But it risks inducing laziness. It is wonderful when commodity prices are rising, but when they fall an economy can quickly look vulnerable. This happened to Russia in 2008 during the global financial crisis, when its GDP fell by 8% as a result of the fall in oil prices, and the value of its stock market fell a staggering 70%. No country likes to experience such volatility.

Nevertheless, Russia is bursting with potential. In early 2011, during a discussion about the internet at the St. Petersburg Economic Forum, one of the panelists pointed out that two of the Russian internet companies that had gone public in the previous year were among the most highly valued technology companies in Europe, the Middle East and Africa. The UK, France and Germany cannot boast similar successes.

During this same discussion, President Dmitri Medvedev himself came in to participate, an indication of Russian interest at the highest level. The Skolkovo Innovation Center being developed just outside Moscow is intended to nurture a Silicon Valley-style technology cluster, and both Apple and Cisco have invested.

I believe Russia has one of the best national technology policies in the world — with the raw intellectual talent to make it happen. Russia’s history of strong centrally guided education with very high standards in both math and science enable it easily to increase both its use of modern technology and its innovative application. Not only is this apparent in business, it is also appealing to the country’s policymakers.

At a micro level, Russia is strong in education (better than India) and communications: telephones, computers, the internet. Its weaknesses, aside from low life expectancy, are political stability, the rule of law, corruption and the general creep of government into important aspects of everyday decision making.

Russia’s failings in these areas tend to kindle an emotional hostility in the West. But it is important to keep some perspective.

Editor’s note: This excerpt is adapted from The Growth Map: Economic Opportunity in the BRICs and Beyond by Jim O’Neill (Portfolio/Penguin). Published with permission of the author. Copyright © 2011 by Jim O’Neill.

If Russia fulfills its economic potential, it will create all sorts of interesting and complex political and social issues for the European Union and the world.

In 2006, Vladimir Putin called demography "Russia's most acute problem." Its population had been falling owing to a combination of emigration, rising death rates and falling birth rates.

Russia's GDP could overtake that of Italy as soon as 2017, and in the decade 2020 to 2030 steadily sweep past France, the UK and ultimately Germany.

If Russia fulfills its economic potential, it will create all sorts of interesting and complex political and social issues for the European Union and the world.

In 2006, Vladimir Putin called demography "Russia's most acute problem." Its population had been falling owing to a combination of emigration, rising death rates and falling birth rates.

Russia's GDP could overtake that of Italy as soon as 2017, and in the decade 2020 to 2030 steadily sweep past France, the UK and ultimately Germany.