Why Japan is Trapped 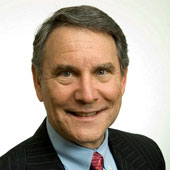 All over the world, the voting participation of older citizens typically is much greater than that of younger citizens. As a result, the needs and priorities of older voters increasingly shape the politics and government policy of countries in a disproportionate way.

This trend is most clearly evident in Japan. The reason is simple: The peak age of Japan’s baby boom is ten years older than America’s — and 15 years older than Europe’s. Japan is simply the first of the industrialized countries to manifest the effects of aging on politics, policy and economic growth.

The economic problem begins when conditions change and make the long-term growth strategies of an economy outdated. The old-growth sectors offer low economic returns and need to shrink as a percentage of GDP. New higher return sectors need to take their place.

The problem is that the older sector companies comprise most of GDP and employ the most workers. Older voters by and large are either still working in them or are dependent on their retirement programs.

The well being of these older voters and their families is closely linked to that of old-sector companies and financial institutions that lend to them.

Because older voters are crucial to reelecting politicians, it should not be a surprise to see governments respond to their wishes — and try to prop up the old sectors with every available resource, even in times of economic weakness.

Economically, this is not a sensible strategy. The return on capital in these sectors is very low. Government efforts to prop up the sectors tend to weaken the overall economy — not strengthen it.

To improve the nation's economy, human and real capital employed in the old-growth sectors needs to be allowed to move from their current low-return uses to higher return ones.

This shift is the essence of what is meant by restructuring reform — and it is the heart of the reform debate in Japan.

When political forces prevent capital from moving from low return to high return uses, an economy is in a structural trap. The economy's structure — sectoral and political — prevents recovery.

What do you do when a government is unable to permit the capital reallocation that is needed to generate growth and job creation? First, you need to accurately diagnose the problem.

In a structural trap, governments are politically unable to allow the capital reallocation needed to generate long-term GDP growth and job creation. Politicians can't wait for long-term growth. Their constituents are calling for help now.

Accordingly, political leaders use fiscal policy to support GDP mainly by directing national resources back into the older, sheltered sectors.

Political leaders also put pressure on the banks to do what they can keep old-sector companies from failing. Fiscal subsidies and low interest rates thus support companies that otherwise would fail.

The mounting burden of non-competitive companies depresses the profits of strong companies preventing them from adding to growth and job creation throughout the economy.

The combination of supporting weak companies and discouraging strong ones puts the government on a path of ever-growing deficits and debt.

If a country's political leaders are not allowing restructuring to take place and instead are shaping policies to preserve the status quo, then that nation is almost certainly in a structural trap. Despite the economic weakness, polling data will show that workers in the old-growth sectors continue to support political leaders.

Because the economy weakens instead of recovering, a downward cycle of politic needs and spending sets in that makes political leaders less and less able to break from policies that add to deficits and debt.

How does an economy get into such situation? The answer is in its history. In the Japanese case, the construction sector was crucial to rebuilding Japan after WWII. Manufacturing was important for enabling Japan to meet its economic needs.

To grow further, Japan had to adopt export-led growth strategies. To maximize growth, Japan's policies were shaped to benefit these sectors most.

Over time, promoted sectors become the major contributors to national GDP — and reflect the composition of the incentives.

When the conditions that led the economy to pursue one growth strategy or another change, as a result of changed external conditions (such as globalization), that economy is vulnerable to a slowdown.

The previously supported sectors will tend to contract faster than newer sectors can grow. This asymmetry causes that country's GDP to weaken. This is the cause of the initial tilt into a structural trap.

Unfortunately, political leaders often do not understand that the economic slowdown is the result of longer-term structural changes. And they are not familiar with the effectiveness of private market decision-making.

But that supposed cushion only delays the needed longer-term reallocations of capital and puts the country at risk of falling into a structural trap.

The litmus test of whether policy actions are leading a country into a trap or not is whether the actions facilitate — or obstruct — capital reallocation from low-return, old-growth sectors to higher-return, newer-growth sectors.

As a partial consequence of this, the financial burden on Japan’s young people is the heaviest in the world. This burden can be talked about two ways — in generational accounting terms and in terms of the cost of reducing Japan’s debt-to-GDP ratio to a sustainable level.

In generational accounting terms, the present-value of the expected taxes younger Japanese voters will have to pay to fund the retirement and health care expenses of older voters — the generational burden — is the highest in the world.

Third, it reduces family formation and birth rates. And fourth, it leads to higher percentages of people who neglect to make required pension contributions — which of course increases the generational burden.

These burdens are so great in comparison to other countries that they put Japan at a serious competitive disadvantage.

According to a recent generational accounting analysis, the good news for young Japanese it their generational burden is less than that in Germany. The bad news is, it is almost twice that of a U.S. 10 year-old.

The other aging industrialized economies need to prepare themselves to contend with similarly dramatic challenges.

Asia Meets the Other Tiger