Yes We Can: How Eisenhower Wrestled Down the U.S. Warfare State

A former war hero practices fiscal rectitude at the Pentagon.

By David A. Stockman 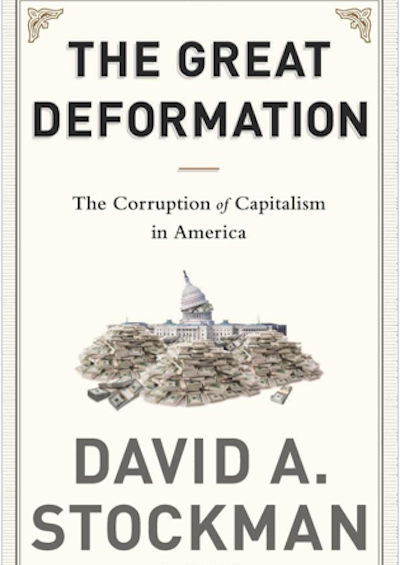 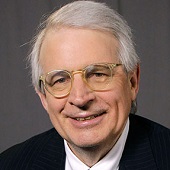 David A. Stockman is an author, former U.S. politician and businessman. He served as Ronald Reagan’s budget director from 1981-1985.

It was Dwight D. Eisenhower who brought U.S. defense spending back under control. Ike, the former supreme commander of the costliest military campaign in history, was a military war hero, but also a man who hated war. And he revered balanced budgets.

Accordingly, Eisenhower – the 34th President of the United States and in power for much of the 1950s — did not hesitate to wield the budgetary knife. When he did so, the blade came down squarely on the Pentagon.

The essence of Eisenhower’s immense fiscal achievement, an actual shrinkage of the federal budget in real terms during his eight-year term, is that he tamed the warfare state.

Eisenhower’s campaign for fiscal discipline started with the bloated war budget he inherited from Harry Truman, his predecessor.

To prepare the ground for what was to come, Eisenhower traveled to Korea immediately after his election in November 1952. His trip set in motion a negotiating process that made an armistice on the Korean peninsula a foregone conclusion.

Given the expected cutback of war expense, the new White House team led by incoming Treasury Secretary (and a deficit, not defense, hawk) George Humphrey was shocked by Truman’s planned defense budget for the upcoming fiscal year. It was still 6% higher than the current year’s.

With Eisenhower’s blessing, the budget request inherited from Truman was slashed by nearly 30%, with more cuts targeted for future years.

Although defense spending never did shrink all the way to Ike’s target, the wind-down of Truman’s war budget was swift and drastic. When measured in constant 2005 dollars of purchasing power, the defense budget was reduced from a peak of $515 billion in fiscal 1953 to $370 billion by fiscal 1956. It remained at that level through the end of Eisenhower’s second term.

Moreover, even though Democrats charged that Eisenhower and Humphrey were “allowing their Neanderthal fiscal views to endanger the national security,” the actual record proves the administration’s drastic rollback of Pentagon spending was not based merely on penny-pinching.

Instead, it flowed from a reasoned retrenchment of the nation’s national security strategy called the “New Look.”

The new policy doctrine of the Eisenhower Administration called for a sharp reduction in land and naval forces. That move was coupled with a significantly increased reliance for nuclear deterrence on the air force bomber fleet and the rapid development of intercontinental ballistic missiles.

Democrats as hawks on defense

The New Look contrasted sharply with the inherited doctrine known as NSC-68. Written by Truman’s coterie of confirmed cold warriors, such as Dean Acheson and Paul Nitze. They had stressed the maintenance of extensive conventional forces and a U.S. capacity to fight multiple land wars simultaneously.

At the end of the day, the general who had led the greatest land invasion ever undertaken could not be convinced that those scholastic theories of limited war were plausible in the nuclear age.

Instead, what Eisenhower feared acutely was that the massive permanent military budgets that were required by the “limited war” doctrines of NSC-68 would erode the economic foundation on which true national security ultimately depended.

The nearly one-third reduction in real U.S. defense spending during the Eisenhower years was thus achieved by sharp changes in priorities and force structure.

These moves included shrinking the U.S. Army by nearly 40%, large cuts in naval forces, and an overall reduction in military personnel from about 3.5 million in early 1953 to 2.5 million by December 1960.

Equally important, the military logrolling under which each armed service had been given exactly one-third of the defense budget was abandoned. Instead, under the New Look doctrine of “massive retaliation,” the air force was allocated 47% of the DOD budget, while the army got only 22% for its sharply circumscribed missions.

Why the land-war generals quit

Needless to say, Ike’s drastic change in national security doctrine and downsizing of the conventional force structure sharply curtailed the nation’s ability to wage land wars of intervention and occupation. And it also caused an explosion of outrage in the army.

In fact, its two representatives on the joint chiefs of staff, Generals Matthew Ridgeway and Maxwell Taylor, resigned in protest against General Eisenhower’s new strategy. They understood that the army would not be getting another Korea-type assignment anytime soon.

The irony is that Ridgeway and Taylor were later rehabilitated by Kennedy’s Secretary of Defense, Robert McNamara. The whiz-kid Ford Motor executive knew as little about military and defense matters as Eisenhower did about selling cars such as swept-wing sedans.

Nevertheless, soon after his appointment by President Kennedy, McNamara rehabilitated NSC-68, along with the extensive conventional forces needed “to prevent the steady erosion of the Free World through limited wars.”

Eggheads playing strategy games – and the nation and the world lose

Not surprisingly, with Ridgeway and Taylor back in charge “limited war” is exactly what the United States and the world got. In Vietnam, the country engaged in still another misguided land war in Asia. It turned out to be even more strategically senseless and fiscally corrosive than the one in Korea.

The war against Vietnam also provided definitive proof that imperial wars that were too unpopular to be financed with higher taxation (as were both Johnson’s war in Vietnam and George W. Bush’s in Iraq) were destined to end in bloody failure.

The budgetary side of the story is disillusioning for any Democrats who believe their side stands for lower defense outlays. By fiscal year 1968, the constant-dollar U.S. defense budget had rebounded from Ike’s $370 billion peacetime minimum and benefited from a 40% increase.

In fact, it was all the way back to the $515 billion war budget that Truman left on Eisenhower’s doorstep in 1953. Likewise, the armed forces were expanded by 40% from Ike’s 1960 level. By the Vietnam peak, the U.S. troop level reached the very same 3.5 million that had been attained during the Korean War.

As it stands, over the span of a few short years, the national security academics which came to the Kennedy-Johnson administration from the Ivy League universities took U.S. national security and defense policy on a complete round trip.

In essence, the Democrats in the 1960s reestablished the dangerous and costly capacity of the Untied States to undertake imperial adventures that the proven warrior from West Point had insisted should not stand.

Obama is no Eisenhower

By the time of George W. Bush’s final budget, constant-dollar U.S. warfare state spending had risen to an all-time high of nearly $600 billion.

Finally, on exactly the 50th budget anniversary of Eisenhower’s farewell speech warning of the dangers of the military-industrial complex, evidence of its insuperable powers was stunningly evident in Obama’s fiscal 2011 budget.

This was all the more surprising as the 2008 election had been even more unequivocally a “peace” election than 1968 had been. Why? Because this time, the “peace” candidate actually won. Yet, election mandate or no, Obama proved to be no peacenik like Eisenhower had been in his time in the Oval Office.

This made one thing abundantly clear: Even an out-and-out “peace” president is no match for the modern warfare state and the crony capitalist lobbies that safeguard the Moloch-like U.S. defense industry’s vast budgetary appetites.

Indeed, Barack Obama pushed the frontiers of the warfare state further than ever before. Beating his mandate for plowshares into an even mightier sword, the peace president pushed defense spending to a level 80% greater in real terms than General Eisenhower concluded was necessary.

Defense is the key to the deficit

So when all is said and done, the source of Eisenhower’s singular success among postwar presidents in actually shrinking the inflation-adjusted federal budget is quite clear: it was due first and foremost to his taming of the warfare state.

His feat is all the more impressive as it came at a time when America still had to fear nuclear attacks and the land was dotted with radar installations and air-raid shelters.

In light of subsequent history, the Eisenhower defense budget, coming in at $370 billion (in present-day dollars) was a signal fiscal policy accomplishment, even as it proved to be unsustainable and unrepeatable.

All of which leaves us with one overriding question in conclusion: How is it that, if the United States needed just $370 billion for its defense budget at the height of the bipolar, globe-spanning confrontation with a true enemy, the Soviet Union, we now need $670 billion – which is a staggering 80% more?

Editor’s note: This essay is adapted from “The Great Deformation: The Corruption of Capitalism in America” by David A. Stockman (Public Affairs, 2013). Published by arrangement with the author.

Eisenhower, the former war hero, tamed the U.S. warfare state – by taking the budget knife right to the Pentagon.

In the 1950s, Democrats charged that Eisenhower was endangering US national security via defense cutbacks.

Eisenhower understood that vast military budgets erode the economic foundations of the country.

Eisenhower decided to shrink the U.S. Army by nearly 40% and made large cuts in naval forces.

Even Obama the "peace candidate" has been no match for the lobbies that protect the US defense industry.

At the height of the Cold War, the US needed just $370 billion (current dollars) for its defense budget.

Why does the US now need $670 billion for defense – a staggering 80% more than under Eisenhower?

David A. Stockman is an author, former U.S. politician and businessman. He served as Ronald Reagan’s budget director from 1981-1985.

Eisenhower, the former war hero, tamed the U.S. warfare state – by taking the budget knife right to the Pentagon.

In the 1950s, Democrats charged that Eisenhower was endangering US national security via defense cutbacks.

Eisenhower understood that vast military budgets erode the economic foundations of the country.

Eisenhower decided to shrink the U.S. Army by nearly 40% and made large cuts in naval forces.

Even Obama the "peace candidate" has been no match for the lobbies that protect the US defense industry.

At the height of the Cold War, the US needed just $370 billion (current dollars) for its defense budget.

Why does the US now need $670 billion for defense – a staggering 80% more than under Eisenhower?