After Greece: Germany and Europe On the Ruins of Multiple Illusions

High time for more realism and a fundamental rethink of European structures. 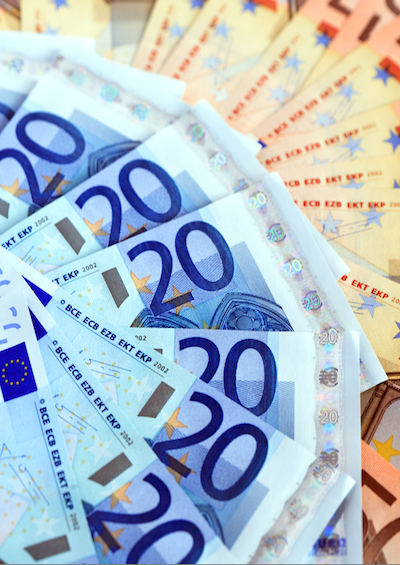 Erwin Grandinger is a financial and political analyst at EPM Group Berlin.

What we are witnessing in Greece and beyond, in Europe, is an absurd, but not entirely unexpected spectacle.

During the past couple of decades since the fall of the Berlin Wall and the dissolution of the Soviet Union, there has never been such a powerful agglomeration of political risk.

Fear reigns supreme not just among investors. Greece is a pile of shattered illusions. The euro has been decimated.

On top of that, the cycle of falling interest rates, which lasted for two generations, is slowly coming to an end.

The upcoming global turnaround in interest rates is hitting the Greeks with full force. Moreover, it threatens all Western European welfare states that have lived beyond their means for decades.

After all, the steady fall in interest rates has added fuel to the fire of welfare spending in Europe over the past 40 years.

Even in Germany, supposedly a “winner” of recent developments and economic trends, life insurance and state budgets are already at the breaking point.

How can a country survive if total debt (beyond the public sector alone) is growing in real terms year after year, with no reserves accumulated for social security and pensions? All this comes against the background of daunting demographic trends.

In short, far beyond the serious problems in Athens, we are dealing with a monetary union that has a ruined reputation and lost much resilience.

The idea to create a modern and homogeneous copy of the Empire of Charles the Great – called “Maastricht” this time around – was naïve. It has now ultimately failed, with and through Greece. This is the core message that policymakers are now starting to realize.

For some, this is extremely discomforting because it means that Europe will remain a continent of nation states.

But why else would the British government call a referendum on leaving the EU probably next year? Why else are very EU-skeptic trends gaining strength in other countries? The underlying message seems simple: If you are riding a dead horse, you need to get off.

When the German Chancellor Angela Merkel is satirized with a swastika armband on the streets of Athens, it is time to stop and rethink.

Let’s get real: There will never be the proverbial “phone number for Europe” that Henry Kissinger had demanded decades ago. This very idea contradicts 1,000 years of European history. The current Athenian drama is just the latest case in point.

The admission of the Greek drachma into EMU was heavily promoted in February 2000 by then German Chancellor Gerhard Schroeder and his Finance Minister, fellow Social Democrat Hans Eichel.

This is a prime example of the hubris with which bureaucrats have grossly ignored the cultural, governmental and economic realities – and never corrected their past errors, supposedly for the sake of a greater good. This is what you may call “consequence-free” governance. Bankers would go to jail for this (that is, one hopes).

Democracy does not mean to vote at the polls for redistribution to the point of fiscal ruin. Greece is the writing on the wall: The euro area must not serve as an eternal playground for grandiose schemes.

German investors are traumatized by an “Italianized” European Central Bank. The Bundesbank is humiliated and marginalized for good. Only 15 years ago, the deutschmark was believed to be the safest currency in the world – after the U.S. dollar.

And now? One country, Greece, which accounts for merely 1.2% of Eurozone GDP, has single-handedly shredded the whole bureaucratic construct of the “United States of Europe.”

Ever since May 8, 2010, when the first rescue package for Greece was whipped through the German Bundestag against better judgment, there have been warning voices that Germany and Europe are headed south. But timely retreat has never been a favored option for the Germans.

Greece is just the beginning. The whole financial architecture of Europe has been put to test. If one thing is clear, it is this: The euro will never challenge the U.S. dollar as the world’s preferred reserve currency.

Policy makers now realize that the monetary union has failed, with and through Greece.

Greece is the perfect example: The euro area must not serve as a playground for grandiose schemes.

Greece single-handedly shredded the whole bureaucratic construct of the “United States of Europe.”

Greece is just the beginning. The whole financial architecture of Europe has been put to test.

Erwin Grandinger is a financial and political analyst at EPM Group Berlin.

Policy makers now realize that the monetary union has failed, with and through Greece.

Greece is the perfect example: The euro area must not serve as a playground for grandiose schemes.

Greece single-handedly shredded the whole bureaucratic construct of the “United States of Europe.”

Greece is just the beginning. The whole financial architecture of Europe has been put to test.

The Uber of Athens