Is the global banking system “simpler, safer and fairer”? 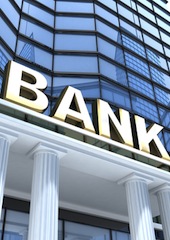 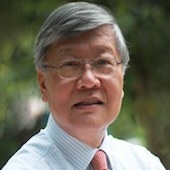 Andrew Sheng is well known in global financial circles as a former central banker and financial regulator in Asia.

2014 was a painful year that most bankers would prefer to forget rather than remember. As we enter 2015, there is a lot bankers have to reflect upon.

To begin with, 2014 was a year of record fines on banks. At last count, the fines and settlements were over $100 billion and still counting. Ignore the fact that more than half the value of fines was for geopolitical “non-compliance with trading with the enemy”, rather than doing bad for customers.

The main message is this: The regulators finally exuded power as to who is the boss.

Second, 2014 marked the end of the regulatory debate. The November G20 Summit in Brisbane endorsed the regulatory deal on Basel III and total loss absorbing capacity (TLAC). In combination, this package claims to fix too-big-to-fail banks without any need for bailout by public funds.

That sounds very good. However, while the fight over the content of the regulatory reforms is largely over, the implementation battle is only beginning.

If there is one forecast one can make with certainty, it is that when the G20 will review Basel III outcome by 2019, it will be a hotchpotch of national versions of macro-prudential stability. And everyone will conveniently claim to be “Basel III compliant” – in name but not necessarily in substance.

The changing nature of global banking

Third, commercial banks are facing the biggest challenge to their business model. The threat comes all the way from China – via the New York listing of Alibaba.com, an electronic marketplace that was not even licensed as a bank. Founded less than 10 years ago, its market capitalization at $250 billion matches that of Wells Fargo, the world’s largest bank by market capitalization.

AliPay, ApplePay and other electronic platforms threaten to revolutionize payments and also mobile finance, eating into the “lunch” of traditional retail banking.

Fourth, the consolidation of banking at the bottom of the industry is happening even as the industry becomes more concentrated at the top.

The globally systemically significant banks are gaining market share through mergers and acquisitions, while smaller banks are exiting the business. In the United States, since the passing of Gramm-Leach-Bliley Act of 1999, the number of U.S. community banks declined by one-quarter from 8,263 to 6,279.

Fifth, banks are no longer drivers of credit conditions. This is due to the massive intervention of reserve bank central banks in interest rates, liquidity, risk and duration through quantitative easing (QE).

There is, in fact, a real merry-go-round at work: The Fed is trying to withdraw, even as the European Central Bank (ECB) and the Bank of Japan are embarking on major expansion of their balance sheets.

Central bank balance sheets have increased by almost $1 trillion annually since 2007, bringing their share of global financial assets to $24 trillion or 8% of total by the end of 2013.

A perfect storm of issues

The burden of QE adjustments will primarily fall on emerging market economies (EMEs). This is due relationship between advanced market interest rates and risk premia on the one hand and EME rates and spreads on the other are non-linear.

A return to normal interest rates in advanced countries will cause real interest rates to spike in emerging markets, resulting in slower growth. The sharp depreciation of Asian exchange rates in November/December reflected such volatile capital flows.

In the meantime, commodity prices and exports are all under pressure due to the slowdown of China and the advanced markets.

All these factors in combination belie the heroic argument by Mark Carney, Chairman of the G20’s Financial Stability Board, that thanks to regulatory agreement the global banking system “is simpler, safe and fairer.”

Banks are caught by that creative destruction in both their customer balance sheets and in their own business model facing the invasion of Alipay, ApplePay and Bitcoin models of settlement – and all that on top of a regulatory squeeze.

The main message to bankers is this: The regulators finally exuded power as to who is the boss.

The fight over the content of regulatory reforms is largely over, the implementation battle is only beginning.

Andrew Sheng is well known in global financial circles as a former central banker and financial regulator in Asia.

The main message to bankers is this: The regulators finally exuded power as to who is the boss.

The fight over the content of regulatory reforms is largely over, the implementation battle is only beginning.

The Myth of Asia: Now Perpetrated By Asians Themselves