How common are protests in China, despite the serious ramifications towards those who do so? 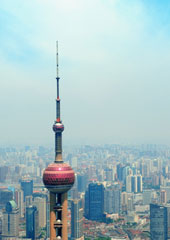 1. Tens of thousands of people arrive in China’s capital, Beijing, every year to petition the central government for solutions their local governments failed to provide.

3. In Beijing, these protesters are often beaten and detained illegally by a private security force, hired by local governments. Meanwhile, those local governments are notified to come collect their petitioners.

4. Once back in their hometowns, some are sent without trial to labor camps as a warning not to try again.

5. The Beijing detention centers are actually seen as an improvement over earlier secret jails where petitioners would be held indefinitely, without charge, in secret.

6. The relationship between the petitioner detention system and the official police system in Beijing remains murky. Nominally, the privately-run detention centers are illegal and police sometimes intervene.

7. But Beijing’s central government is also eager to prevent local protesters from massing in the capital and forming a wider movement, so they often tolerate the illegal detentions by external thugs.

Tens of thousands of Chinese travel to Beijing each year to petition for help with local grievances.

Tens of thousands of Chinese travel to Beijing each year to petition for help with local grievances.