COVID 19 and the Middle East

From Israel and Pakistan to India, ultra-conservative communities have emerged as virus-spreading clusters. This is not helped by governments reluctant to disrupt ultra-orthodox life by enforcing public health measures. 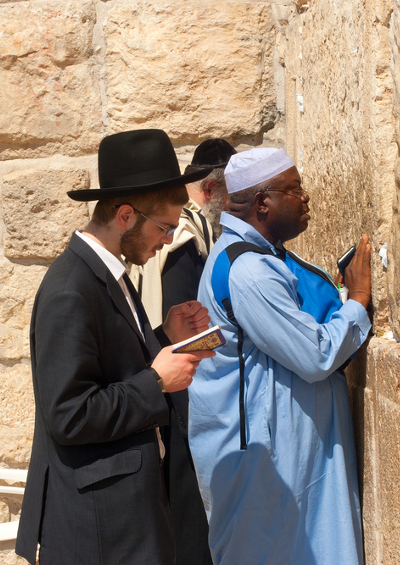 James M. Dorsey is a senior fellow at the S. Rajaratnam School of International Studies and an award-winning journalist.

Ultra-conservative communities have emerged as virus-spreading clusters across continents in Europe, Asia and the Middle East. Their strong resistance highlights the need to find a balance between social cohesion and ultra-conservative religious practices.

This also raises questions about the efficacy of demonizing and top-down efforts to impose social cohesion.

While government negligence allowed an Evangelist prayer meeting to drive the spread of the virus in France, it is politicians seeking to placate ultra-conservative communities in Israel and Pakistan that have been the source of real trouble.

Ironically, it is the ultra-conservatives, the very people the politicians pretend to protect, who pay the price for the politicians’ readiness to placate them with high infection rates.

European governments have made efforts over the past two decades to restrict ultra-conservative Muslim and, to a lesser degree, Jewish practices in a bid to prevent the fringes of society turning into breeding grounds for militancy and political violence.

In that quest, various European governments have sought to impose social cohesion via such measures as banning women’s face covers, forcing people to shake the hand of someone of a different gender, restricting foreign funding for religious institutions and calls for outlawing Muslim and Jewish rituals for the slaughter of animals.

Israeli efforts to combat the coronavirus have highlighted similar social cohesion issues with ultra-orthodox Jewish communities in Jerusalem and Bnei Brak, a city near Tel Aviv, that are among the Jewish state’s foremost virus clusters. Authorities put Bnei Brak this week in lockdown.

Initial government reluctance to enforce the closure of schools and synagogues as well as social distancing among the ultra-orthodox — who account for 12% of Israel’s population of 8.6 million — was seemingly motivated by Prime Minister Benyamin Netanyahu’s political interests.

He fears alienating religious parties that support his effort to form a new post-election government.

Mr. Netanyahu has recently been twice in quarantine. Once after having been in face-to-face contact with his ultra-orthodox advisor, Rivka Paluch, who tested positive, and a second time after his health minister, Yaakov Litzman, a prominent member of the ultra-orthodox community, contracted the disease.

It took the disease to persuade Mr. Litzman that harsher measures were needed.

Mr. Litzman, discussing the virus, insisted last month that “we are praying and hoping that Messiah will come by Passover, it’s the time of redemption. I am sure that the Messiah will come just like he took us out of Egypt.”

Mr. Litzman and Ms. Paluch’s initial resistance to tough public health measures suggests that ultra-orthodox assertions that lack of information explained ultra-orthodox resistance was not the only reason for the failure of to comply with government policy.

To be sure, ultra-orthodox Jews frequently live in a world of their own that centers on prayer and religious learning. Many do not have television, access to the internet or listen to mainstream radio broadcasts. They rely on community news sheets.

No way around disrupting ultra-orthodox life

Unlike Muslims, Jews require for certain prayers a quorum of at least ten adult men. The government’s closure of rituals baths, moreover, means that couples are banned from intimacy or sleeping in one bed.

Furthermore, ultra-orthodox interactions with more secular Jewish society are few and far between. Members of the community often speak Yiddish, rather than Hebrew, a language that in their view is reserved for prayer in the absence of the arrival of the Messiah.

Like recent ultra-orthodox funerals, recent mass gatherings in Pakistan, Malaysia and India of Tablighi Jamaat, a transnational ultra-conservative Muslim movement, have turned into hubs from which the coronavirus has spread.

Former Israeli justice and religious affairs minister Yossi Beilin could have been speaking about the Tablighi when he summed up the ultra-orthodox Jewish view as “keep praying together. Whatever you try doing will not change anything, because the disaster is a God-given phenomenon, and only begging God may change things for the better.”

Talking about the ultra-orthodox, Gilad Malach of the Israel Democracy Institute appeared to put the onus on ultra-conservatives. “The main question towards the future is whether within the community there will be voices…that will say: We want to protect our community, but we also belong to the state,” Mr. Malach said.

The coronavirus points to the need to balance exclusionary religious practices and social cohesion.

In France, an Evangelist prayer meeting helped spread the coronavirus. In Israel and Pakistan, politicians trying to placate ultra-conservative communities has also led to trouble.

James M. Dorsey is a senior fellow at the S. Rajaratnam School of International Studies and an award-winning journalist.

The coronavirus points to the need to balance exclusionary religious practices and social cohesion.

In France, an Evangelist prayer meeting helped spread the coronavirus. In Israel and Pakistan, politicians trying to placate ultra-conservative communities has also led to trouble.